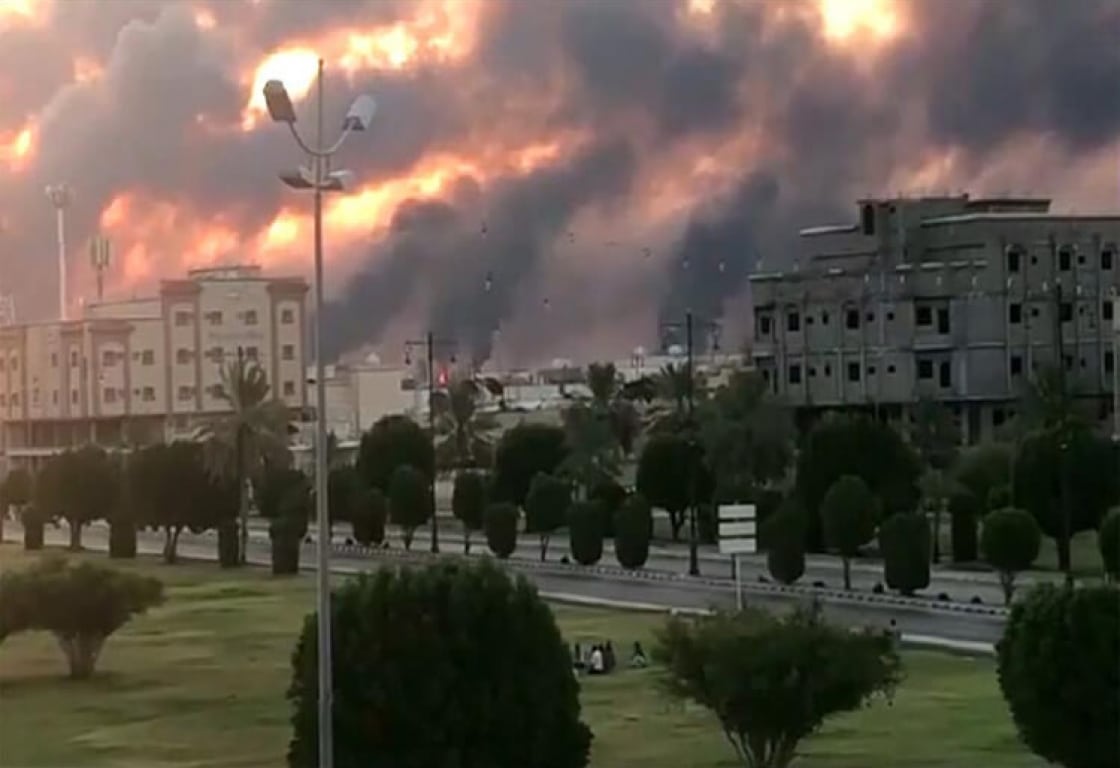 The two benchmarks achieved their first weekly rise in three weeks, while Brent crude achieved a weekly jump of 10% and West Texas Intermediate by 8%.

Witnesses said that a huge cloud of black smoke was seen rising in Jeddah, where the giant Saudi Aramco owns several oil facilities.

A military spokesman said that the Yemeni Houthi attack targeted  Jeddah with missiles and drones. He added that the attacks targeted the Ras Tanura and Rabigh refineries.

“We’re seeing unrest in Russia and Ukraine and now we’re seeing it once again over on Saudi and if we continue to see attacks on both areas, no one wants to be short oil right now,” said Dennis Kissler, Senior Vice President of trading at BOK Financial.

In a related context, the Ansar Allah Houthi movement in Yemen announced that it had targeted Aramco’s facilities in Jeddah and vital facilities in the Saudi capital, Riyadh, with a batch of winged missiles and drones.

The movement said that it bombed vital and important targets in the areas of Jizan, Dhahran al-Janoub, Abha and Khamis Mushait with large numbers of ballistic missiles.

Al-Masirah TV, affiliated with the Houthis, quoted the movement as saying that its armed forces carried out the “third operation to break the siege” in the Saudi depth with large numbers of ballistic and winged missiles and drones.

For its part, the Saudi-led Arab coalition confirmed the targeting of the Aramco plant in Jeddah and the Samtah power plant with missiles launched from the Yemeni city of Al Hudaydah.

The coalition said that the shell that landed in the Samtah power station caused “limited fire,” adding that it reserves the right to “respond in a timely manner.”

Plumes of smoke rose in Jeddah, the second largest city in Saudi Arabia, after the Houthis announced targeting an Aramco facility in the city, with the date approaching Jeddah to host the Formula 1 race.