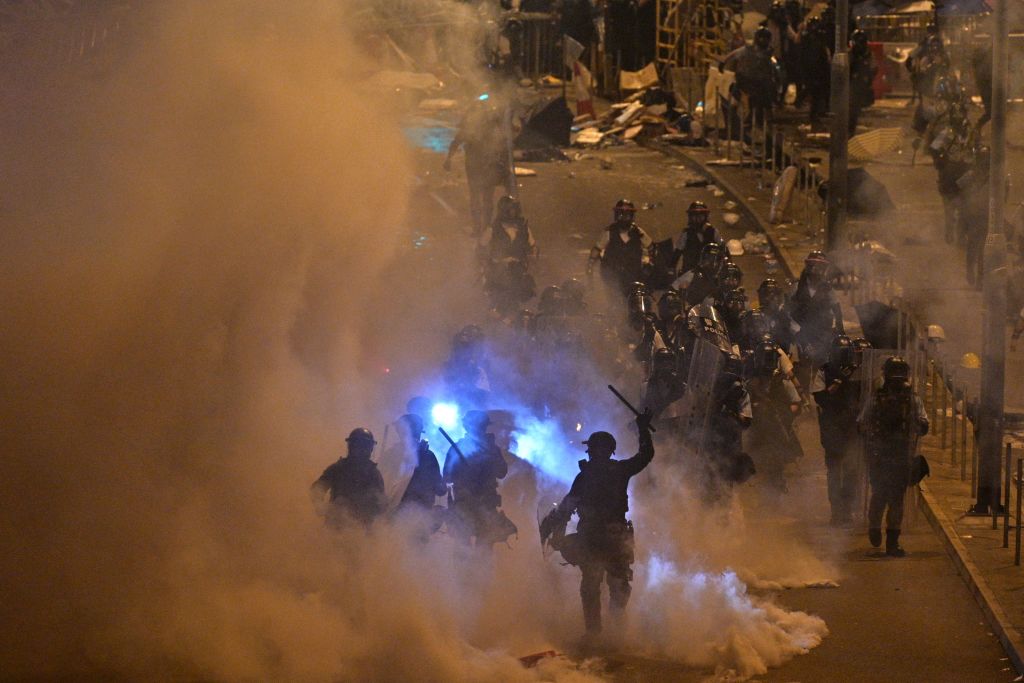 Hong Kongs protests against Chinese authorities showed no sign of fading this weekend as demonstrators took aim at mainland traders near the border.

Protesters and police clashed as thousands of people marched against the presence of Chinese traders in the Hong Kong border town of Sheung Shui.

Police used pepper spray and took to Twitter to urge protesters to halt the violence.

The rallies come amid frustration at Chinese “middlemen” that have bought bulk volumes of tax-free goods at the border town to sell on in the mainland.

The demonstrations are the latest development in a tense stand-off in recent months between Hong Kong protesters and lawmakers in Beijing.

Millions of people have taken to the streets in Hong Kong over recent weeks to protest against controversial extradition proposals.

Last week the leader of Hong Kong sought to quell public anger by insisting that the bill was “dead”, but stopped short of meeting demands to formally withdraw the measure.