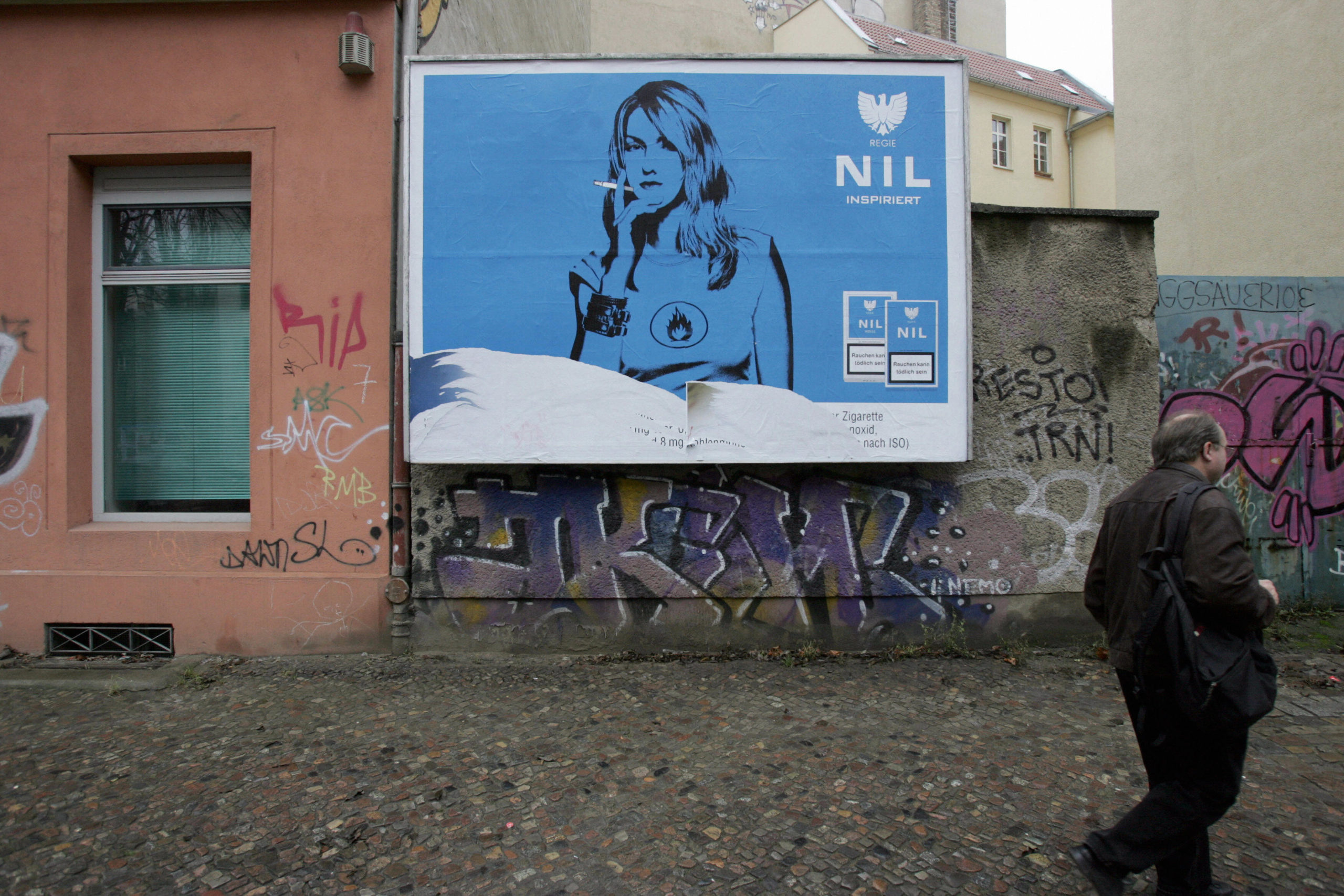 BERLIN — Germany is moving one step closer to banning the outdoor tobacco ads that have long made it an outlier in the EU.

Lawmakers are debating later on Friday a proposal — backed by the countrys grand coalition of center-right and center-left — that would ban things like cigarette ads on bus stops as well as outdoor promotions for vaping products.

While final passage isnt expected until later this summer, the measures support across most parties points to strong chances of success.

The fact that the debate is moving ahead marks a major political turnabout.

Even though Germany banned tobacco ads on TV and radio long ago, it remains the only EU country that still allows outdoor tobacco ads, for instance on billboards and bus stops, as well as ads in movie theaters after 6 p.m.

The first attempt at changing that occurred in 2016, when the federal cabinet approved a draft bill to ban those ads starting in 2020. The legislation ran aground due to opposition from Germanys Christian Democrats.

Thanks in part to pressure from Chancellor Angela Merkel, however, the tide began turning last year. And when the conservatives Daniela Ludwig took on the job of drug commissioner last September, she signaled the partys stance was shifting.

Ahead of Fridays debate, she told POLITICO shes “very pleased” that lawmakers were set to debate the measure, which she said she has been “very much committed to” since she took office.

“Im very sure that tobacco and e-cigarette outdoor advertising will no longer exist in Germany in the future,” she added.

She has gotten strong backing from Germanys Medical Association, which has pointed to the countrys 120,000 tobacco-related deaths per year. The group cites studies showing “that tobacco advertising increases the attractiveness of tobacco products, especially among children and young people.”