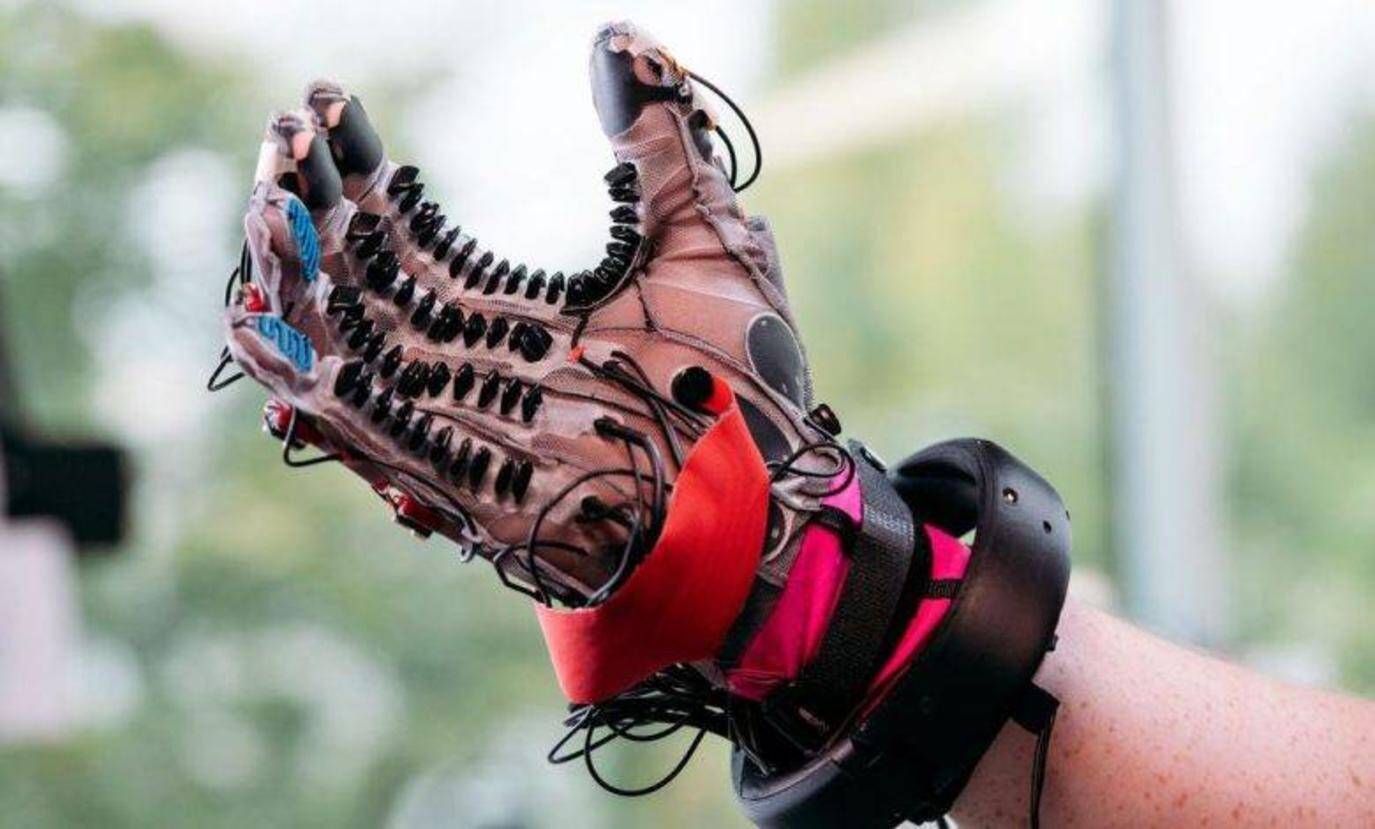 Meta Corporation (formerly Facebook) has moved to an exciting stage in its plan to build a new “metaverse” or virtual world by unveiling a new haptic glove.

The company revealed a new magical glove, which gives its wearer sensations that simulate the feeling of real objects when interacting with them in the virtual space.

When you wear this glove, you are convinced that you are holding the real thing (or something close to it), even when the item is entirely digital, according to aitnews.

Long before Facebook officially rebranded as Meta — a signal to the world that it had gotten more serious about virtual and augmented reality technologies — the company began revealing key parts of its envisioned metaverse.

The Meta Quest 2, or formerly Oculus Quest 2, is considered one of the best wireless headsets available for virtual reality.

Meta Reality Labs, the company’s research and development arm, unveiled a device that can be worn on the wrist that translates electric motor nerve signals into digital commands.

The division also revealed a headset coming from Project Cambria that is supposed to support photo-realistic avatars and advanced eye tracking.

The haptic glove has been in development for several years and is still close to being released to the public, says Michael Abrash, chief scientist at Meta Reality Labs, and Shaun Keeler, director of research sciences at Reality Labs.

But this glove is another part of the company’s big VR and AR picture. Scene, sound and touch combine to make the augmented digital world even more realistic.

“What we’re trying to do is figure out how to give you rich feedback so that your hands become fully useful,” Abrash says.

“This is a key piece and one of the hardest, long-term riskiest pieces, but once this is in place, then VR can really become an environment in which almost anything is possible that you are effectively capable of doing.”

Zuckerberg noted that the new Facebook name Meta symbolizes the fact that you can always build something new.

He stated that the new brand focuses the company’s attention on the metaverse, where a person abandons screens and experiences the impact of being in virtual reality.

Facebook offers products based on the metaverse, such as augmented reality glasses, which Zuckerberg believes will be the revolution of the current century everywhere in the world.