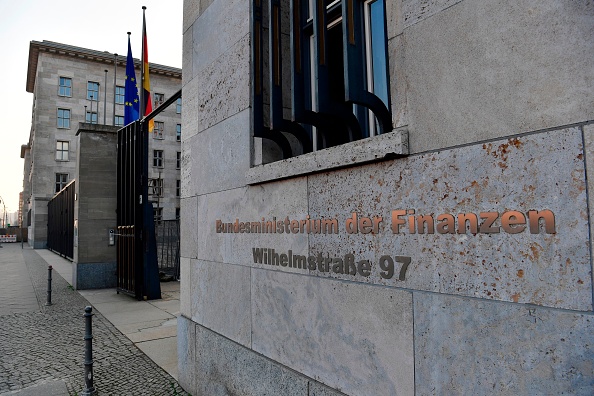 Figures from the German finance ministry show it today sold 10-year Bunds with a yield of minus 0.26 per cent, meaning investors would receive less money than they paid for them should they hold the bonds until they mature.

Germany also cut the coupon – the regular interest payments on the Bunds – to zero, but nonetheless sold €3.2bn (£2.9bn) worth of 10-year debt.

The demand for so-called safe-haven assets has climbed dramatically as the global economy slows and central banks looked poised to cut interest rates.

Recent hints from European Central Bank (ECB) boss Mario Draghi that he could cut rates and relaunch a stimulus bond-buying programme have caused a rally in European government debt.

“Weve had the slowdown, weve had this lack of inflation, and this idea now that the ECBs likely to cut rates, certainly by September and possibly earlier, is obviously putting a lot of downward pressure on bond yields,” he said.

Greek bond yields hit an all-time low on Monday after an election saw the conservative New Democracy party take power from the leftist Syriza party. Market yields on Greeces 10-year debt today stood around 2.3 per cent, compared to 3.9 per cent a year ago.

In Italy, yields have been pushed down by the European Unions decision not to sanction Rome over its public debt levels. Its 10-year bond yields today traded at around 1.8 per cent.