BERLIN – German Economy Minister Peter Altmaier on Monday defended describing the United States as “unreliable and untrustworthy” in a debate over whether Chinese companies should be banned from providing equipment for Germanys 5G telecoms network.

The U.S. ambassador to Berlin, Richard Grenell, strongly condemned the remarks, branding them “an insult to the thousands of American troops who help ensure Germanys security and the millions of Americans committed to a strong Western alliance.”

Altmaier, Angela Merkels former chief of staff and a close ally of the chancellor, made the comments on live television Sunday during a talk show about whether Germany should allow Chinas Huawei to provide equipment for the rollout of the 5G network. Merkel has advocated letting the Chinese in, despite deep reservations both within her own party and her governing coalition.

In his remarks, the minister made reference to spying in Germany by the U.S. National Security Agency (NSA), which included eavesdropping on Merkels mobile phone calls.

“We live in an open world,” Altmaier said to a journalist on the show who challenged the governments position. “I recall during the NSA affair, when I was chief of staff, how you continuously investigated how unreliable and untrustworthy the U.S. government was, and we didnt impose a boycott then either.”

Asked about the comments by POLITICO on the sidelines of a technology conference in Berlin, Altmaier said he was “very upset” by what he termed mischaracterizations of his remarks.

“In no way did I put countries that do not respect the rule of law on the same level as democracies that respect the rule of law such as the United States — quite the opposite,” he said, adding that he had instead “defended the United States against accusations of mass surveillance of the internet, which were raised by [German] opposition politicians” after the revelations in 2013 that the NSA had bugged Merkels mobile phone.

But Altmaier added that it is “important to note” that regulation forcing companies to hand over data to state authorities under certain conditions “exist in many countries when it comes to law enforcement,” in an apparent reference to the U.S. CLOUD Act, which was signed into law last year by President Donald Trump and allows American authorities to compel U.S.-based tech companies to provide data, regardless of whether it is stored in the U.S. or abroad.

Altmaiers negative characterization of Germanys longtime ally and protector illustrates the depth of the rift between the U.S. and Germany, which has worsened in recent months amid trade disputes and Washingtons persistent criticism of Berlins failure to meet NATO defense spending goals. 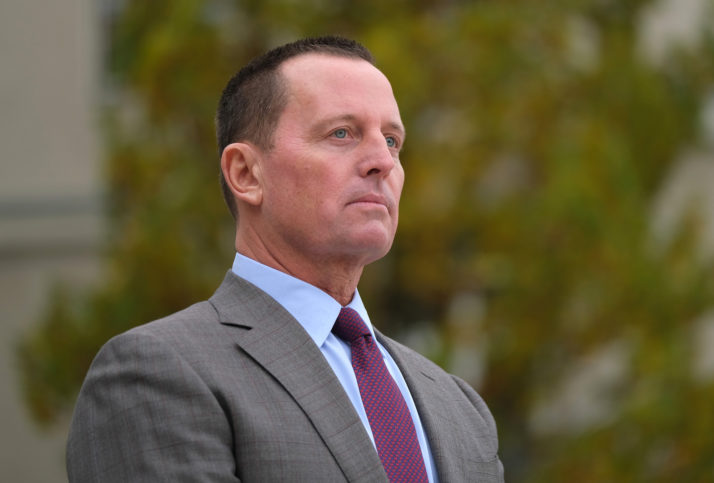 The ministers comments, which came as Beijings repressive policies towards its own population have come into full view in recent days in both Hong Kong and Xinjiang, surprised many viewers and even some of his fellow talk-show guests, who quickly pointed out that the U.S. is a democracy governed by the rule of law.

Grenell, the U.S. ambassador, weighed in with his response the following day.

“The United States and Germany, nations that do share common values, need to work together to call out threats that undermine our democracy and work continuously to advance the cause of freedom,” GrenellRead More – Source