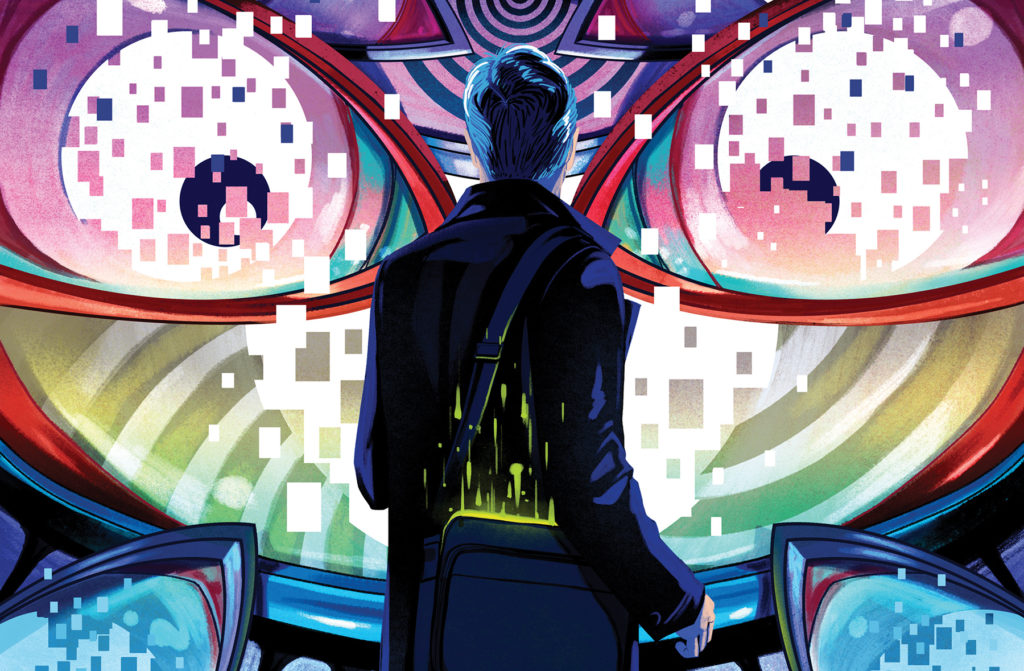 Illustration by Jonathan Bartlett for POLITICO

When the European Unions General Data Protection Regulation enters into force this week, the political calculus around it shifts. The authors and midwives of the law in Brussels slide down the power ladder, for the most part.

The national regulators in charge of keeping an eye on companies holding and processing and exploiting your data move up.

The companies themselves wield significant influence. As we have seen with Facebook, questionable use of personal data can blow up in Big Techs face. Companies will also be at the center of key court cases that will define much of how the law is interpreted in coming years. GDPR also goes beyond the tech industry: Health care companies, banks and financial companies, and telecoms would also influence how the law is used.

This power matrix is based on POLITICOs reporting on who calls the shots, as well as answers given in questionnaires and interviews with a wide range of players active in data protection. We measure both influence and preparedness. 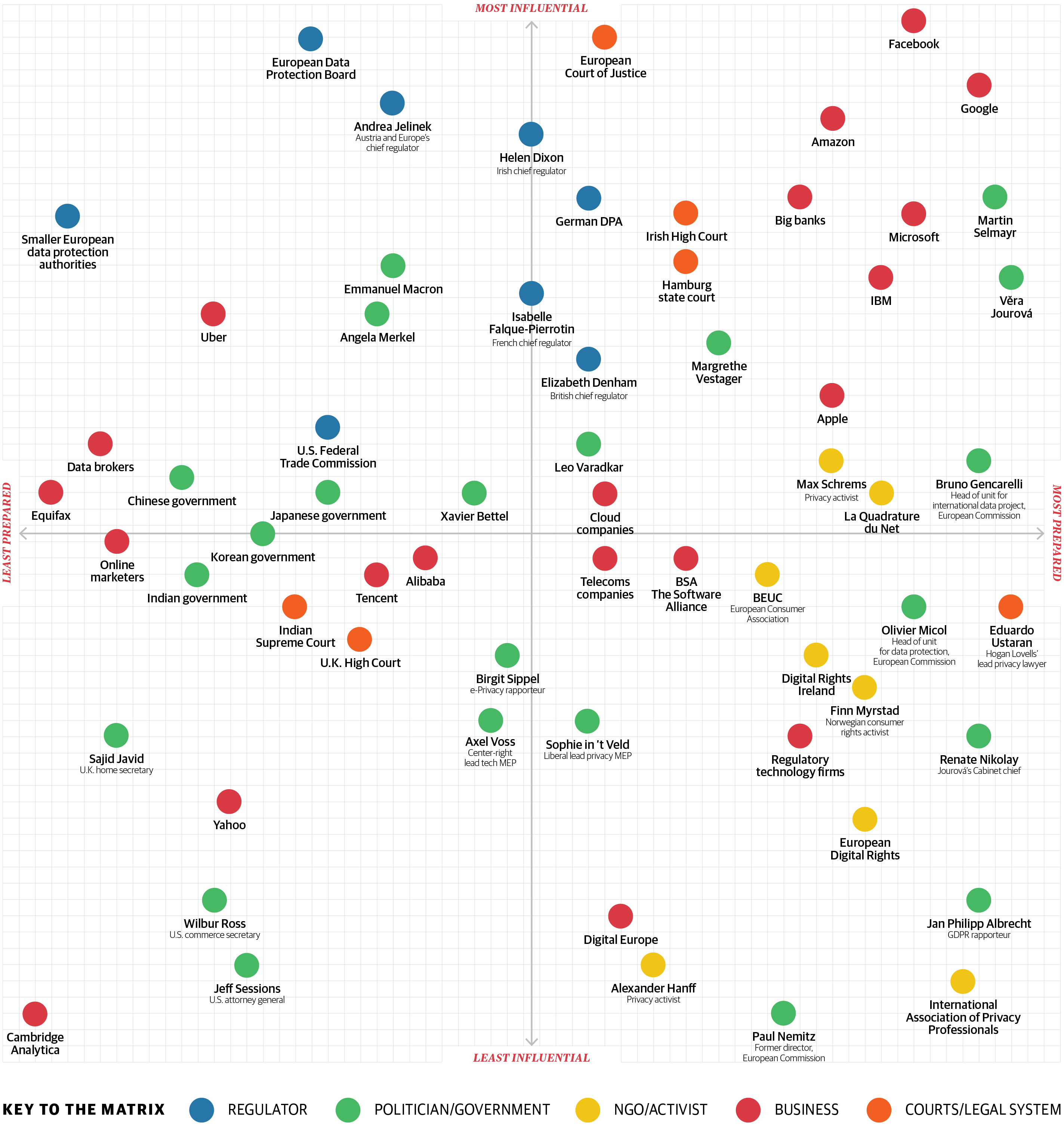 (Download a printer-friendly PDF version of the matrix here.)

Those interviewed and polled consider European courts — and especially the European Court of Justice — as top influencers once GDPR is in force, flanked by the Continents national and EU data protection authorities (DPAs). Tech companies were considered relatively influential, ahead of NGOs, politicians and non-EU regulators.

Of Europes top data protection regulators, Austrias Andrea Jelinek and Irelands Helen Dixon were deemed most influential. The former will head the European Data Protection Board, coordinating enforcement across the Continent, while the latter enforces the law in a country host to many of Big Techs European headquarters. Unfortunately, many of Europes DPAs are woefully understaffed and largely unprepared to take up their role.

Non-European authorities will have an impact too, even if theyre not always well prepared. That includes the U.S. Federal Trade Commission, Japanese, Korean and Indian authorities, and even the Chinese government.