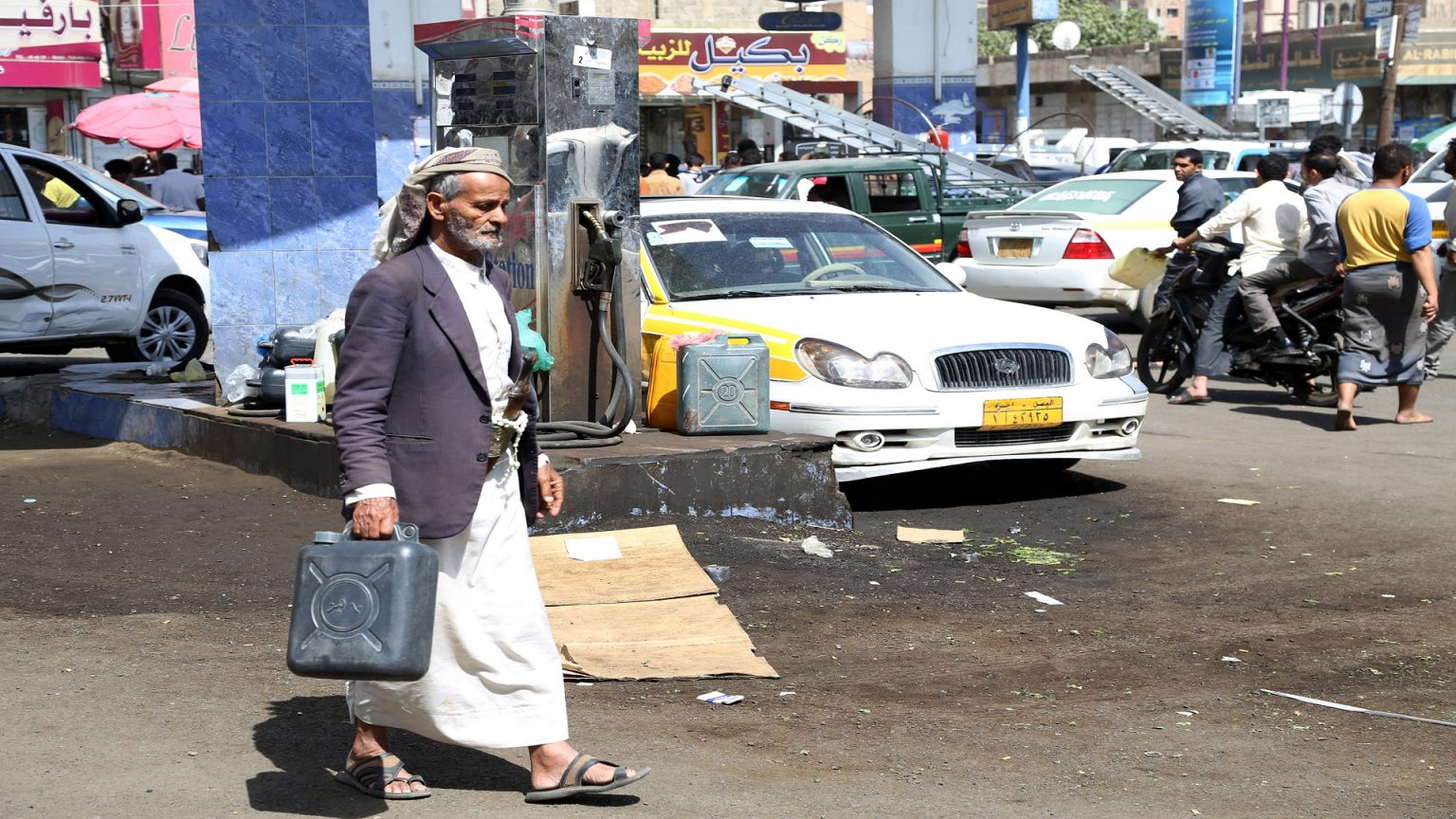 The government decided to reduce fuel prices in a rare step, which the government attributed to the recovery of the riyal after the recent measures.

According to an official at the Yemen Petroleum Company (YPC) in Aden, the temporary capital, “the company’s leadership decided to reduce the prices of motor fuels by 15% for the first time in years, in line with the changes in the exchange rates of the riyal and the international prices of oil derivatives.”

YPC has been announcing at the end of each month a new rise in prices, the most recent of which was in late November, when it raised car fuel prices by 22.5%.

The move sparked a wave of anger that prompted citizens to protest against the deteriorating living conditions, the collapse of the currency, the lack of services, and a war that brought one of the poorest Arab country to the brink of famine.

The YPC official suggested that the reason for the price cut is the drop in the prices at which traders and suppliers buy fuel from abroad, as well as the decline in global oil prices and the rise in the price of the Yemeni riyal.

The local currency regained some of its value against the dollar in the exchange market in Aden, following the decision of President Abd Rabbo Mansour Hadi early last week to restructure the board of directors of the Central Bank, which included the appointment of a new governor and deputy governor of the bank.

Dealers and money changers in Aden said that the value of the riyal rose to 1,350 riyals against the dollar for purchase and 1,365 riyals for sale, after it was at 1,600 riyals ten days ago.

The value of the riyal recently witnessed a sharp decline that pushed it to its lowest level ever at the beginning of this month, when it crossed the barrier of 1,700 riyals amid mounting warnings of a greater economic disaster.

The Yemeni currency has lost more than three-quarters of its value since the outbreak of the war in early 2015. This caused a massive rise in prices while many Yemenis have become unable to buy most basic and luxury goods.