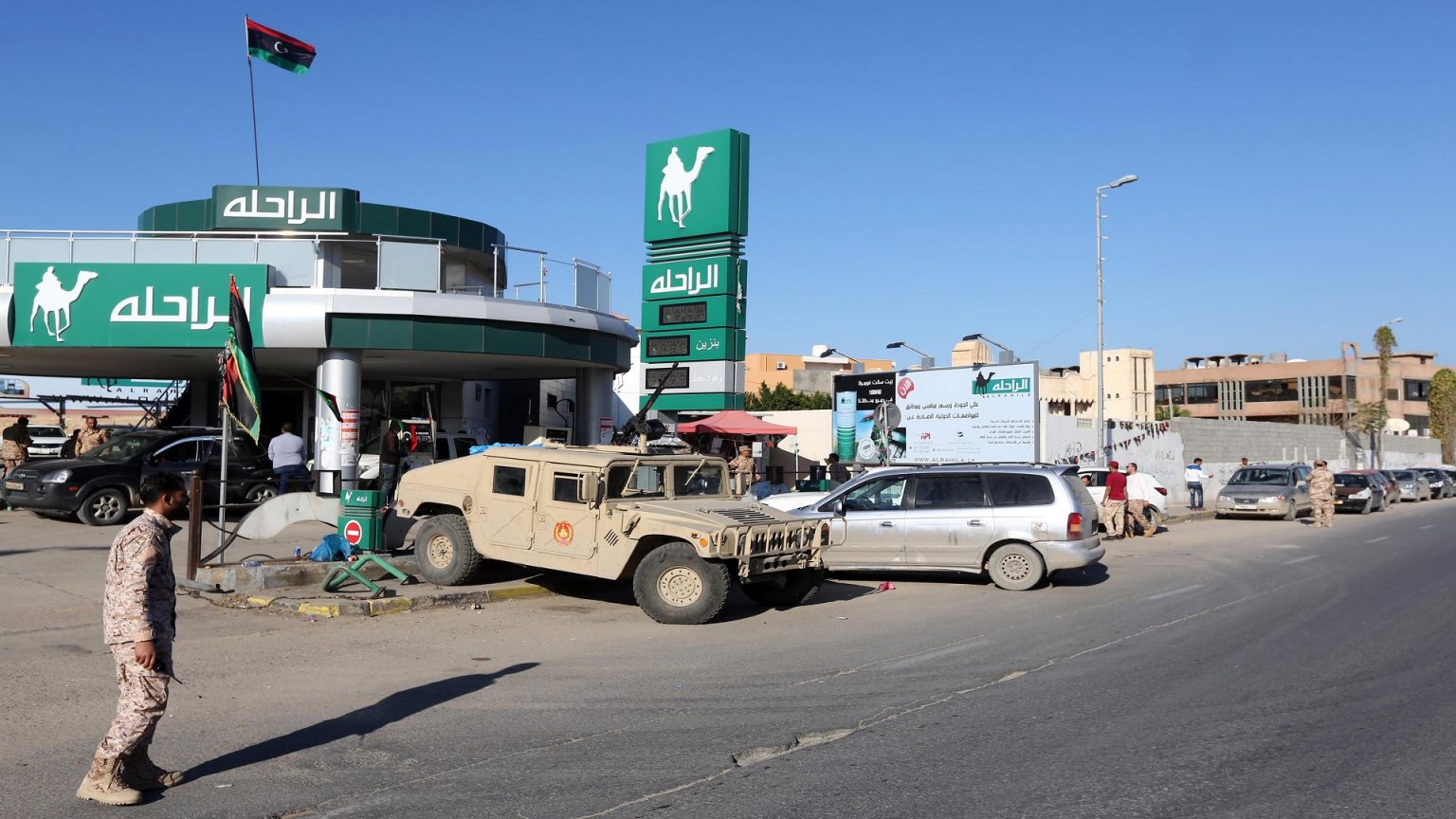 A fuel crisis has swept the Libyan capital, Tripoli, and its suburbs, with the majority of gas stations closing their doors after running out of fuel.

Fuel quantities are running low in Tripoli, while the Brega company has reassured citizens that the crisis is on its way to a solution.

Every day, cars queue from dawn in front of gas stations to get a few liters of gasoline, while there is not enough fuel in the outskirts of Tripoli and remote areas for more than a week.

There are two narratives for the fuel crisis at the stations. The first is that of the official Brega company, which denies the shortage of gasoline and says through its data that there is enough stock for consumers.

As for the second narrative, it confirms that the cause of the crisis is due to the delay in petrol tankers through the ports, and the management of the Brega Company and the National Oil Corporation bear the responsibility, according to the statements of the head of the Association for the Transport of Oil and Its Derivatives, Toure Al-Manqush.

He said that “There is no problem with the petroleum-derived trucks, and they operate normally to transport gasoline to stations, but in the recent period there is no gasoline at the company and most of the stations are closed.”

For his part, the head of the Brega Oil Marketing Company, Ibrahim Bubraida, said that the crisis is on its way to a solution, and that the company has an estimated stock of 65 million liters of gasoline that suffices all stations, and there is no need to panic.

In response to a question about the reason for the delay of gasoline tankers from abroad, he said that there is a miscoordination that occurred in some of the tankers, and we have drawn up alternative plans for feeding all parts of the country, noting that gasoline tankers are successively arriving at the ports of Misrata, Tripoli and Benghazi to address the shortage.

According to monthly official data of the Brega Oil Marketing Company, Libya consumes 540 million liters of gasoline per month.

The Government of National Unity has allocated $3 billion to support hydrocarbons through the proposed budget in 2021. Libya greatly subsidizes gasoline, as it is sold at a low price (0.15 piaster per liter). The price of the dollar is 4.48 dinars.

According to observers, Libya, one of the most important oil producers in Africa, suffers from successive fuel crises due to the smuggling of huge quantities of fuel to neighboring countries via sea or land freight, taking advantage of the generous support provided by the government to this commodity.