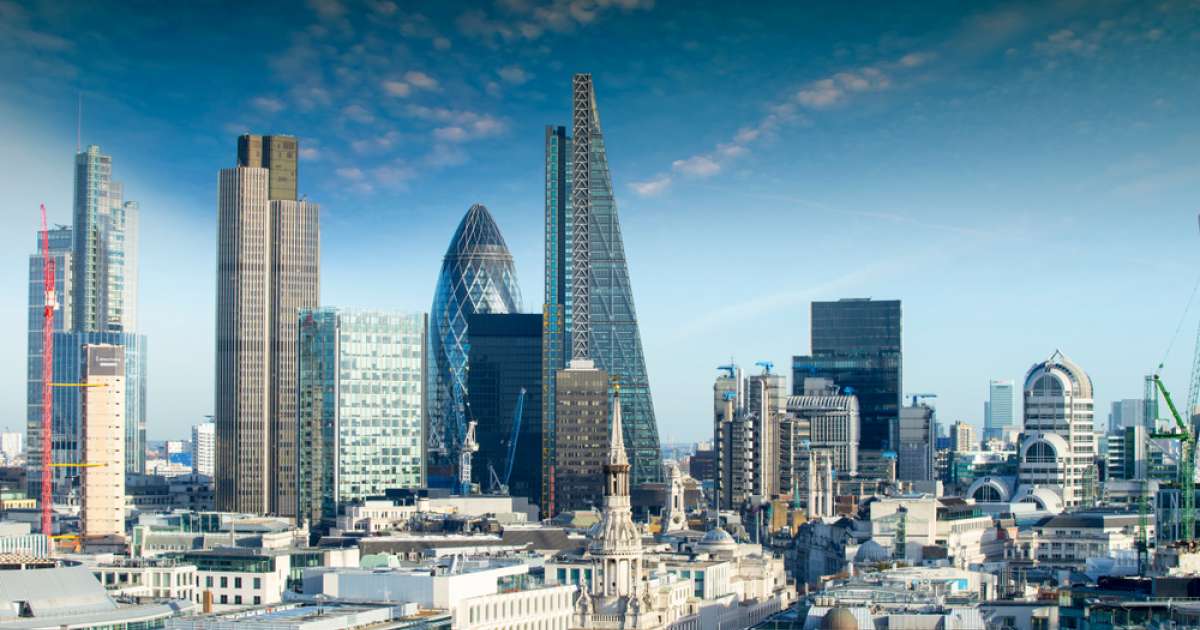 FTSE 100 index closed in the red on Friday after a lacklustre session and ahead of the bank holiday weekend.

"This morning there was some excitement as Shinzo Abe, the prime minister of Japan, announced he was stepping down for health reasons," noted David Madden, at CMC Markets.

"The surprise announcement made a lot of headlines, but it didnt have a huge impact on stocks in Europe. Things have been a little directionless today, partially because there has been a lack of local news, but it is likely that UK-based traders are winding down ahead of the long weekend."

Top footsie laggard was beleaguered aerospace engineer Rolls Royce, which shed 3.28% to 241.80p. It follows the announcement yesterday that revenues in the six months to June had fallen by 26% to £5.8bn, while the group's £5.4bn record loss had included a £2.6bn foreign exchange loss, £1.1bn from impairments and £366mln of restructuring charges.

Rolls is looking to raise £2billion by selling parts of its business as it struggles to get through the pandemic.

As expected, the markets in New York have made a positive start to the final session of the week as traders maintained positivity arising from Fed chair Jerome Powells speech on Thursday which indicated an easing of monetary policy from the central bank.

Markets seemed to have shrugged off a slowdown in US consumer spending in July, which could cause the economic recovery to lose some steam, while personal incomes rose 0.4% in the month as the US government kept paying businesses to keep employees on the payroll.

The positive start for the Dow also means the index has effectively erased all of its losses for the year-to-date following its plunge in March.

Its not long now until the Bank of England governor, Andrew Bailey, is set to give his speech at the symposium of central bankers.

Dont forget that Andrew Bailey will be speaking @KansasCityFed #JacksonHole2020 Economic Policy Symposium at 14:05 (BST) this afternoon. Watch live at: https://t.co/Y9qEBwdQ6b.
You will also be able to read his speech at https://t.co/m3b5RasoCM

There has been a modicum of excitement among the tiddlers, with Beximco Pharmaceuticals Ltd (LON:BXP) catching the eye with an announcement about a possible coronavirus (COVID-19) virus.

The manufacturer of generic pharmaceutical products and active pharmaceutical ingredients and the Serum Institute of India, the worlds largest vaccine producer, are to cooperate on the development of a COVID-19 vaccine.

12.30pm: Investors looks to US markets to provide a bit of impetus

European indices have been drab but their US counterparts are keen to get the party started following yesterdays speech from Federal Reserve chairman, Jerome Powell.

All of that may change when the US personal income and expenditure numbers for July are released.

“Today's monthly private consumption data for July are going to be very interesting. Retail sales grew again in July (despite high-frequency indicators suggesting otherwise) but it may be the case that consumers substituted away from services into goods,” commented Danske Bank.

Later in the day, we will have the Chicago purchasing managers index for August, which is expected to be around the 52 level, and the final reading of the University of Michigan consumer sentiment index, where economists have pencilled in a number of 72.8.

In London, the ennui continues but the Footsie has at least made it back into positive territory; its been flip-flopping like a beachgoers casual footwear all day and is currently up 7 points (0.1%) at 6,008.

The FTSE 100 has been on a short leash this morning, not venturing far from last nights close.

The FTSE 100 is currently down 9 points (0.1%) at 5,991 but considering sterling is up by four-fifths of a cent against the greenback – normally regarded as a headwind for Footsie stocks – that performance feels a bit like a moral victory.

The square root of bog-all is happening in terms of news flow for blue-chip companies but there is a bit more action among the FTSE 250s mid-caps.

Avon will compete for each order of the US$127mln over five years – or possibly seven if the extension periods are granted.

Shares in the packaging products and ciggie filters producer were down 0.1% at 311.2p after it said full-year revenue and adjusted operating profit are going to be around the current consensus.

If its excitement you want, then look no further than BBCI SICAV SA (LON:BBGI), because nothing says excitement more than infrastructure investment.

The trading day is just two hours old and it has already been an up-and-downer, with stocks now firmer on balance.

“As the dust settles on the Federal Reserves historic policy shift the mood in the market is upbeat. European bourses and US futures are pointing to a stronger start after a mixed finish on Wall Street overnight,” said Fiona Cincotta at City Index.

“Today it is the turn of Bank of England Governor Andrew Bailey to take to the virtual stage at Jackson Hole. Investors will be looking for further clarity around negative interest rates. Earlier this month Andrew Bailey said that negative rates were in the BoEs toolbox; however, he also said there are no plans yet to use them.

“The question is whether the BoE sticks to its preferred avenue and just adds additional stimulus to bridge the fallout from the withdrawal of the Governments job retention scheme, whilst keeping interest rates at or above 0 or whether this will be when the central bank looks towards using negative rates,” she added.

Baileys speech is likely to be a sedate affair, which is more than could be said (one expects) for a general meeting (if it happens) of Amigo Holdings PLC (LON:AMGO) to vote on proposals by disgruntled shareholders, the Richmond Group.

Richmond – the investment vehicle of Amigos founder James Benamor – has withdrawn one of its proposed resolutions from the general meeting it has requested, namely a vote on whether chief executive Glen Crawford should be removed as a director.

The controversial lender issued fiscal first-quarter results this morning that revealed a sharp rise in bad debts due to a more gloomy assessment of the prospects for customers in the aftermath of coronavirus.

The latest on the soap opera that is Amigo loans — complaint costs soaring, revenue falling, founder still battling to take control and now promising to buy 30% of comp at ~30% premium if shareholders back his attempted return https://t.co/2VgLtC3nx3 via @YahooFinanceUK

Shares in Amigo were up by a sixth at 14p after it said it is preparing to restart lending “on a prudent basis” by the end of this year.

The FTSE 100 resisted the pull of Wall Street and Asias main markets to open flat as a pancake.

Fed chair Jerome Powells comments on US inflation and non-comments on the broader vision of the US rate-setting body met with a collective shrug here in the UK.

Likewise, there appeared to be little early excitement ahead of words from Bank of England governor Andrew Bailey, whose turn it is to speak at the virtual gathering that has replaced the annual Jackson Hole jamboree for central bankers.

Unsettling for the markets early on was the news that Japans premier Shinzo Abe is resigning due to ill health.

His eight years in office make him the countrys longest-serving prime minister and his tenure has coincided with a period of stability in Japanese politics.

The nudge higher in the gold price gave a boost to precious metals groups Polymetal (LON:POLY), up 1.6%, and Fresnillo (LON:FRES), ahead 1.5%.

On the downside, Rolls Royce (LON:RR.) continued its post-results sell-off even after heading off the markets major worry – a highly dilutive rights issue – by saying it well sell assets worth around £2bn.

Integumen PLC (LON:SKIN) has agreed to buy water monitoring company Modern Water PLC (LON:MWG) for £21.25mln. The two companies have been working together since March, when Integumen provided its AI technology to produce test kits for Modern Water.

Ncondezi Energy Limited (LON:NCCL) said it has signed a shareholder agreement term sheet with China Machinery Engineering Corporation (CMEC), which will see it maintain a 40% stake in its 300-megawatt coal-fired power project and coal mine in Mozambique.

Trident Royalties PLC (LON:TRR, FSX:5KV) said it is paying A$800,000 in cash and shares for a package of four existing gold royalties in Western Australia. The projects are sited in the globally recognised Pilbara and Yilgarn mining regions and the deal represents the companys fourth since listing on AIM just three months ago.

Blackbird Plc (LON:BIRD) has partnered with Tata Communications to launch a cloud-based editing service for live video to the media and sports industries after recently securing a multi-year order from the Indian digital services giant.

AfriTin Mining Ltd (LON:ATM) hailed a “transformational” year in its preliminary results having achieved initial production of tin concentrate and first revenues. Following last years transition from developer to producer, the AIM-listed firm is now working towards ramping up production to 720 of tin concentrate per annum then increasing capacity to 5,000 tonnes per annum.

Benchmark Holdings PLC (LON:BMK) has delivered positive earnings in its third quarter, which it attributed to higher revenues and margins in its genetics division after moving external production in-house and reducing its operating costs during the coronavirus pandemic.

Europa Metals Ltd (LON:EUZ) has announced metallurgical test-work results for its Toral project that demonstrates "excellent" lead, zinc and silver recovery and grades. Chief executive Laurence Read said: “While Europa Metals is extremely pleased with the results from the TOD-025, high-grade, sample, it is of particular note that ore sorting could well bring new areas of the deposit's overall resource into the mineable area having previously been discounted due to the low-grade nature of the ore.”

Bezant Resources PLC (LON:BZT) has raised £625,000 to fund new exploration at the Hope copper-gold project in Namibia. In particular, Bezant said it will assess the gold potential at Gorob-Vendome deposit, where most of the historic drill programs were not assayed for gold, and at the Kalengwa project in Zambia to test one or more of the identified anomalies.

Salt Lake Potash Ltd (ASX:SO4) (LON:SO4) (OTCMKTS:WHELF) has completed the retail component of the 1 for 3.2 pro-rata accelerated non-renounceable entitlement offer, which formed part of the company's underwritten A$98.5 million equity raising. The retail entitlement offer closed on August 25 with eligible shareholders applying for around A$11 million worth of new fully paid ordinary shares in line with their entitlements and additional new shares under the Retail Shortfall Facility.

Tavistock Investment PLC (LON:TAVI) will hold a second meeting after its annual shareholder meeting next month to consider a capital reduction proposal that it said will facilitate the payment of dividends to shareholders.

Falcon Oil & Gas Ltd (LON:FOG, CVE:FO) confirmed its strong financial position as it released interim results for the six months ended June 30. It ended the period with US$11.8mln of cash and it was debt free. The pre-revenue firm reported a US$199,000 profit for the period due as its numbers were boosted by finance income of US$874,000.

Mkango Resources Ltd (CVE:MKA, LON:MKA) said a government delegation has expressed satisfaction with development work at Mkango's Songwe Hills rare earths project in Malawi. The pre-revenue company had cash of US$6,440,697 at June 30, 2020, as second quarter mining exploration expenditures stepped up to US$613,565 from US$301,186 as work on the feasibility study at Songwe Hills cracks on, which contributed to a net loss of US$913,674.

FastForward Innovations Ltd (LON:FFWD) said a revised chapter 11 plan of reorganisation for its investee company Factom, which allows the companys US$6mln SAFE note to be converted to equity in Factom, has been approved by the US bankruptcy court for the district of Delaware and FactomRead More – Source
[contf]
[contfnew]