The Russian Foreign Ministry has issued a warning to all citizens about the threat of being detained..

The Russian Foreign Ministry has issued a warning to all citizens about the threat of being detained or arrested in foreign countries at the request of US special services.

“American special services are continuing their de facto hunt for Russians all over the world,” reads the statement published on the ministry’s website on Friday. The Russian diplomats also gave several examples of such arbitrary detentions of Russian citizens that took place in Spain, Latvia, Canada and Greece.

“Sometimes these were actual abductions of our compatriots. This is what happened with Konstantin Yaroshenko, who was kidnapped in Liberia in 2010 and secretly taken to the United States in violation of Liberian and international laws. This also happened in 2014 with Roman Seleznyov, who was literally abducted in the Maldives and forcefully taken to American territory,” the statement reads.

The ministry also warned that after being handed over to the US justice system, Russian citizens often encounter extremely biased attitudes. 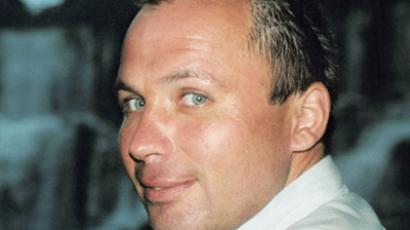 “Through various means, including direct threats, they attempt to coerce Russians into pleading guilty, despite the fact that the charges of them are far-fetched. Those who refuse get sentenced to extraordinarily long prison terms.”

The diplomats then urged all Russian citizens who plan to travel abroad to thoroughly calculate all the risks, especially in cases when they suspect that US law enforcement bodies could have some claims against them.

The Foreign Ministry has been issuing similar warnings on a regular basis since 2013, after the detention of Russian citizens in third countries at the request of United States became more frequent. Two of the most resonant cases – involving transport company-owner Viktor Bout and aircraft pilot Yaroshenko –resulted in long prison sentences. This is despite the fact that both men were convicted as a result of sting operations and the main argument of the prosecution was the testimony of undercover agents, not material evidence. Bout and Yaroshenko protested their innocence in court and continue to do so to this day.