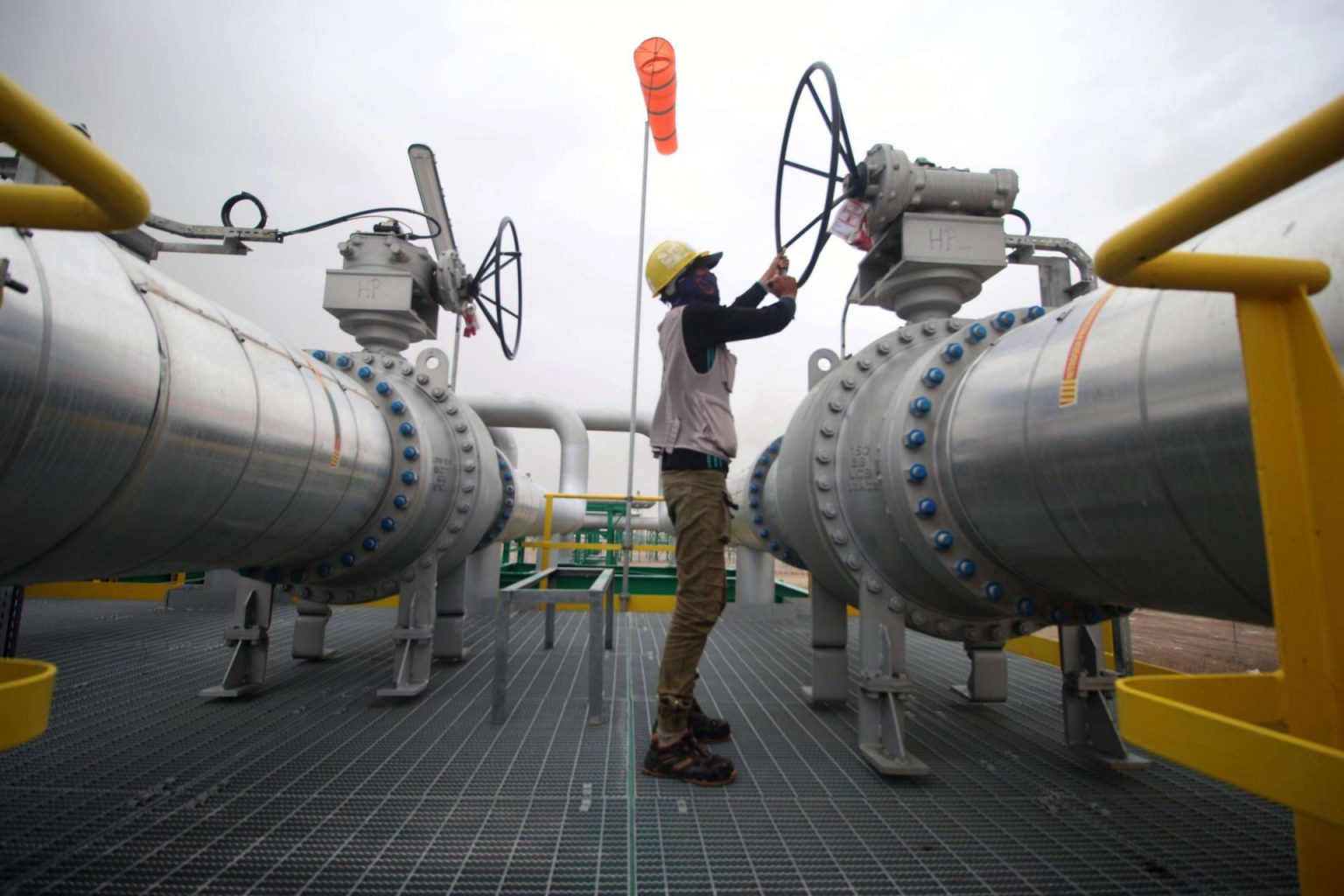 The agreements came within the framework of the Iraqi Oil Ministry’s plan to raise oil production to 8 million barrels per day by the end of 2027.

Oil is Iraq’s main source of income. The government is working to expand oil production in light of the stifling financial crises that the country is experiencing.

Iraq has raised oil production since its prices fell globally due to the pandemic, in parallel with the corruption that dominates state institutions and the control of parties and mafias over Iraqi import outlets, including border crossings and ports, and the management of the oil file and others.

According to the director of the Iraqi Drilling Company, affiliated to the Ministry of Oil, Bassem Abdul Karim, “the company is in the process of signing a contract to drill 37 oil wells in the Zubair oil field, for the Italian company Eni, the main operator of the field in Basra Governorate, for a period of more than two years”.

He also added, in a statement to the official Al-Sabah newspaper, that “Eni recently handed over 14 oil wells to the ministry, and started drilling three new ones within a previous contract, bringing the total drilling contracts to about 54 wells in the giant field”.

He pointed out that “after entering into a competition with major foreign drilling companies to acquire a contract to drill 30 wells in the Rumaila field, west of Basra, the contract was referred to the British oil company BP.”

“The company’s readiness to start drilling operations directly if its victory is announced,” he added.

He pointed out that “a preliminary agreement was reached with the Chinese company Cinoc to reclaim 150 wells in the Bazarkan field in two phases: the first is 71 wells, and the second will be implemented later.”

He also stressed that “the company is currently implementing a plan to drill 20 wells in the Nasiriyah field, with the participation of the American Weatherford International company, which will enhance the strategy to escalate production and export capacity in the future by up to 60,000 barrels per day, and that it is estimated that it contains about 4.4 billion barrels of crude.”

For his part, an official in the North Oil Company said that “the contracts come within the ministry’s efforts to increase oil production.”

“The ministry will bear the preparation of the technical aspects of the companies, and provide them with other on-site facilities,” he added.

The source added, asking not to be named, that “the companies adhered to the special timings for delivering the wells, and that the contracts included a penalty clause in the event that the companies delayed the completion of the wells within the specified period.”

Last March, the ministry awarded the US company “Schlumberger” a contract worth $480 million to drill 96 oil wells in the south of the country.