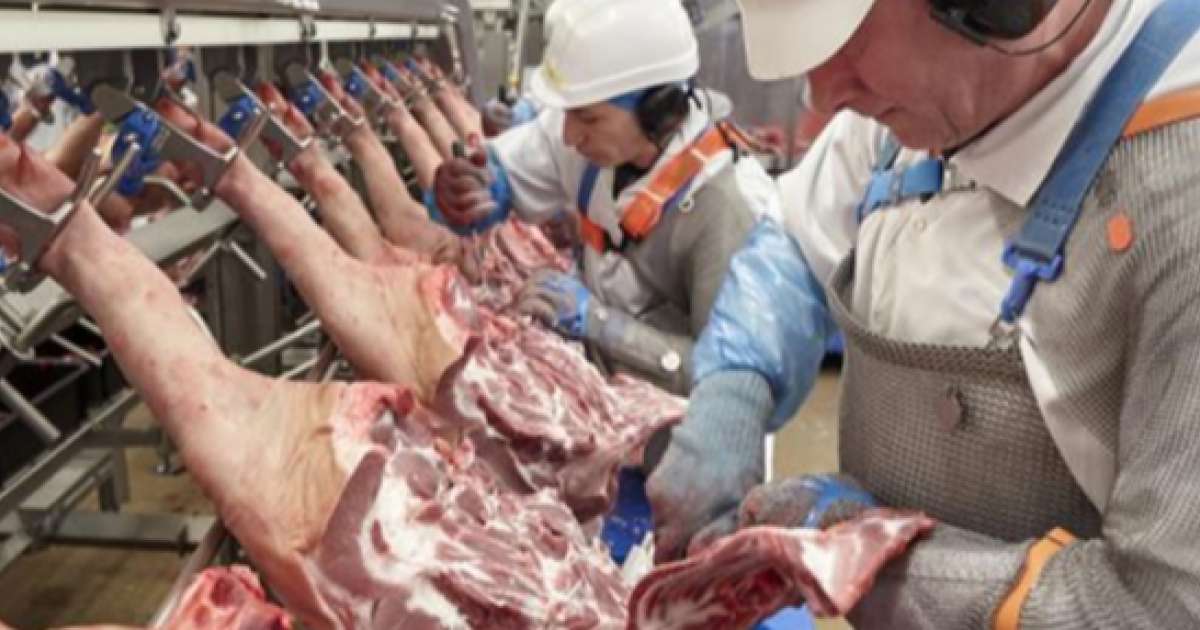 Cranswick PLC (LON:CWK) is likely to stop production at one of its three pig processing facilities after a number of its workers at a Northern Ireland factory tested positive for coronavirus (COVID-19), while fellow food manufacturer Greencore Group PLC (LON:GNC) issued a small profit warning as it also had to stop producing puddings due to an outbreak in Northampton.

This news on Friday came as the reproduction number (R value) of COVID-19 in the UK were shown to have risen to between 0.9 and 1.1, figures from the government and the Sage advisory committee, suggesting that a second wave of the virus could be on the way.

The UKs latest rate of positive cases is 11.5 per 100,000 people for the seven days to 16 August, though in areas such as Northampton, Leicester, Birmingham and Oldham is between 30 and 80, well above the governments 20-per-100,000 threshold for considering quarantine measures on other countries.

After it was revealed earlier in the week that a stunning 300 workers at Greencore's midlands factory had tested positive for the virus, the convenience foods specialist said on Friday afternoon it is temporarily shutting its Northampton facility under advice from the Department of Health & Social Care, Public Health England and other government bodies, as the site saw a number of cases of the virus.

“This decision will allow all remaining colleagues at the site to self-isolate as a precautionary measure, and has been taken as part of the region's ongoing efforts to reduce the spread of the virus and to keep colleagues safe.”

While moving some production from Northampton to other sites within its factory network, which supply the likes of Marks and Spencer (LON:MKS), WH Smith (LON:SMWH), Starbucks and others, Greencore said the closure will “have a modest impact” on underlying profits (EBITDA) for the year, and the company anticipates the site will return to a “substantial level” of production within a fortnight.

Earlier in the week, meat producer Cranswick voluntarily halted exports of product to China from its plant in Ballymena, County Antrim because of the community outbreak, although supply had continued from the companys other primary facilities in England.

The FTSE 250-listed group said it has temporarily ceased production at the factory as part of attempts to control the local outbreak.

COVID-19 safety measures at Cranswicks meat factories have been criticised after three workers at its Wombwell plant in Barnsley, South Yorkshire died from the virus earlier this year, with nine workers out of the 1,200-strong workforce testing positive.

A company spokesperson said: “There has been a recent increase in the number of confirmed COVID-19 cases in Ballymena and the wider region and this has been acknowledged as a community issue. As a result of this, we can confirm that a number of colleagues at our Ballymena site have tested positive for COVID-19.”

Under guidance form public health authorities, Cranswick has sent all of its Ballymena staff for testing, with any positive results requiring a 10-day period of self-isolation and 14 days if the test results are negative.

Analysts at house broker Shore Capital said they believe that Cranswick will cease production at Ballymena for around two-to-three weeks.