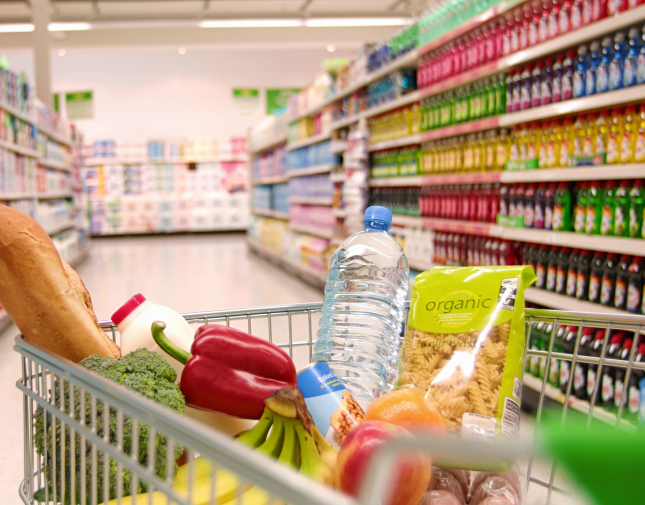 London, (Business News Report)|| Food prices have reached a record high during February, as they continued to rise with the chaos of the crop trade.

The Russian-Ukrainian war caused chaos in food prices, with high shipping costs and shortages in supply.

The UN’s cost index is already close to its peak set in 2011, before the war disrupted exports from the Black Sea region, known as the world’s breadbasket.

Since then, prices of cereals and vegetable oils have jumped to new records with several hikes since the beginning of the year, adding to inflationary pressures on consumers and governments and threatening to exacerbate the global hunger crisis.

The global crop trade went into disarray, as the war has closed Ukraine’s ports, and sanctions against Russia have left merchants, banks and shipowners wary of doing business there.

Before Russia attacked its neighbor, food prices were already on the rise due to unfavorable crop weather, in addition to the energy crisis and expensive fertilizers.

The United Nations World Food Program on Friday warned of the consequences of the war in Ukraine beyond the country’s borders.

“It’s just tragic to see hunger raising its head in what has long been the breadbasket of Europe,” WFP Executive Director David Beasley said in a statement.

“The bullets and bombs in Ukraine could take the global hunger crisis to levels beyond anything we’ve seen before,” he said.

Costs have risen more than 50% since mid-2020, driving up prices in grocery stores.

A large part of this rise was supported by increases in the prices of vegetable oils such as palm oil, which is used in about half of supermarket goods.

The February UN reading included the effects of the invasion of Ukraine in part. Since then, commodity prices have risen to record highs, or multi-year highs.

Russia and Ukraine play an important role in providing food, and together they account for about a quarter of shipments of wheat and barley, a fifth of corn and the bulk of sunflower oil.

With so much of the region’s supplies cut off, buyers will have to look elsewhere, although some importers are struggling to secure supplies in the face of high prices and a lack of freight offers.

“Concerns over crop conditions and adequate export availabilities explain only a part of the current global food price increases. A much bigger push for food price inflation comes from outside food production, particularly the energy, fertilizer and feed sectors,” FAO economist Upali Galketi Aratchilage said in a press release.

“All these factors tend to squeeze profit margins of food producers, discouraging them from investing and expanding production,” he said.