Facebook announced the creation of a cryptocurrency, known as Libra, on Tuesday, marking the latest foray by the worlds largest social network into other parts of the digital world.

As part of its plans, the tech giant said it had partnered with a number of financial players like Visa and Mastercard and online firms like Spotify and Uber to form an association to be based in Switzerland that will oversee the development of the new financial instrument.

The move underscores Facebooks efforts to expand from its traditional social networking dominance into other forms of online activities, though such efforts are likely to face regulatory scrutiny over concerns that the new cryptocurrency could become a tool for money launderers and terrorist financiers.

The company is already facing a series of investigations and possible multi-billion euro fines over alleged wrongdoing over how it handles the data of its 2.2 billion users worldwide.

Libra will only be available in countries where cryptocurrencies are legal, meaning that in India, the financial instrument will remain off limits

Mark Zuckerberg, Facebooks chief executive, has said that he wants the company to focus increasingly on private messaging between friends and families, and move away from the mass dissemination of information that has led some lawmakers to accuse the social network of fomenting disinformation during elections around the globe.

“With Libra, we will enable developers and businesses to build new, inclusive financial service products for people around the world,” the association said in a statement. “We believe that collaborating and innovating with the financial sector, including regulators and experts across a variety of industries, is the only way to ensure that a sustainable, secure and trusted framework underpins this new system.”

By extending its reach into cryptocurrencies, Facebook is copying its Chinese counterpart, Tencents WeChat, which has used its own online payments system to cement itself in the day-to-day online lives of its users.

The latter rely on WeChat to buy digital goods and services with a few swipes of their fingers, a key function also for Libra founding members.

“One challenge for Spotify and its users around the world has been the lack of easily accessible payment systems,” Alex Norström, Spotifys chief premium business officer, said in a statement. “In joining the Libra Association, there is an opportunity to better reach Spotifys total addressable market.”

While Facebook has played a central role in the creation of the new cryptocurrency, the company said on Tuesday that it had handed over control of the financial instrument to the Libra Association, a coalition of the 27 founding companies that will all have an equal say in how the digital currency will operate.

The association is expected to officially launch the currency in the first half of 2020, and will spend the next 12 months preparing the technology for mass adoption.

Members, which also include Coinbase and PayPal, will have equal voting rights and spend the next year figuring out the practicalities of how the cryptocurrency will work, according to a statement published on Tuesday. The association published a technical paper on how the currency will operate and created an open-source test network for developers to start experimenting with its technology.

To maintain its financial stability, the currency will be pegged to a basket of existing currencies, including the U.S. dollar, euro and Japanese Yen, and will be overseen by Switzerlands financial authorities.

It will only be available in countries where cryptocurrencies are legal, meaning that in India — Facebooks largest market by users — the financial instrument will remain off limits. 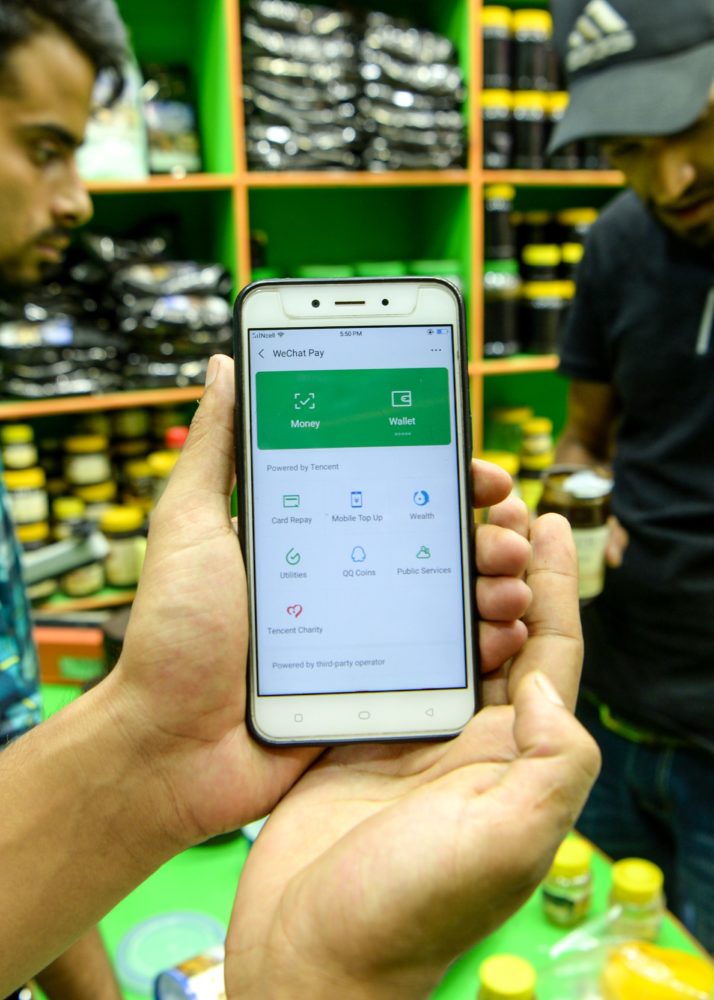 By extending its reach into cryptocurrencies, Facebook is copying its Chinese counterpart, Tencents WeChat | Prakash Mathema/AFP via Getty Images