The possible reining in of political “microtargeting,” part of a broader reassessment of Facebooks policies around campaign messaging, comes just weeks after CEO Mark Zuckerberg made two trips to Washington to defend the company against attacks from Democrats who say its hands-off approach distorts democracy. Google is also considering changes to its political ad policy, The Wall Street Journal reported Wednesday, while Twitter last week angered Republicans by announcing its ending political advertising on its platform altogether.

The result is that all three big online companies remain embroiled in criticism over their approaches to political advertising, a potentially multibillion-dollar market in the 2020 campaign cycle. Facebook dominates that market, raking in $857 million on political and issues-based advertisements between May 2018 and late last month, the company has disclosed. Democrats have been especially harsh on the companys refusal to fact-check political candidates ads, which Zuckerberg has called a matter of free expression.

The company is standing by that approach. But its actively discussing making other tweaks to its political ads policy, said Clegg, Facebooks head of policy and communications.

“Were working on a whole series of possible amendments and changes to our approach on political ads, so its not the end of the story,” the former British deputy prime minister said at Facebook headquarters.

Republicans have decried limits on political advertising as antithetical to free-speech principles.

Asked if adjustments to the companys approach to microtargeting is indeed one of the possible changes under consideration, Clegg said yes. NBC News, citing unnamed company sources, first reported earlier this week that Facebook was considering limiting the practice.

Clegg declined to discuss other potential changes, saying the company is still in the decision-making process. But he said Facebook is also looking at “whether users are sufficiently aware of when theyre being exposed political ads as opposed to organic content,” the companys term for material such as ordinary users posts.

Microtargeting lets campaigns tap Facebooks vast caches of data to reach specific audiences with pinpoint accuracy, going after voters in certain neighborhoods, jobs and age ranges, or even serving up ads only to fans of certain television shows or sports teams. Its drawn criticism from people such as Federal Election Commission Chairwoman Ellen Weintraub, who wrote in a recent Washington Post op-ed that the practice makes it “easy to single out susceptible groups and direct political misinformation to them with little accountability, because the public at large never sees the ad.”

Any move to restrict the practice would be sure to invite criticism from Republicans, who have decried limits on political advertising as antithetical to free-speech principles. And Democrats will probably say curbing microtargeting does nothing to address their broader concerns about Facebooks political ad policy. 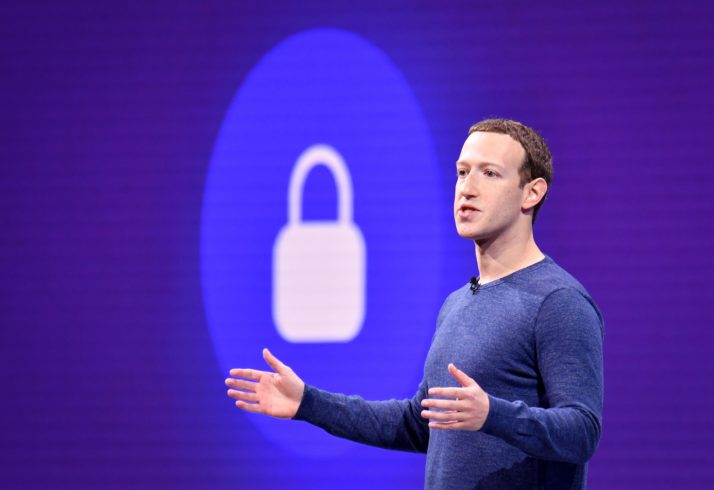 Presidential candidates Joe Biden and Sen. Elizabeth Warren (D-Mass.) are among those who have been hammering Facebook over its policy of declining to fact-check political advertisements, which can result in outright false or otherwise misleading ads running on the site. Zuckerberg staked out an aggressive defense of the companys permissive policy in a speech at Georgetown last month, maintaining that it would be troubling, even un-American, for a private company to make judgment calls on what political campaigns can say to voters.

But potential microtargeting limits and other possible tweaks in the offing signify that the company is open to at least scaling back the wide berth it gives paid political messaging.

“Were now working actively to reflect, in the face of all the criticisms, on what we should do to adjust our own posture on all this. We want to get this right,” Clegg said. “Its actually quite a good thing in the long run that were having this debate now rather than two months before the election.”

The public face of that debate has up to now pitted Facebook firmly against Twitter and its move to drop all political and issue ads. Twitters action has drawn its own rebukes, both from Republicans who say theyre troubled by the free-speech implications and from liberals like Warren, who recently tweeted that it would let fossil fuel companies “buy ads defending themselves and spreading misleading info” but forbid climate ads “holding those companies accountable. ”

Clegg reiterated that, even amid the policy tweaks Facebook is mulling, it wont be following Twitters lead.

“We dont think getting out of politiRead More – Source