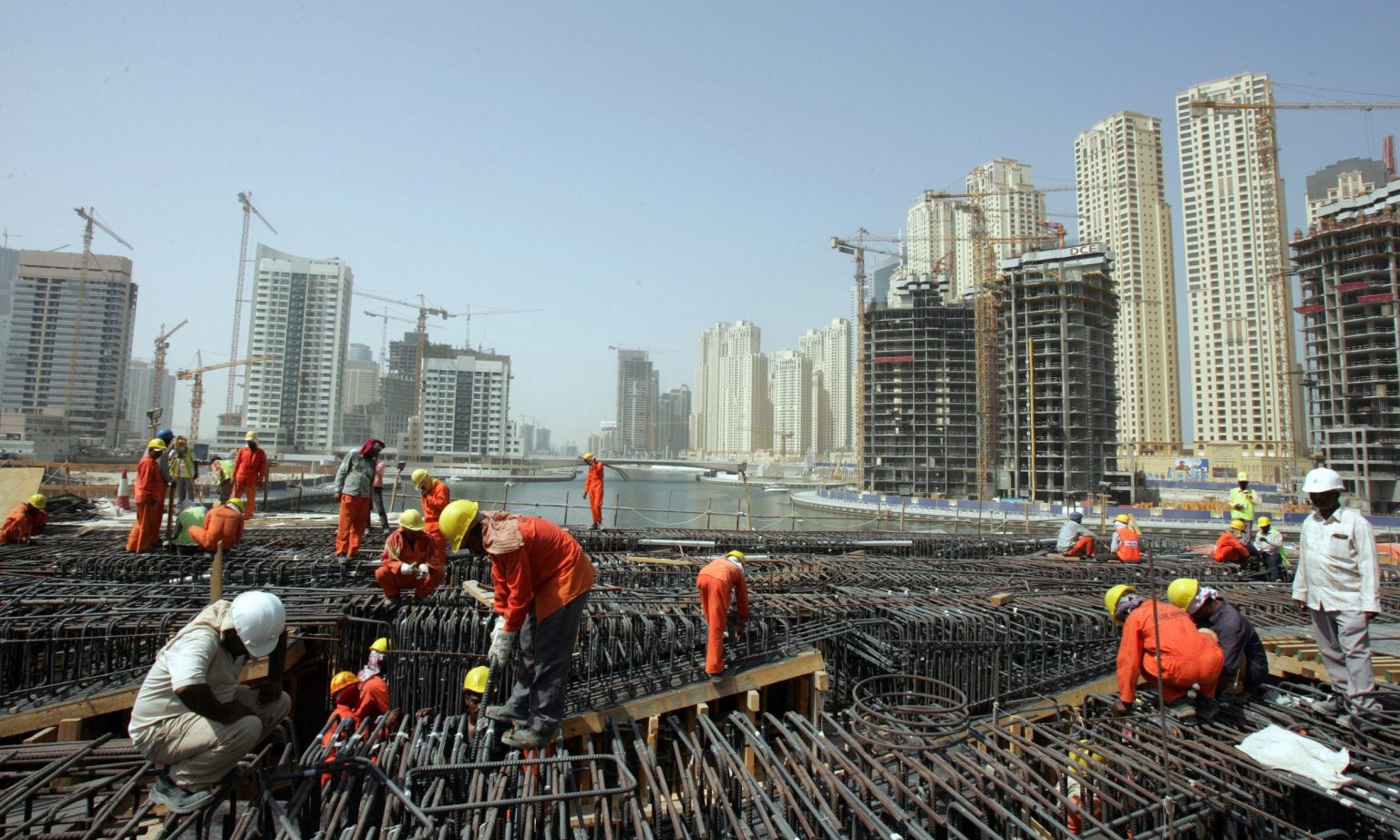 It seems that the Gulf countries have begun to feel the difficulty of the move to localize their jobs and the extent of their need for expatriate workers to develop their economies.

Migrant workers are under pressure from public companies in the Gulf states to force them to leave, even though they are a major economic driver.

A report by the Qatar Central Bank indicated that expatriate workers acquire a third of the liquidity in the country.

Recent data issued by the bank showed that the total deposits of residents in Qatar until the end of last month amounted to about 689 billion riyals ($189.2 billion). This is an increase of 2.4% compared to 673 billion riyals during the same period last year.

In parallel, other reports indicate that the Gulf economies have begun to be clearly affected by the strategy of phasing out foreign workers and compensating them with local workers who do not have the same experience or willingness to achieve the same profitability.

Local observers noted that these countries that have adopted localization are experiencing stagnation in the real estate markets, rents, restaurants and the sale of goods, which shows the size of the loss resulting from the expulsion of specialized labor in various sectors, especially in the private sector, which does not attract the interest of local workers.

Reports in local newspapers in the countries in which the settlement option is being implemented indicate that the real estate is now empty and its owners, who are citizens, do not know how to repay bank loans.

Most of the economic activities owned by citizens, which depend on the employment of expatriates, have also stopped.

Standard & Poor’s, in report issued last February, attributed this situation to “the weak growth  of the non-oil sectors and the policies of localization of the workforce,” expecting “the productivity of the Gulf Cooperation Council countries to stagnate,” especially with regard to levels of income and economic diversity.

Observers believe that the option of localizing jobs did not take into account the needs of the Gulf economies as much as it was a political step to reassure citizens about their future and prevent anxiety from infiltrating them in an area dominated by tensions and protests.

The settlement policies coincided with the imposition of taxes and fees on expatriates in order to diversify revenues and not rely on oil as a main source of income.

So far, the option of expelling expatriate workers has not shown results, as unemployment rates among citizens looking for work have not decreased, and the required economic vitality has not occurred, especially in the private sector, which is looking for profitable and experienced labor at the lowest costs.

Warnings were issued that betting on local employment in the private sector may lead to recession and may impede Gulf efforts to attract foreign investments.

It is estimated that expatriate workers constitute about 90% of the private sector in the Gulf countries, which depend on them in many industries and services.

Observers warn that the Gulf countries are drawn to the populist rhetoric that holds expatriates responsible for all crises from unemployment to Coronavirus.

This speech may solve the unemployment crisis temporarily and be welcomed by activists on social media sites, but it may produce negative results in the medium and long term, observers say.

They pointed out that the significant increase in the public sector wage bill to accommodate citizens looking for work will lead to additional burdens on countries facing other economic and security crises.

The failure of the nationalization option to respond to the high demands of comfortable job seekers in the public sector may lead to social and political tensions.