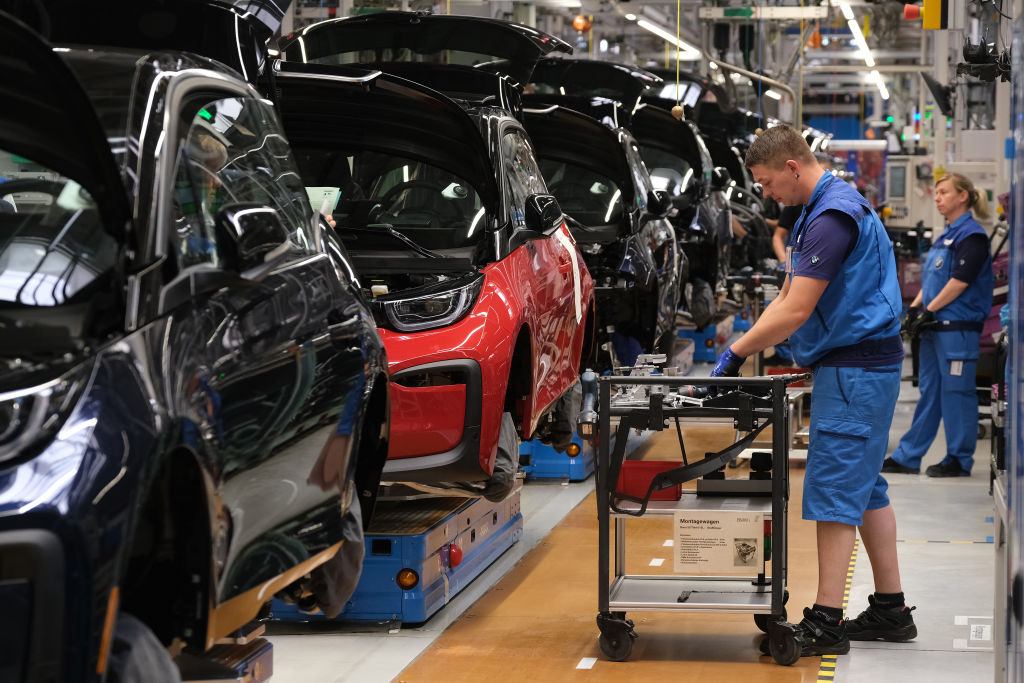 Industrial production in the Eurozone fell by 0.5 per cent in April month on month as Germanys manufacturing woes continued, official statistics revealed today.

In the European Union industrial production fell by 0.7 per cent compared to March, with the UK the biggest faller in a month that saw its car plants undergo planned Brexit-induced shutdowns.

Eurozone manufacturing continued its downward trend after a 0.4 per cent drop in March and a reading of zero in February. German industrial production dropped by 2.3 per cent after 0.6 per cent growth in March.

In the euro area in April production of durable goods – everything from cars to jewelry – fell by 1.7 per cent compared to a year earlier.

Production of intermediate and capital goods used in manufacturing itself fell by one per cent and 1.4 per cent respectively.

Jack Allen-Reynolds, senior Europe economist at Capital Economics, said: “The early evidence for May suggests that euro-zone industry remained in the doldrums. Business surveys such as the manufacturing PMI are consistent with further annual falls in production.”

He said: “With global economic growth likely to remain weak, industrial production across the currency union looks set to remain sluggish, weighing on the wider economy.”