When it comes to space, think of Europe as the global good guy in orbit, keen to make a euro on the side.

While U.S. and Russian presidents — now joined by the leaders of China and India, and even the United Arab Emirates — are keen to brandish flag-waving space projects like (promised) moon bases and space weaponry, the European Union has been content to work on less flashy, but ultimately hugely important and lucrative space projects.

Despite growing pressure for the bloc to articulate a space vision able to seize the imagination of the Continents people, thats unlikely to change anytime soon.

“Europe has never been part of any kind of space race or international competition,” said Jean-Jacques Tortora, director of the European Space Policy Institute, a think tank financed by national space agencies. He pointed instead to a focus on developing “useful” space applications.

The reason is that while the EU has historically shown that member countries can agree to uncontroversial and fuzzy goals, their unity comes under stress as proposals become more concrete and national interests rise to the surface. Thats whats traditionally happened in EU defense and foreign policy, and the same applies to space.

“I hear some spoke about an orbital society: Why not?” — Elżbieta Bieńkowska, former European commissioner for the internal market

France, the post-Brexit EUs only serious military power, is moving to develop a space force that includes laser-equipped satellites, while Germany prefers peaceful space efforts. Britain, meanwhile, has floated its own plans for a space force and is threatening a multibillion-pound splurge on parallel satellite programs to EU initiatives through the 2020s.

“It would be naive to want all states to say the same thing, because each nation has its own challenges,” said Chiara Manfletti, president of the newly founded Portuguese Space Agency and a former manager at the Paris-based European Space Agency.

Past attempts by the European Commission to seize the high ground in space have provoked more eye-rolls than enthusiasm.

“I hear some spoke about an orbital society: Why not?” former Commissioner for the Internal Market Elżbieta Bieńkowska told a space industry conference in Brussels last year. “I hear others targeting the moon and the moon village: Why not? I hear also that Europe should have the capacity to have human space flights and not depend on others: Certainly yes!” 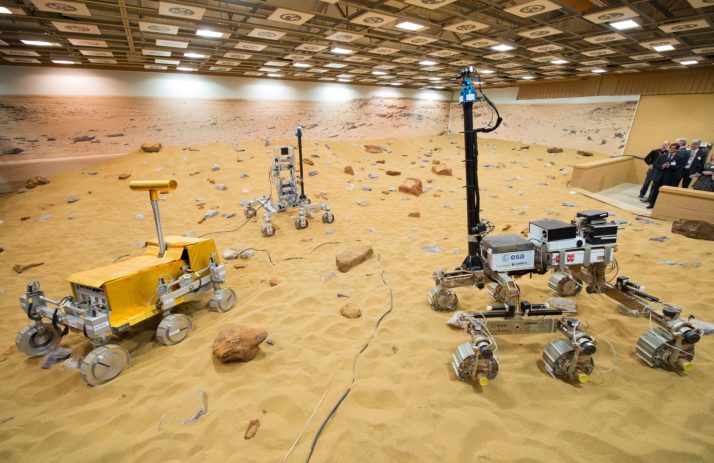 A Mars rover testing facility in the U.K. | Leon Neal/AFP via Getty Images

Nothing much is happening in any of those areas. Instead, European countries and institutions are plowing money into worthy but less headline-grabbing initiatives.

Those include Galileo, a hyper-accurate European alternative to GPS, and a world-beating Earth-observation satellite system called Copernicus.

This year European engineers will deliver a rover for the ExoMars project with Russia that will see a robotic lander dispatched to Mars, and they will also work with the U.S. on its Artemis moon mission.

European researchers are leaders in space science — from last years first photograph of a black hole that was supported by EU funds, to upcoming projects like the Laser Interferometer Space Antenna, a space-based gravitational-wave mission that will allow scientists to observe colliding black holes, and ESAs Athena X-ray telescope, set to launch in 2031.

Europe also has one of the worlds best space launchers in the pan-national but French-dominated Arianespace, the company that builds the Ariane series of rockets, of which number six will be ready this year. Alongside high-speed TGV trains and supersonic Concorde airplanes, the Ariane launchers are one of Frances great postwar industrial projects.

“We need to accept that the European way to space is not exactly the same one as the U.S. way” — Stéphane Israël, Arianespace CEO

Such programs are less exciting than moon landings or Mars missions, but they are practical and can help Europe gobble up a bigger chunk of the growing global space economy — estimated to be worth €309 billion in 2017.

“We need to accept that the European way to space is not exactly the same one as the U.S. way,” said Arianespaces CEO Stéphane Israël.

Launching satellites has a smaller PR impact than going to the moon, but despite years of high-flown promises by U.S. presidents, the Americans havent been there since 1972.

Even the U.S. finds it difficult to meet the lofty aspirations of space enthusiasts; since the retirement of the space shuttle in 2011, Washington has lacked its own ability to launch manned space missions. The goal of the Artemis project is to return to the moon in 2024 — but NASAs planned super-heavy Space Launch System still hasnt flown, and estimates say each launch could cost $2 billion.

Chinese, Indian or Russian boots on the moon are even further off, as is any Mars mission.

“For the moon shot, you needed the historical moment,” said a senior official at ESA on condition of anonymity. “No nation today can redo Apollo.”

There is no question that the U.S. spends more on space than the EU. NASAs budget for this year is $22.6 billion — but the space agencys budget as a proportion of U.S. GDP has been flat for a decade, and is much lower than during the heights of Cold War spending. The annual U.S. space military budget is about $14 billion; thats part of President Donald Trumps space force military wing.

The European Space Agency, which is not an EU institution but has overlapping membership and runs under a 1975 treaty, manages the technical side of projects and handles procurement for big EU initiatives and its own array of projects funded in a pick-and-mix style at ministerial summits once every three years. 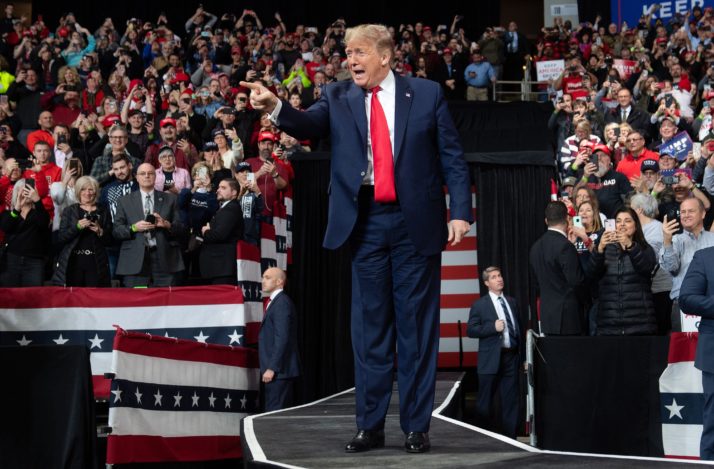 In November, ESAs 22 members committed a record €14.4 billion three-year budget to projects running through the early 2020s covering everything from asteroid-deflecting missions to Artemis and ExoMars.

The European Commission wants €16 billion in the next seven-year budget for space projects such as Galileo and Copernicus, although some member countries are balking.

It all averages out at an annual spend around €8 billion on space by Europe. Thats about the same as the estimated $8 billion a year spent by China, according to the Space Foundation, an American nonprofit. Russia