PARIS — Not long ago, Uber and its all-conquering digital platform were poised to take over Europe and wash away the region’s traditional taxi associations.

A decision Wednesday by Europe’s highest court hands a big win to these often decades-old groups and organized labor — and represents a black eye to the San Francisco based-ride sharing app.

Ever since it entered the European market in 2011, Uber has faced legal challenges and accusations that it ran afoul of the region’s tough transport and labor laws, in part thanks to a phalanx of lawyers and lobbyists.

But the European Court of Justice’s ruling, which defines Uber as a transport firm that must now comply with existing safety and other rules, opens a breach in that line of defense, encouraging national governments to pursue additional cases against the firm.

“Now, now we can see the noose tightening around them [Uber]” — Karim Asnoun, from hard-line taxi union CGT

In what may be a further reckoning for Uber in Europe, the European Commission is due this week to revise its Written Statement Directive concerning workers’ rights, a change that is expected to usher in new rights for workers and greater responsibilities for “platforms.”

When all is said and done, Uber and firms like it will have to comply with strict transport and labor regulations across the EU. And while the immediate impact on Uber’s business remains unclear, such decisions show that the vow by Uber and other Silicon Valley tech giants to “disrupt” traditional industries and working arrangements is increasingly fraught.

“Uber was living on a cloud,” said Thiébaut Weber, confederal secretary of the European Trade Union. “Today, the court has called it to order and reminded Uber that its feet are solidly planted on the pavement, just like everyone else.”

A long war in Europe

The showdown at the ECJ has been brewing ever since the first Uber car got rolling in Europe six years ago.

Back then, consumers rejoiced at the arrival of a digitalservice that was not just cheaper and more customer-friendly than taxis, but also available at hours when cabs were in rare supply.

It didn’t take long for taxis, whose monopoly over personal transport in France and elsewhere was unchallenged, to fight back. A series of protests in cities including Paris and Marseille turned violent, with Uber drivers at times being set upon, dragged out of vehicles and beaten by rivals.

At the time, a taxi union representative, Karim Asnoun of the hard-line CGT, was called to order by France’s interior minister for telling POLITICO that violence by taxi drivers was equivalent to the violence of Uber against workers’ rights.

Today, though, he feels vindicated.

“I stand by it [the comment],” Asnoun told POLITICO this week. “Uber shamelessly flouted our laws. There is strictly no difference between a so-called platform and a regular employer … Now, now we can see the noose tightening around them [Uber].”

Courts in Denmark, Bulgaria, Hungary and Italy all handed down bans on all of Uber’s services. UberPop — which allowed unlicensed drivers to pick up fares — was banned in most major markets. Wednesday’s ruling by the ECJ means such so-called peer-to-peer services are now off-limits to Uber and other digital companies.

And while Uber continues to operate in the largest EU countries, it does so under threat of legal action and impairment to its business.

In Germany, courts have restricted Uber’s services severely in several cities, with only Berlin and Munich offering a pared-down version of the ride-booking app that allows passengers to book only licensed taxis.

In France, tough legislation enacted under former President François Hollande will take effect in January that stops drivers who have a minivan chauffeur license from operating as Uber drivers. Some 10,000 Uber drivers are likely to be pushed off the road, with little chance of ever getting a for-hire license. 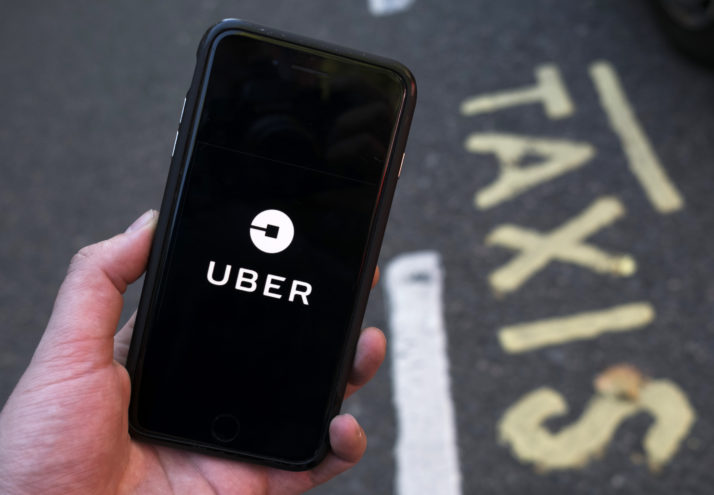 In Britain, Uber is appealing a decision by Transport for London to ban it from the roads of the British capital, after it found that the firm showed a “lack of corporate responsibility in relation to a number of issues.” The company can still operate in London while it awaits its day in court.

A separate British ruling also recently forced the ride-booking company to treat all drivers as full-time employees, not self-employed workers, meaning drivers must be guaranteed a minimum wage and paid vacation leave.

Organized labor’s greatest challenge to Uber, however, stems from a taxi association in Barcelona, which filed a case against the company in 2014 for presumed unfair competition, a case that eventually led to Wednesday’s court ruling.

Now, with the court decision in hand, Uber’s opponents say the firm will have to take greater responsibility for its operations in Europe, a task that is becoming increasingly important as the so-called gig economy expands from Ireland to Greece.

“This is a vindication of our continued assertion that Uber is much more than an online platform,” said Ruwan Subasinghe, a legal officer for the International Trade Union federation of transport workers.

“They have always said they are just a conduit between the driver and the passenger. If they are not, that changes their raison d’être,” he added.

Subasinghe said the “gig economy” accounted for only a tiny share of Europe’s actual employment base, and that share would likely shrink because of the court’s decision Wednesday.

“Today’s ruling isn’t a disaster. But it does mean companies like Uber won’t be protected against rules that could prove to be discriminatory” — Damien Geradin, partner at Euclid Law

It remains to be seen if Uber’s business model will suffer as a result of the ruling and the European Commission’s decision on platforms. The company said in a statement that it already complied with most of the region’s transport laws, so its operations would not be affected.

According to a former Uber employee who asked not to be named due to a confidentiality agreement, the firm can adapt because many of its drivers could continue to work for the firm as contractors, with a license tailored to city and country laws.

However, the ex-Uber worker agreed that conditions were getting much tougher, as national courts were increasingly forcing Uber to requalify drivers as full-time employees.

“Today’s ruling isn’t a disaster,” said Damien Geradin, a partner at Euclid Law in Brussels. “But it does mean companies like Uber won’t be protected against rules that could prove to be discriminatory.”