Frankfurt, (Business News Report)|| The European Central Bank is expected to raise interest rates this year, in order to curb inflation that is hitting the eurozone and the world at large.

Robert Holzmann, a member of the European Central Bank’s Board of Governors, said the bank may need to raise interest rates twice this year to ease inflation.

Holzmann cautioned that the consequences for economic growth should be taken into account.

The Austrian National Bank Governor added that the rate hike would be moderate rather than massive and would take into account economic data.

“I belong to the group that is now in favor of rapid action,” Holzmann said.

He continued, “That means in summer, maybe in autumn. In addition and if necessary in December.”

Policy makers still expect consumer price growth to return to the 2% target in the medium term.

Holzman added that the European Central Bank’s options to deal with this type of imported inflation are limited, but a final decline in energy prices, over the coming years, will help in facing the pressures on prices.

He concluded that he believes inflation will slow again already this year, perhaps starting from the end of the first half.

But her insistence that the eurozone economy is not yet as strong as the United States did not stop markets calculating the possibility of the European Bank raising interest rates for the first time in a decade in July.

Such a turnaround, which analysts at Goldman Sachs and JPMorgan Chase now expect, would amount to a turnaround for the European Central Bank and its president, who were finally insisting in December that it was very unlikely to raise interest rates in 2022.

Markets are now betting that the European Central Bank will raise the deposit rate from minus 0.5% to positive territory at the end of this year and to more than 1% next year.

However, the European Central Bank will still lag far behind the Federal Reserve, which raised interest rates last month by a quarter of a percentage point from nearly zero and is expected to announce a half-point rate hike at next week’s policy meeting.

Jerome Powell, Federal Reserve Chairman, hinted at a series of half-point hikes to quickly raise prices to a neutral level that is no longer actively stimulating demand. Analysts estimate the neutral rate to be between 2.25 and 2.5 per cent.

The Fed will also start reducing its $9 trillion balance sheet as early as June – something the European Central Bank does not plan to do before the end of 2024 at the earliest. 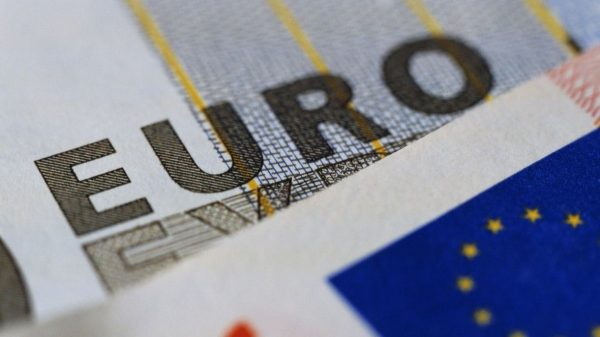 Brussels, (Business News Report)|| The European Central Bank has confirmed that inflation risks are increasing in the European region and opened the door to...