For eurocrats in Brussels, the enemy is now inside the gates.

France and Germany, the EUs two most powerful member countries, are making a power grab for the European Commissions supposedly exclusive superpowers.

Only two months into Ursula von der Leyens presidency of the European Commission, Paris and Berlin have dramatically ramped up an attempt to gain influence over her strongest policy weapon: competition law. Teaming up with Italy and Poland, France and Germany last week sent an unusually undiplomatic letter to Brussels, in which they demanded an action plan within “weeks” on relaxing the EU merger rule book to allow the creation of more industrial champions to rival the U.S. and China.

For von der Leyen — and the future of the EU — this is a critical moment. Under her predecessor, Jean-Claude Juncker, Paris and Berlin muscled their way to the fore of EU trade policy (once also seen as a sacrosanct Commission power) and made very public interventions to steer the fate of trade accords with the U.S., Canada and Latin America.

Defenders of the European Union accuse Paris and Berlin of now defying the treaties underpinning the EU in their attempt to hijack competition policy. More economically liberal EU nations in Northern and Eastern Europe fear that France and Germany want to transform the EU into a vehicle for pampering their corporate kingpins to the detriment of smaller enterprises and open markets.

“I think broadly it reflects the fact that you can no longer pretend that competition policy has not become more political” — Adam Jasser, Polish former competition regulator

“We have an assault by two big EU countries, France and Germany, on the independence of the European Commission as a competition enforcer,” said Adam Jasser, former head of Polands competition regulator, who served under the previous government in Warsaw.

“Its done in [broad] daylight: They are seeking to have more politicized decision-making when it comes to merger approval. And theyre talking about national champions, European champions, but they happen to be French and German. I think broadly it reflects the fact that you can no longer pretend that competition policy has not become more political.”

This puts von der Leyen in a bind as she prepares to launch the Commissions own industrial strategy on March 10. On the one hand, she is a senior German politician from the countrys Christian Democrats, who are advocates of a strong industrial agenda. On the other, she is the daughter of Ernst Albrecht, former EU director general for competition, and is constitutionally bound to defend Brussels independence in her fathers old fiefdom.

In theory, there shouldnt be much debate about the division of competencies between national capitals and Brussels. The fundamental trade-off at the heart of the EU is that Brussels should be allowed to act as a global big hitter thanks to two exceptional powers: trade negotiation and competition enforcement. Bolstered by the leverage of 450 million EU consumers, officials in Brussels are supposed to have free rein (entrusted to them by the 27 member countries) to negotiate trade pacts with the U.S. and China, and slap multibillion-euro fines on Google for antitrust infringements. 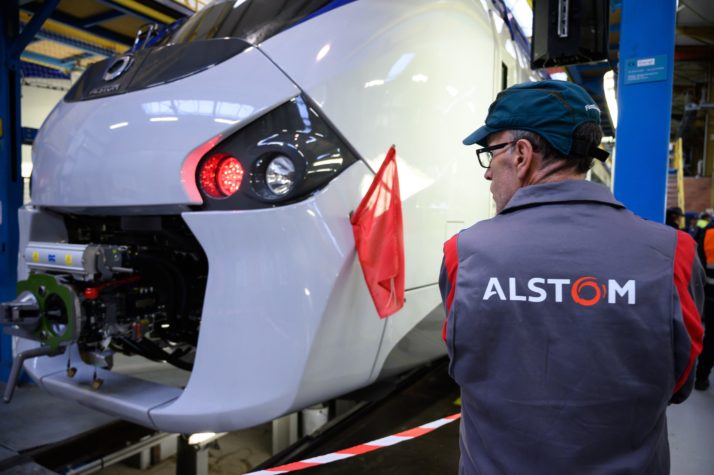 For member countries, the advantage is meant to be that the neutral authority in Brussels can clamp down on cartels, sweetheart deals and subsidies that distort the single market.

But France and Germany are increasingly unhappy with the balance of power. Their ire boils down to the European Commissions decision last year to block a mega-merger in the rail sector between Alstom and Siemens. France and Germany viewed the merger as the epitome of the sort of deal that the EU needed to create global champions, while European Competition Commissioner Margrethe Vestager said that a European rail behemoth would sap competition and drive up prices for EU suppliers and consumers.

For French politicians, champions are a make-or-break question. With the far right on the march, they are racing to find ways to keep jobs within Europe. At a POLITICO event last week, French Economy Minister Bruno Le Maire defended the need to protect home-grown industries and argued, “We are locked in a race against the clock between decision-making in Europe and the rise of populist movements.”

Competition lawyers in Brussels say its no wonder that France is exerting pressure on the Commission when there are so many potential mergers in the pipeline involving French interests: Chantiers de lAtlantique/Fincantieri in the shipbuilding sector and GrandVision/EssilorLuxottica in lenses — as well as a potential telecoms mega-merger between Deutsche Telekom and Orange, which is widely expected in the months ahead.

For Europes liberals, this political meddling in competition policy is anathema. They argue the political problems posed by inequality and populism will only get worse if Europe turns its back on the free market and relies on a few “champions” that weaken small and medium-sized enterprises in the supply chain.

Karel De Gucht, a Belgian liberal and former European trade commissioner, said the reforms sought by Paris, Berlin, Rome and Warsaw risk backfiring. “The EU is the largest exporter and the largest investor in the world and would mainly stand to lose from more protectionism,” he said.

“This discussion [on competition reform] will keep festering, just like the trade discussion. A number of countries led by France took the initiative,” he added. “These pressures have always existed but could be more intense now. They want a more political Commission. I think the Commission was always quite political but this time its politics does not suit the member states.”

“If I were the commissioner, I would first of all call the attention of the four countries to the principles about who is responsible for what in Europe” — Mario Monti, former EU competition chief

In a sign of the deepening concern in Europes liberal nations about the more protectionist trade and industry agenda being charted by France, Sweden is pulling together a rival bloc.

Stockholm has invited five nations (Denmark, Finland, the Czech Republic, the Netherlands and Germany) to a meeting of “like-minded nations” next Tuesday in what is being viewed as a counterweight to the French agenda.

Germany is the most intriguing invitee as it has joined Paris in pressing for looser antitrust rules, but also has liberal instincts as a massive exporter. The ultimate fate of EU industrial policy probably lies in which way a conflicted Berlin finally leaps.

Tanja Alemany, a spokesperson for Germanys economy ministry, played down the suggestion that there was anything taboo in Berlins call for changes to competition law. “As far as I know, member states are allowed to communicate good suggestions, when they have any, to the EU Commission,” she said.