Europe may not have an Apple or a Facebook but it does have one killer export when it comes to technology: regulation.

The EU already sets the global rules for digital privacy, forcing countries from Argentina to Japan to rejig their national standards in line with the regions tough stance on data protection.

Now, the European Union wants to do the same with trade rules on data.

Ahead of a G20 ministerial meeting this weekend in Japan, EU officials are pushing to cement the regions dominance over new standards about how companies send data between trading blocs. Europes goal is to establish the right to privacy — enshrined as a fundamental right in the region — in the way that data is exchanged between global businesses ranging from banks and insurers to hotels and online retailers.

To impose their will on the rest of the world, the Europeans have the World Trade Organization (WTO) and a range of existing and potential bilateral trade deals worldwide in their crosshairs.

“What we have seen happening is an acceleration and multiplication of data protection laws” — Olivier Proust, lawyer

That strategy would help safeguard the regions revamped data rules, known as the General Data Protection Regulation, or GDPR, from legal challenges brought by trade adversaries including the United States, which have criticized Europes new privacy standards for being an unfair barrier to trade (and the epitome of extraterritorial lawmaking).

Europes latest privacy push will be tested in the coming weeks when the European Commission holds a series of crucial international meetings, during which it will likely face uphill battles with trade heavyweights including the U.S., China, Canada, India and Brazil.

“The bigger this zone will be, the better — for trade and for these soft but very important things like democracy and freedom,” EU Justice Commissioner Věra Jourová told POLITICO in reference to Europes goal of exporting its data rules to the trade realm. “We have several principles which we want to see before we can speak about the zone for the free data flows.”

The EUs first line of attack is to push data protection rules in upcoming trade deals, as well in bilateral and multilateral trade agreements across the globe.

The tactic may split the world into two distinct “camps,” as the commissioner called it in a speech on her most recent visit to the U.S. in April. On the one side, Jourová said, there are countries that want to work to tame tech giants and surveillance states through tough privacy rules. On the other, there are companies like Facebook and Google and countries that support such data harvesting practices.

Jourová stressed that the EU partly aimed to export its privacy regulatory regime — including installing data protection as a prominent right in other countries national laws.

“The United States, of course, would be greatly welcomed. The missing federal law, relevant or adequate or comparable with GDPR is a missing thing. Thats why were offering our support,” she told POLITICO of the national debate in the U.S. on creating federal privacy legislation.

Europe isnt hanging around to push its privacy claim.

In May, the region filed proposals for e-commerce rules with the WTO that would enshrine so-called net neutrality, free data flows and basic consumer protections as part of the organizations international rulebook for trade. When it comes to privacy, Europe also wants to create exceptions to limit the free flow of data to guarantee privacy, as well as enshrine the protection of personal data as a fundamental right.

Cloud services, e-commerce platforms and other industry players fret about having to set up more data centers across the world to minimize their data flows.

Europes existing privacy regulation gives it an “aura” on the issue, said Olivier Proust, a data protection lawyer at Fieldfisher in Brussels, because countries around the world are looking to align their data protection policies with Europe.

“What we have seen happening is an acceleration and multiplication of data protection laws — and thats a direct influence of Europe in the world,” Proust said.

But the old continent hasnt won over U.S. lawmakers yet.

While the U.S. is studying potential privacy legislation domestically, it has rebuffed Europes requests to import privacy protections into trade law. 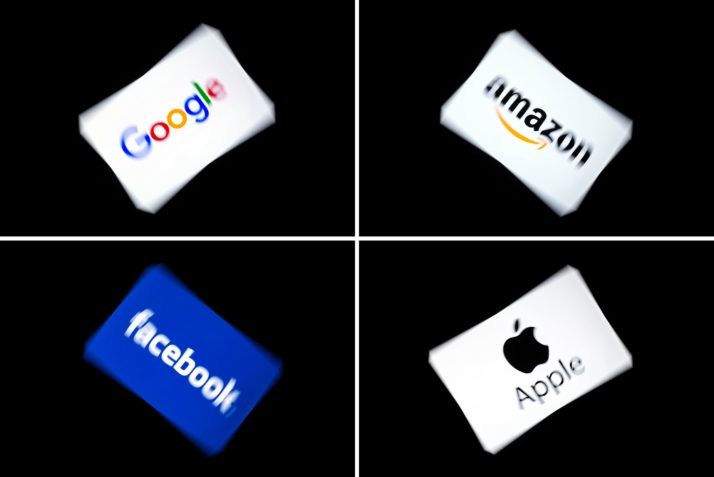 The logos of Google, Amazon, Facebook and Apple displayed on a tablet | Lionel Bonaventure/AFP via Getty Images

In recent trade texts, Washington has outlined a vision that supports a free flow of data for the benefit of cross-border e-commerce and digital business, but it is the privacy issue that is driving Washington and Brussels apart.

“The positions on each side seem almost of a religious character, in a sense … and it is preventing the two sides from coming together,” said Josh Kallmer, executive vice president at the Information Technology Industry Council, a lobby association with offices in Washington and Brussels representing large technology companies.

“We happen to believe the two sides are actually not that far apart,” Kallmer said.

When it comes to pushing its global privacy claims, Europe is turning to a long-time ally: Japan.

Ahead of this years two-day G20 summit in Osaka on June 28, Shinzō Abe and his government are working with counterparts, including Europe, to draft a commitment to create a so-called “data free-flow with trust.”

The idea was presented by Abe in January, at the launch of the countrys G20 presidency, and would include an economic zone for the free glow of “medical, industrial, traffic and other most useful, non-personal, anonymous data.”

In his speech, Abe stressed that it would involve “non-personal data,” and personal data would still fall “under careful protection.”

“Protecting GDPR is fine, but it shouldnt hurt you in other ways,” — Thomas Boué, chief European lobbyist of BSA