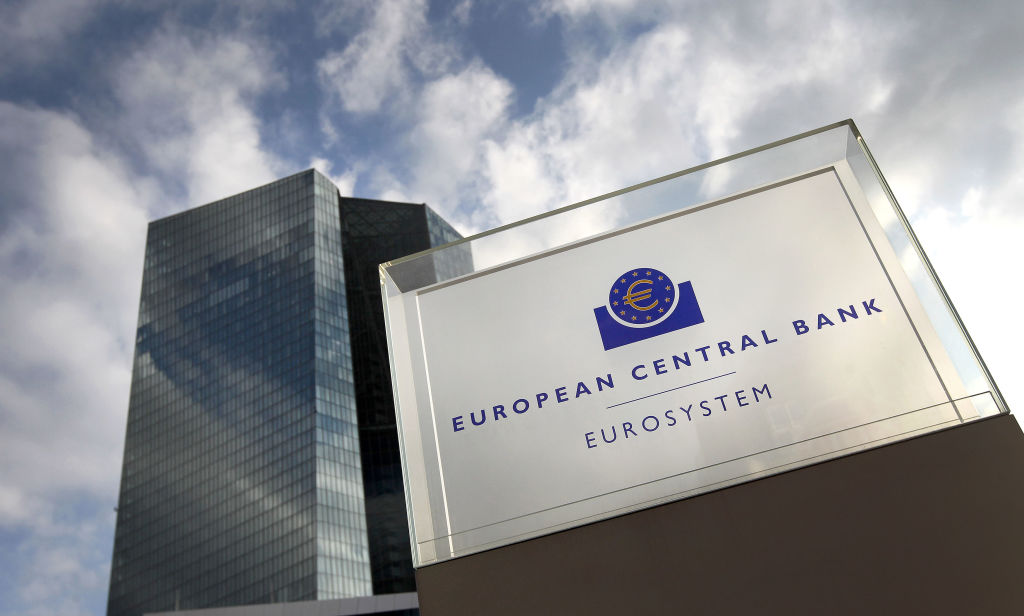 The euro has fallen against the pound after minutes from the European Central Bank (ECB)s last meeting showed board members were leaning towards an interest rate cut in June.

The account released today showed ECB governing council members were in “broad agreement” that they “needed to be ready and prepared to ease the monetary policy stance further”.

The single currency had fallen 0.2 per cent against the pound by 3pm UK time to buy £0.89. It remained roughly flat against the dollar as hopes of the Federal Reserve also slashing rates sent the greenback falling.

Lower interest rates in the Eurozone decrease demand for the euro by making it a less attractive place to invest.

Board members took into account a global slowdown, heightened trade tensions, and the prospect of “weaker growth ahead” for the 19-member Eurozone, todays minutes showed.

In its June decision the ECB decided to push back the date it would consider raising rates by for at least a year. The account of the meeting shows board members discussed restarting stimulus asset-purchases and cutting interest rates.

Days after the June meeting ECB president Mario Draghi dropped a heavy hint that the Bank was preparing “additional stimulus”, which sent the euro tumbling.

Todays notes from the June meeting show ECB policymakers discussed “more strategic” moves “should the environment of too low inflation continue to prevail”. For instance, the ECB planned to announce it would tolerate inflation going above or below its two per cent mandate.

International Monetary Fund (IMF) director Christine Lagarde is set to take over from Draghi as ECB chief in October.