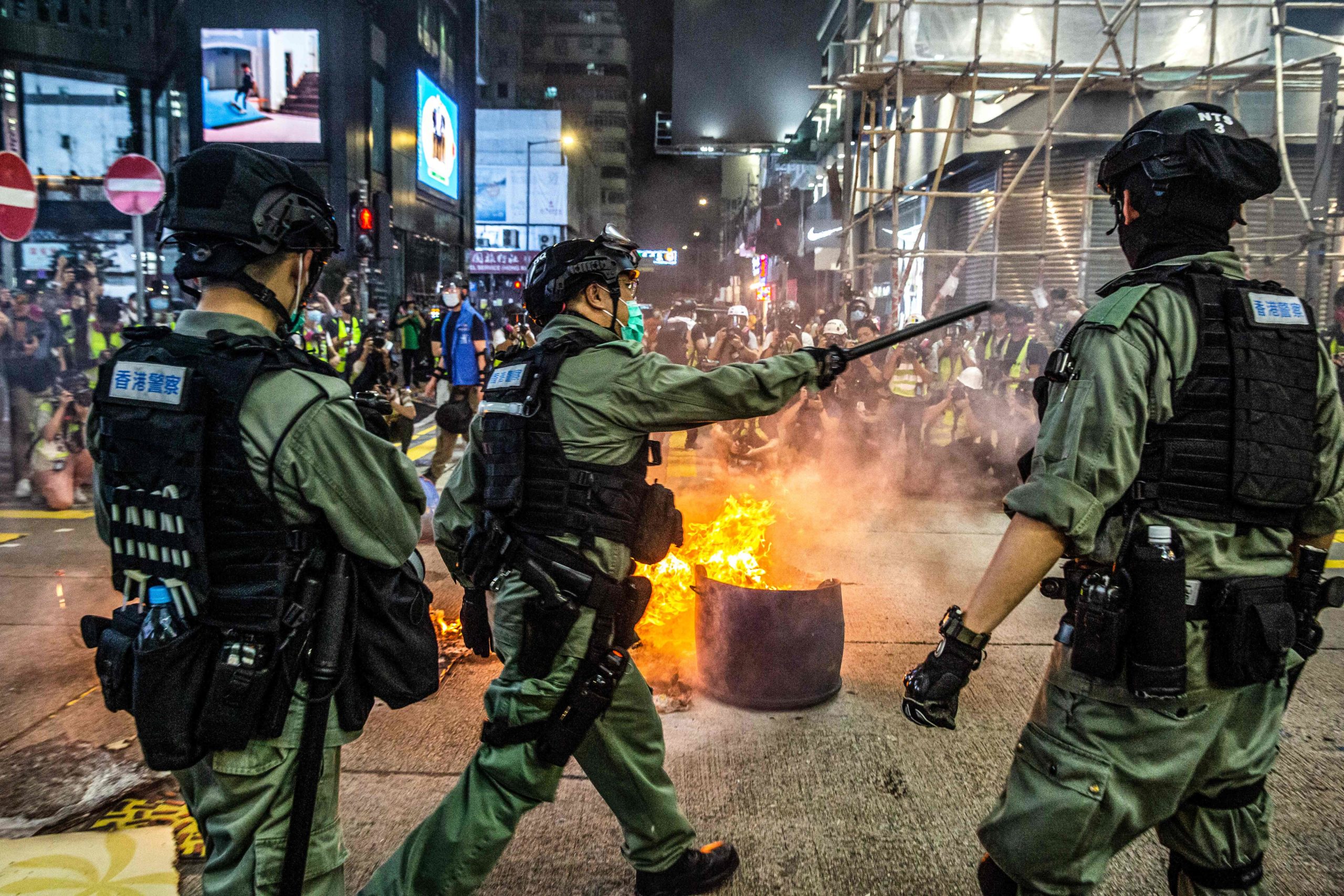 This story is jointly produced by POLITICO and the South China Morning Post, with reporting from Brussels, Paris and Hong Kong.

European leaders are in no mood to follow the U.S. in threatening trade sanctions against Beijing as it moves to tighten its grip on Hong Kong.

Despite growing tensions over the former British colony, German Chancellor Angela Merkel, Europes most powerful politician, insists she still wants the EU to reach a landmark investment agreement with China this year.

Chinas top legislature on Thursday voted 2,878-to-1 to impose national security laws on Hong Kong, sparking concerns that Beijing will limit the autonomy granted by the “one country, two systems” principle that followed the end of British rule in 1997. Over recent days, protesters have poured onto the streets and clashed with security forces in an echo of a pro-democracy movement last year.

The U.S., Canada, Australia and Britain condemned Beijings step, hailing Hong Kong as a “bastion of freedom,” and the U.K. held open the prospect of citizenship for more Hongkongers if Beijing presses ahead.

While U.S. President Donald Trump has vowed to “react strongly” and Secretary of State Mike Pompeo has cast doubt on Hong Kongs continued preferential trading status, the EU is sticking to traditional diplomatic expressions of concern.

“The Hong Kong government has lost a lot of credibility, if not all of it” — Julien Chaisse, law professor at the City University of Hong Kong

EU foreign policy chief Josep Borrell said he had “deep concern” about Thursdays move. He has previously insisted Brussels “attaches great importance to the preservation of Hong Kongs high degree of autonomy,” but said this week he didnt think “sanctions against China are going to be a solution for our problems.” Merkel also said the EU, the worlds biggest trade bloc, needs to maintain a “critical and constructive” dialogue.

European foreign ministers will meet on Friday to try to hack out a common position on China, but trade retaliation is not on the agenda. “Sanctions are not on the table, our relations with the Chinese are simply too important,” one senior EU diplomat said.

All eyes on investment deal

The key issue is whether Chinas power grab in Hong Kong will weigh on the EUs investment agreement with China, which Germany wants to conclude this year. The senior diplomat said that Hong Kong could be “a game-changer” as questions increase about rule of law in a city of 7 million people that is the base for many European investors in the region.

Germany wants the deal to be concluded at an EU-China summit in the city of Leipzig in September. But the agreement was in trouble even before the latest flare-up in Hong Kong. Michael Clauß, Germanys ambassador to the EU and a former ambassador to China, admitted earlier this month that talks were stuck over market access rights for European companies.

Jörg Wuttke, president of the European chamber of commerce in Beijing, warned that events in Hong Kong could undermine Chinas diplomatic standing. “This could seriously affect ongoing negotiations between the EU and China on a variety of critical areas such as the comprehensive agreement on investment and on issues of common concern like climate change,” he said.

European parliamentarians could change this, however, one of the diplomats said.

“If [MEPs] insist on that, the [European] Council may have to consider something like changing the mandate, at a later stage. But this must be discussed and talked through, and the [European] Commission would have to take the initiative,” they said.

Still, one high-level EU official noted that the security law could itself simply make European investment undesirable. He urged China to respect Hong Kongs legal system, which is a cornerstone for European investors.

“One of the key issues in Hong Kong is the change — the sudden, radical change — in the legal framework, legal guarantees, in how the judicial system can work. If youre an investor, it is the key part of the reason to take into account when making investment decisions,” he said.

Investment flight would be a huge problem for Hong Kong, which has always sought to entice investors by parading its openness. The city was ranked as the third most popular destination for foreign direct investment from the European Union in 2017, much of which is then channelled to China. About half of the 2,200 European companies in Hong Kong also use it as their regional headquarters or offices.

The European Union is Hong Kongs second largest trading partner, after China, while Germany is by far the largest European trading partner for the city, with bilateral trade amounting to some €13.97 billion ($15.3 billion) in 2019.

“I believe we are still looking at a strong case for Hong Kong overall,” said Frederik Gollob, chair of the European Chamber of Commerce in Hong Kong. “However, we do notice that many stakeholders inside and outside Hong Kong, including the [European Union], are monitoring the current development closely, besides having expressed their concerns.”