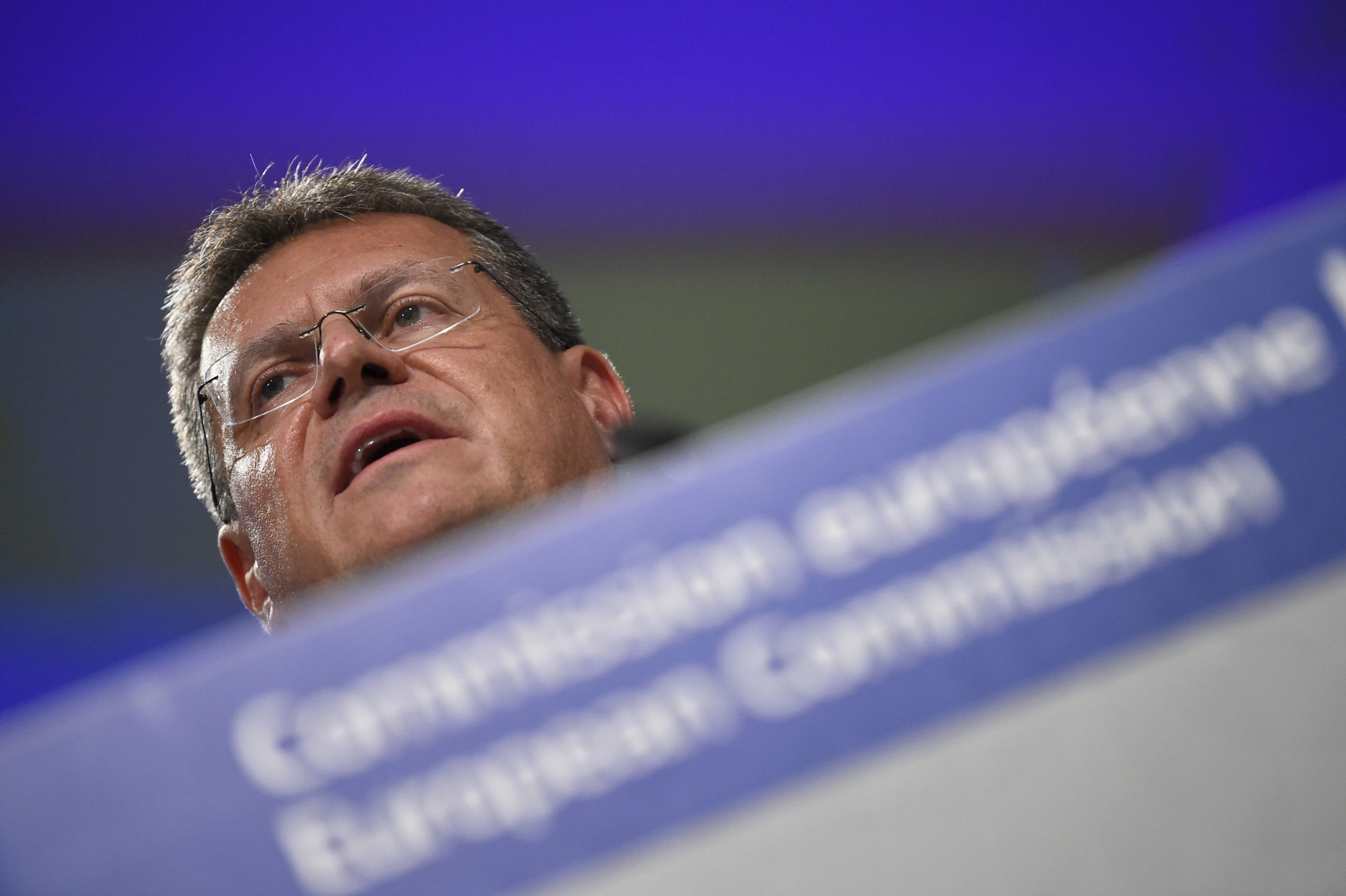 LONDON — European Commission Vice President Maroš Šefčovič said there is an “urgent need to move into higher gear” to implement the Withdrawal Agreement struck last year with London before the end of the Brexit transition period.

Speaking after the third meeting of the EU-U.K. Joint Committee, which oversees the implementation of the agreement, he said it is “important to accelerate” preparatory work.

Šefčovič said he wants another Joint Committee meeting by the middle of October, and said future meetings would need to be more regular than they have been.

Speaking to broadcasters following the meeting, U.K. Cabinet Office Minister Michael Gove, who co-chairs the committee with Šefčovič and traveled to Brussels for it, said it had been a “good” summit, where the two sides agreed that “we need to go further in making sure the Northern Ireland protocol and the Withdrawal Agreement are implemented.”

But Šefčovič was unclear about what the EU would do if the U.K. fails to scrap controversial clauses in its Internal Market Bill, which seeks to give ministers the right to change the Withdrawal Agreement, by the Brussels-imposed deadline of Wednesday. He said he reminded Gove in the meeting that the EU “will not be shy” in using dispute resolution mechanisms in the Withdrawal Agreement, but urged reporters to allow time for the EU to mull its next steps.

The U.K. sought to override aspects of the Northern Irish protocol through the proposed bill, but appeared to back down by offering a number of concessions on the plan when faced with opposition in the House of Commons.

“We maintain that the bill, if adopted in its current form, would constitute an extremely serious violation of Read More – Source
[contf]
[contfnew]