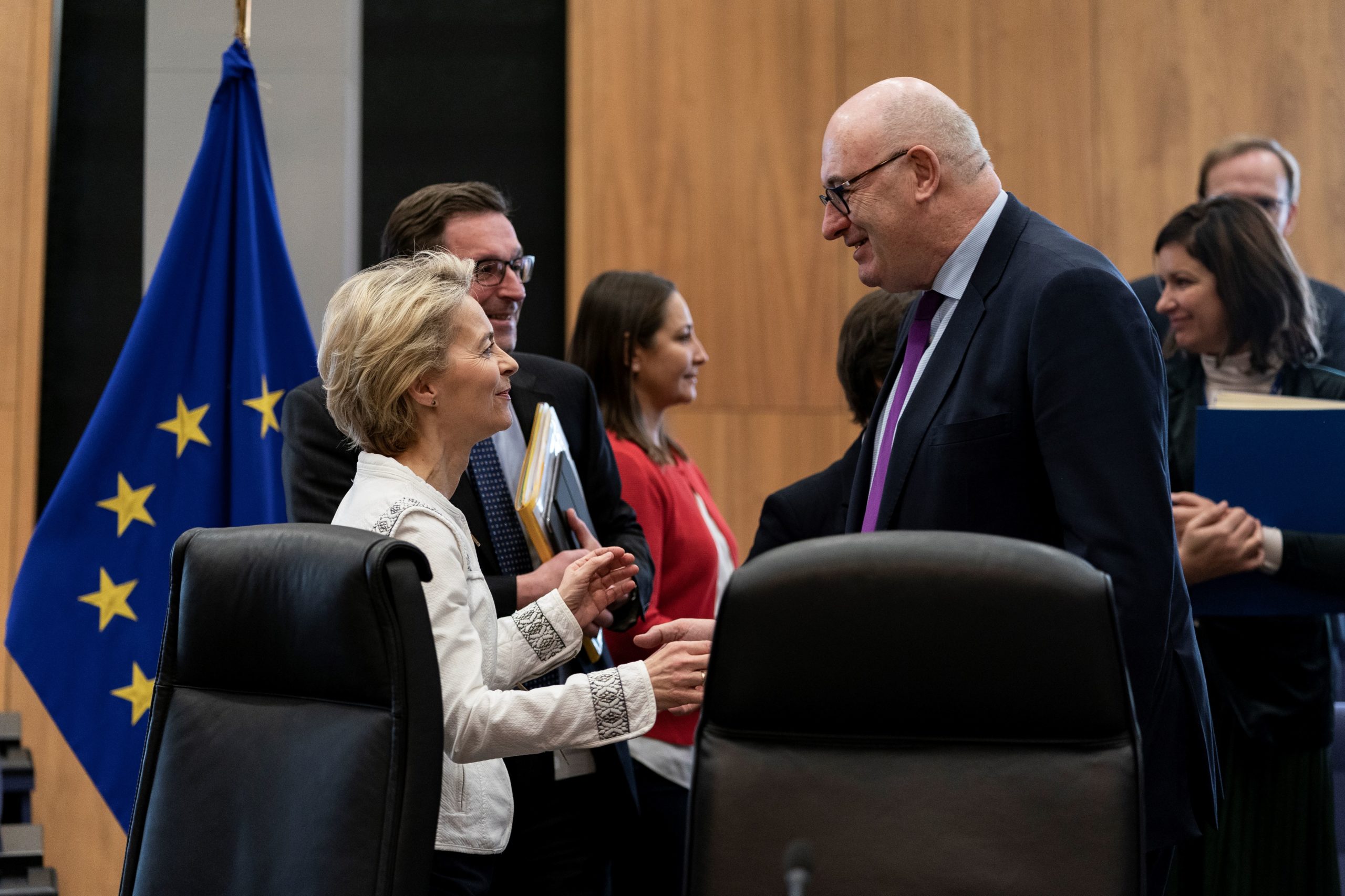 The outrage over the “golfgate” scandal is in Ireland, but the decision on whether it claims a European Commission scalp rests with Brussels.

In Ireland, pressure mounted over the weekend for Phil Hogan to resign from his role as EU trade commissioner after he attended a packed golfing soirée along with other members of Irelands political elite in breach of strict rules on social events.

The parliamentary golf society dinner brought together over 80 people at a time when indoor gatherings were restricted under new coronavirus rules to a maximum of six. That has caused an uproar in Ireland, with two senior Irish politicians, including the agriculture minister, forced to resign.

Both Micheál Martin, the prime minister, and Leo Varadkar, the deputy prime minister, spoke to Hogan and asked him to “consider his position” on Saturday, according to a government spokesperson. That prompted a Twitter apology from Hogan, who acknowledged that his actions had “touched a nerve with the people of Ireland.”

But despite the toxic fallout at home and a political shove from Dublin, the trade commissioner is not budging. Thats because the levers to remove a sitting commissioner are not in Ireland — or any other EU member country — but in Brussels.

Even if a head of steam builds in the Parliament for Hogan to go, MEPs do not possess a mechanism to actually prize the trade commissioner out of a job.

As an EU official, Hogan is required to “behave with integrity and discretion” during and after his mandate, observe “the highest standards of ethical conduct,” and “respect the dignity of their office,” according to provisions included in the code of conduct of EU commissioners. But while the code is relatively explicit on matters of financial conflicts of interest and outside jobs, there is little guidance on the kind of national political firestorm that Hogan has landed himself in.

Under the heading “Political Role,” the code states that “Commissioners play an important political role. They have political responsibility and are accountable to the European Parliament.”

Kathleen Van Brempt, a Belgian MEP and member of the international trade committee, said the European Parliament had not yet discussed “golfgate” and MEPs like her would need to understand if Hogan “overstepped the rules” or “acted out of recklessness.”

“But in any case, anyone including myself must restrain to go to public events,” Van Brempt said. “If you want to meet, just go online. As a politician, you have to set the example.”

But even if a head of steam builds in the Parliament for Hogan to go, MEPs do not possess a mechanism to actually prize the trade commissioner out of a job. They can put pressure on his boss, Commission President Ursula von der Leyen, to cut him loose or they can censure and dismiss the Commission as a whole.

Another theoretical option is compulsory retirement. EU legislation states that “if [the commissioner] has been guilty of serious misconduct, the Court of Justice may, on application by the Council acting by a simple majority or the Commission, compulsorily retire him.” But while the anger in Ireland over Hogans actions is real, “serious misconduct” is a high bar to meet.

The only mechanism for Hogans potential removal then is the judgment of von der Leyen herself. As the legislation states: “A member of the Commission shall resign if the President so requests. ”

On Monday, Dana Spinant, the Commissions deputy chief spokeswoman, said von der Leyen had received a “full report” from Hogan on the circumstances of the dinner. She said the president has asked for “further clarifications” because “details are important.”

“It is important of course for the president that rules are respected,” Spinant said. “It is also important for the president to be fair, so this is why it is essential that all facts are being provided … This is a matter of not just respecting the rules but this is also a matter of public health, there are legal aspects involved and there are moral aspects involved as well.”

In truth, von der Leyen has broad latitude to interpret the rules as she sees fit and precedent suggests that much worse behavior would have to emerge for Hogan to forced out.

Only one commissioner has previously stepped down in such circumstances. That was Maltas John Dalli in 2012, following allegations that the tobacco industry sought to bribe him. (He later claimed he was forced to resign but the