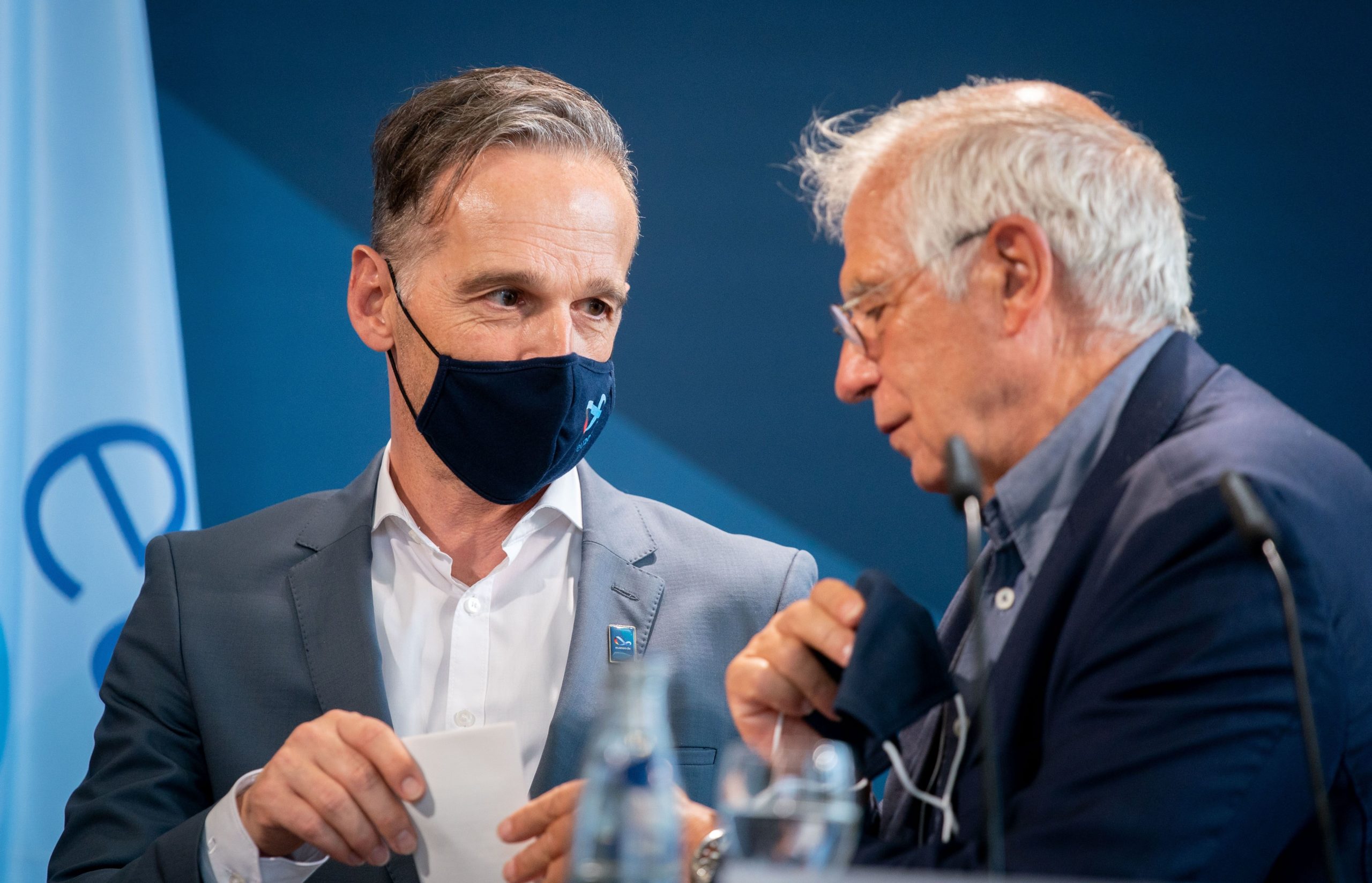 BERLIN — The EU is considering imposing economic sanctions against Turkey over its gas drilling activities in the Eastern Mediterranean while urging Ankara to engage in a dialogue, the blocs foreign policy chief Josep Borrell said Friday.

“We must walk a fine line between preserving a true space for dialogue and at the same time showing collective strength in the defense of our common interests,” Borrell told reporters following an informal meeting of EU foreign ministers in the German capital.

Turkey is pushing to explore for gas in the Eastern Mediterranean in waters that are also claimed by Greece and Cyprus. Tensions between the two EU countries and Ankara have sharply increased in past weeks, raising concerns of a military escalation.

Borrell said that the EU wanted “to give a serious chance to dialogue … [and] I will try to create a space for negotiations.”

He stressed, however, that “there is a growing frustration in the face of Turkish behavior,” and added that EU foreign ministers had “asked the relevant Council working groups to speed up their work in order to add individuals suggested by Cyprus to the list of the existing [sanctions].”

In addition to targeting individual persons, ministers also discussed hitting Ankara with more far-reaching economic and financial sanctions, Borrell said. “We also agreed that in the absence of progress in engaging with Turkey, we could develop a list of further restrictive measures that could be discussed [by EU leaders] at the European Council on the 24th of September.”

The EU could hit Turkeys economy in fields where it “is more related to the European economy,” Borrell said of the potential extended sanctions.

“Now we are listing personalities, we can pass to list assets, ships … prohibiting the use of European ports, of European capacities, technologies, supplies. We can [target] financial [resources] needed for this kind of considered illegal activities.”

German Foreign Minister Heiko Maas also said that EU leaders would use their summit later next month to “intensively” discuss Turkey and potential next steps.