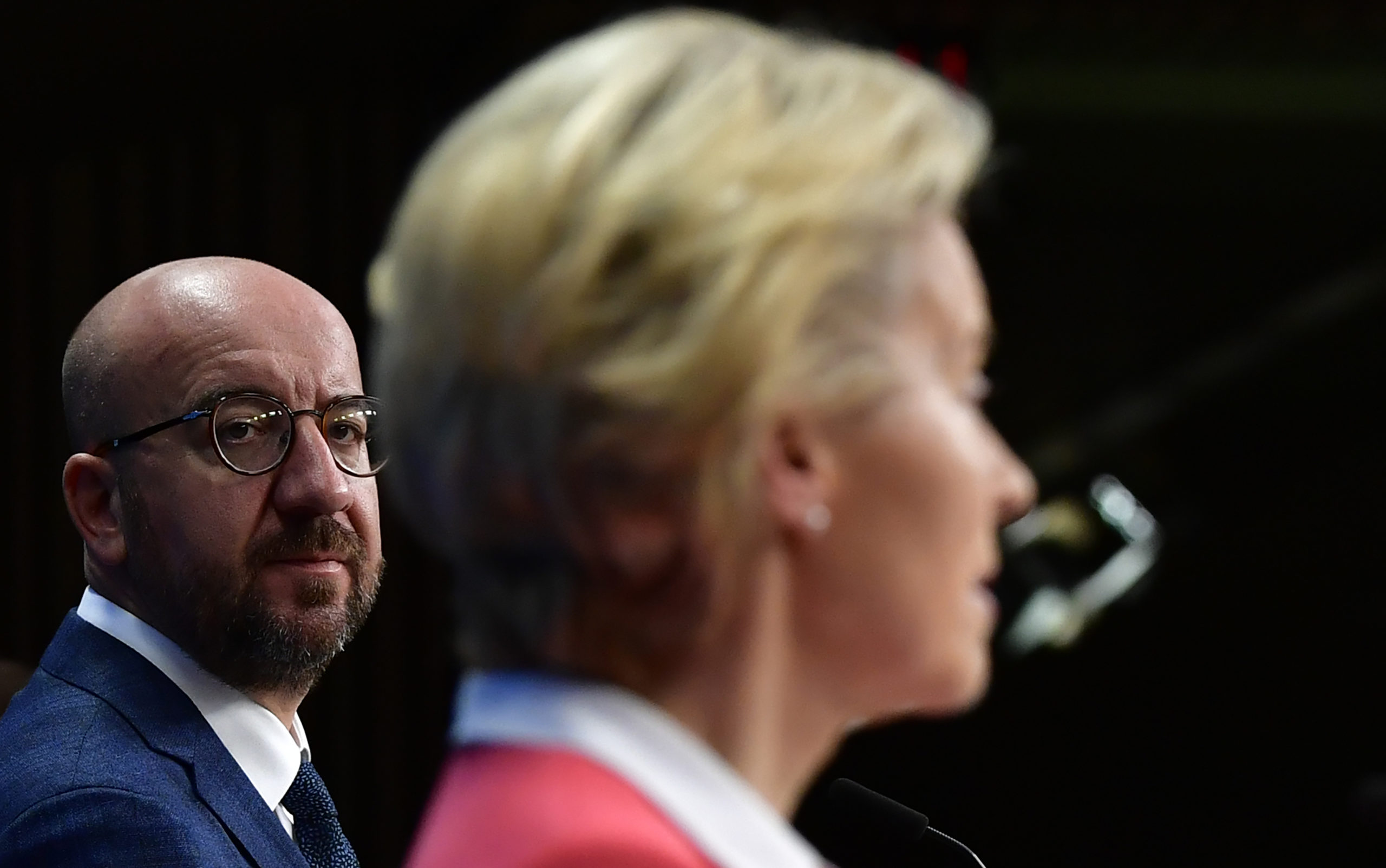 Brussels is clear: the U.K. has lost the room and — maybe — its chances for a trade deal with it.

Brexit was just a brief information point at the European Council summit which wrapped Friday but the mood was clear around the leaders table, EU officials and diplomats said.

“When I try to take to feel the temperature in the European Council, what is the temperature between the member states — we are united, no doubt on that — but there is the impression more and more that it will be very difficult to get a deal with the U.K.,” said a senior EU official. “Because we dont have the impression that they put on the table a real margin in order to make a deal possible.”

The senior official cited “this growing feeling” among some leaders “that maybe, maybe a no-deal can be less worse than a bad agreement.”

German Chancellor Angela Merkel struck a somewhat more positive tone, telling reporters following the summit that the deal struck between the U.K. and Norway on fisheries earlier this week showed Britain remains on a “constructive path” in negotiations with neighbors.

“We want a deal because we think it is better to have a deal as neighbors” — Ursula von der Leyen, European Commission president

Commission President Ursula von der Leyen, who delivered an update on negotiations to EU heads of state and government, was pessimistic. She told the summits closing news conference she would speak by videoconference with U.K. Prime Minister Boris Johnson Saturday and hoped for a deal but that difficult issues remained unresolved, especially the debate over the so-called level playing field, which Brussels wants in order to ensure the U.K. cant undercut the bloc, and a fight over fishing quotas in British waters.

“We want a deal because we think it is better to have a deal as neighbors,” von der Leyen said. “Also on top, in these COVID times, with devastating impact on the economies, it is good to have a deal — but not at any price. And mainly the topic of the level playing field, how can we make sure that it exists between both economies, and the question of fisheries are very difficult, so we will see how we progress on that.”

Von der Leyen also noted that the EU had initiated legal proceedings against the U.K. over its controversial Internal Market Bill, which would allow London to unilaterally unpick some aspects of the Brexit Withdrawal Agreement, which the two sides agreed last year.

Privately, according to officials present, von der Leyen warned leaders that no-deal, in which the two sides fall back on World Trade Organization rules, would be better than caving to British demands and ending up with a bad, lopsided agreement. “A bad deal would mean no level playing field which would be a threat to our economy,” von der Leyen said, according to an official.

For his part, Johnson told the BBC Friday that he hoped for a deal but “its up to our friends [in the EU].”

“Theyve done a deal with Canada — long way away — of a kind that we want, why shouldnt they do it with us, were so near, weve been members for 45 years.”

During the summit, leaders also heard a brief assessment from Irish Prime Minister Micheál Martin, who urged them to stand firm against Londons efforts to undermine the divorce deal.

The message from the blocs chief negotiator, Michel Barnier, was consistent Friday when he told a meeting of the European Parliaments U.K. Coordination Group that this weeks round of negotiations led to barely any progress, according to people briefed on the meeting.

This weeks negotiations were the last formally scheduled round of talks before another European Council summit in mid-October that was originally envisioned as the decisive moment where leaders could approve a deal. The agreement would then need ratification from the European and British parliaments before the current transition period ends on December 31.

While von der Leyen on Friday portrayed discussions over the implementation of the Withdrawal Agreement as a “work strand,” the senior EU official said the Internal Market Bill had poisoned the atmosphere around the Brexit talks for EU heads of state and government, while unifying the EU27 evRead More – Source
[contf]
[contfnew]