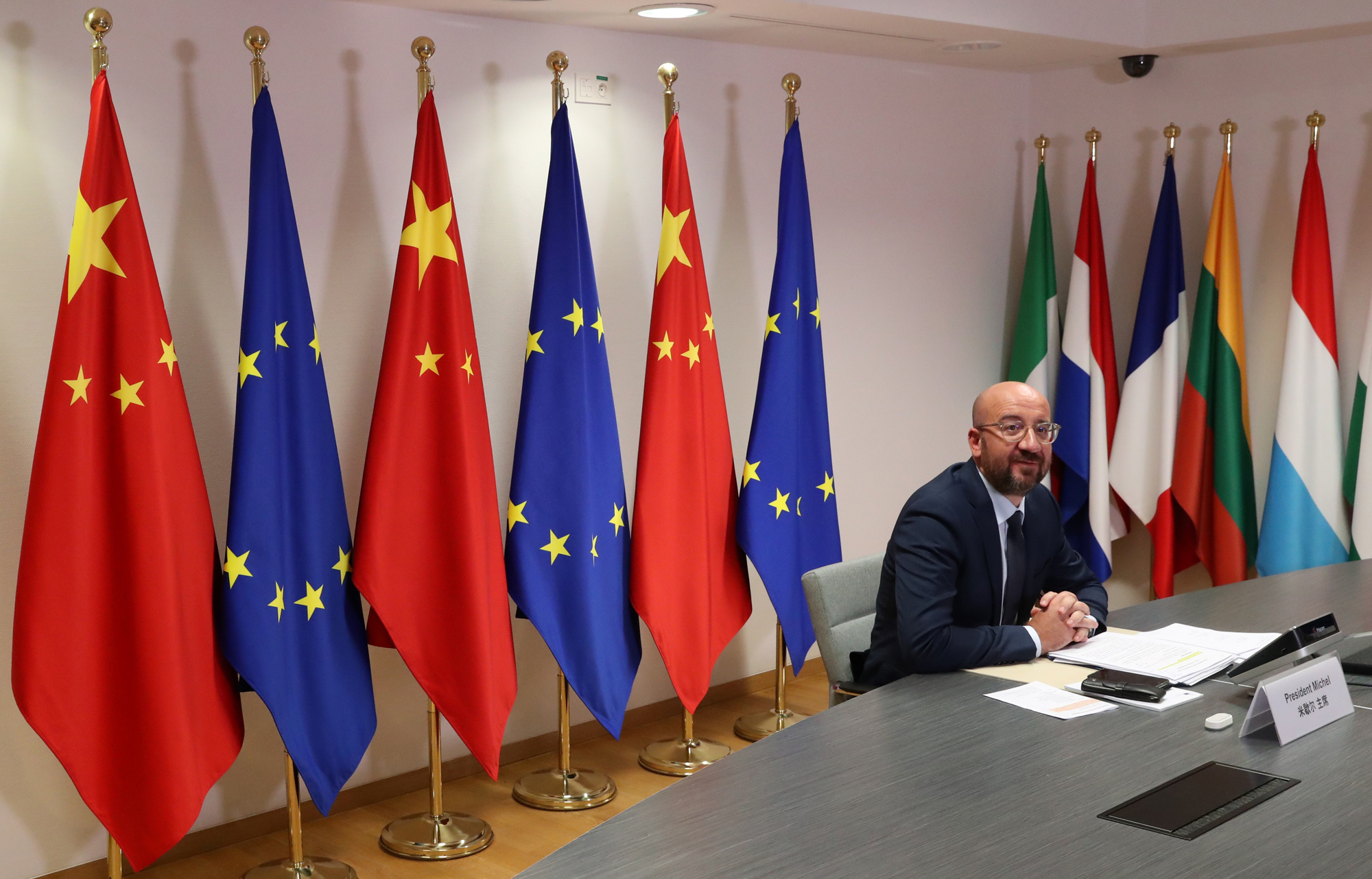 EU leaders wanted to get tougher on China. Instead, they had a tough time just remaining consistent in their own remarks.

But the Europeans got no guarantees, neither written nor spoken, from the Chinese. And there was not even a joint news conference that might have obligated Xi and Li to confirm the topics that were addressed, and acknowledge the EUs positions.

Meanwhile, the EUs uneven approach toward the worlds dominant rising power — a reflection of disagreements among the blocs national capitals — seemed as uneven as ever, with von der Leyen and the EUs foreign policy chief, Josep Borrell, giving different views on how they view China.

“Systemic rival,” von der Leyen said, referring to a 2019 EU strategic document on China. “That means there are two very different systems, very different views on values … and in this category, of course, goes the topic of cybersecurity. We know that we have seen attacks … cyberattacks in the past, as I said, on computing systems, on hospitals. And we know the origin of the cyberattacks, the same goes for disinformation.”

The EU and China have made a custom of holding annual meetings, but this years event was forced online by the coronavirus pandemic.

“We pointed out clearly that this cannot be tolerated,” von der Leyen said of the cyberattacks, adding, “On our side, we put against them the facts and the figures that are necessary to know.”

Borrell, speaking in an interview on Monday with the German Marshall Fund of the United States, took a somewhat less confrontational tone. “We dont want to engage in a kind of systematic rivalry with China,” he said. “But on the other hand, we are not naïve. I said at the beginning of my mandate that we Europeans have been a little bit naïve with respect to China and on that, I agree with President Trump who said the same thing.”

The EU and China have made a custom of holding annual meetings, but this years event was forced online by the coronavirus pandemic. Germany is still hoping to hold a high-profile event later this year to be attended by top Chinese officials and all 27 EU heads of state and government.

The online summit also posed some logistical challenges for the EU side. During opening remarks, a screen mounted high on a wall left Michel awkwardly looking up from a desk where he was seated, as if his counterparts were standing on a hill above him.

For the EU, it was von der Leyen who delivered the firmest positions on Monday, particularly on trade, where the EU wields full authority on behalf of all of its member countries. She insisted that Mondays summit was useful but more work remained to be done.

“We must make progress,” she said. “For this, the summit was only a starting point. Progress implies cooperation on both sides, implies reciprocity and implies trust.”

Von der Leyen demanded that Beijing step up efforts to negotiate various trade disputes, including an investment agreement, which she insisted should be concluded by the end of this year.

“We have not made the progress we aimed for in last years summit statement in addressing market access barriers,” she said. “We need to follow up on these commitments urgently.”

She added, “In order to conclude the investment agreement, we would need in particular substantial commitments from China on the behavior of state-owned enterprises, transparency in subsidies, and transparency on the topic of forced technology transfers. And we have raised these issues at the same time with Premier Li and President Xi, that we expect that China will show the necessary level of ambition to conclude these negotiations by the end of this year.”

Von der Leyen said she and Michel had forcefully conveyed the EUs position on human rights and its alarm over Chinas threat to impose a national security law on Hong Kong. “For the European Union, human rights and fundamental freedoms are non-negotiable,” she said. “We always raise our concerns, so was it today too.”