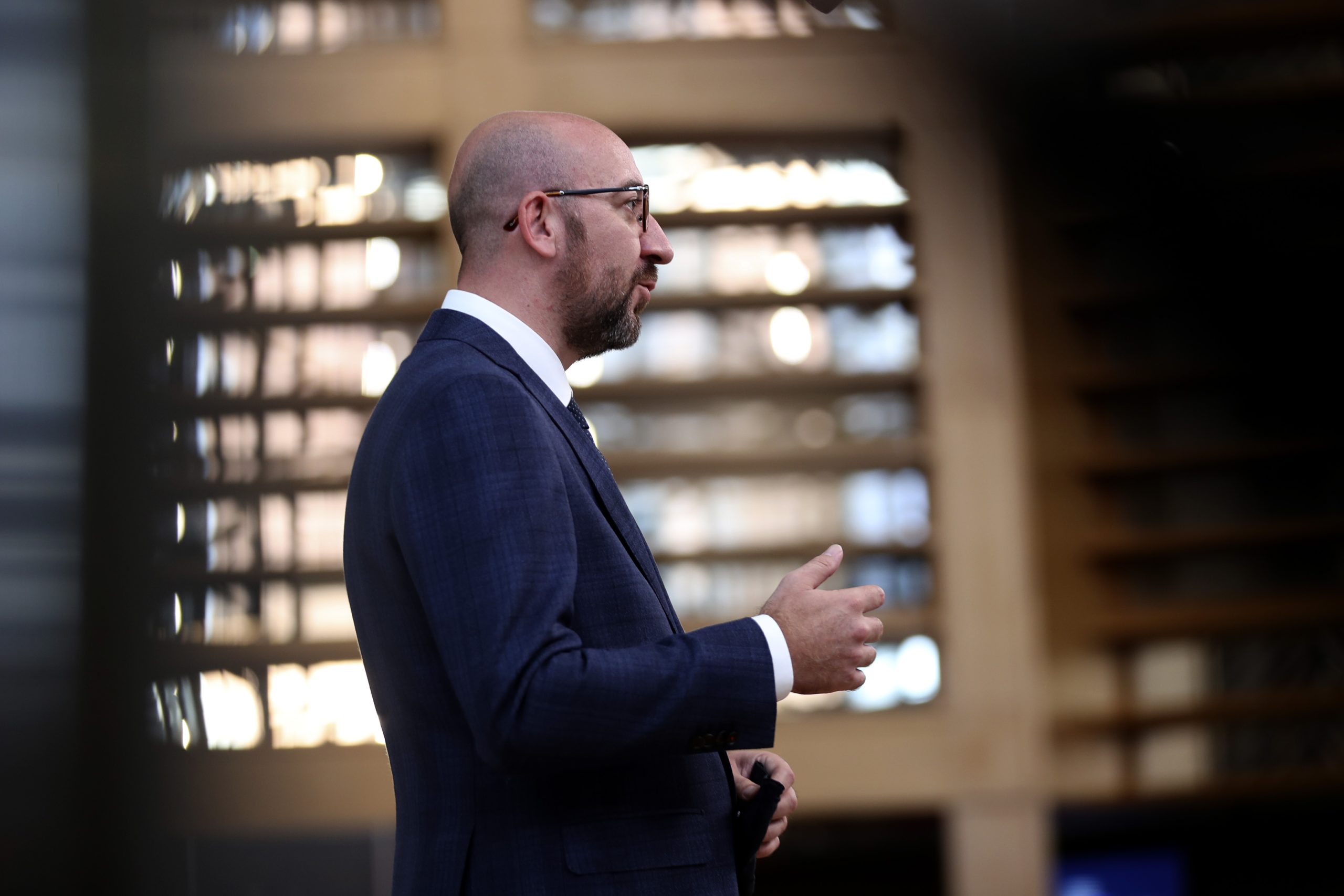 EU leaders agreed early Tuesday on a groundbreaking plan to jointly borrow €750 billion to respond to the coronavirus pandemic, which has killed 135,000 people around the bloc and sent economies across the Continent into a tailspin.

The EUs recovery fund, to be composed of €390 billion in grants and €360 billion in loans, will be attached to a new €1.074 trillion seven-year budget, the Multiannual Financial Framework (MFF), on which heads of state and government also reached unanimous agreement — bringing the total financial package to €1.82 trillion.

The deal was clinched at 5:30 a.m., capping a summit that went into a fifth day and became one of the longest in EU history.

“Good morning everyone,” Michel said at a press conference that started just before 6 a.m. “We did it! Europe is strong. Europe is united!”

“We have demonstrated that the magic of the European project works because when we think that it is impossible there is a spring in our step thanks to respect and cooperation,” he added.

Speaking at the press conference alongside Michel, European Commission President Ursula von der Leyen said it was “regrettable” that some spending areas — such as on health — were reduced in the final deal among leaders.

But she added that while the EU is often accused of doing “too little, too late,” that charge cant stick this time. “We negotiated four long days and nights, more than 90 hours, but it was worth it,” she said.

The summit was the first in-person gathering of heads of state and government since lockdown measures were imposed in March, and it took place under extraordinary health precautions. Leaders often wore face masks, met in a far larger room than normal to ensure social distancing, and were forced to reduce the size of their delegations to just six officials from the customary 19.

The MFF was particularly difficult to put together this time because of Brexit. National capitals and the EU institutions had to plug a hole of some €10 billion a year or more that was left by the departure from the bloc of the U.K., which had been a big budget contributor.

With the coronavirus pandemic still raging globally, and a resurgence of cases in some EU countries, some leaders had feared failure to reach an agreement would cause stock markets to plummet, and potentially worsen the economic crisis. Many experts say the full shock from the pandemic has yet to be felt because of emergency government programs to prevent job losses, which could soon expire. The European Commission forecast earlier this month that the EU economy would shrink by 8.3 percent this year.

In the end, leaders sustained their talks and von der Leyen, who led efforts to draw up the huge budget-and-recovery plan, will have a financial blueprint starting January 1 tailored to tackle the crisis and address her top policy priorities, namely the European Green Deal to fight climate change, and an array of initiatives aimed at digital transformation.

France and Germany had proposed a €500 billion debt-for-grants program in May, which the European Commission adopted, and added a €250 billion loan program. While EU countries have borrowed jointly on financial markets at a small scale in the past, including in response to the eurozone debt crisis in 2010, the new plan marks a potentially giant leap in fiscal integration.

The approval of the plan marked a triumph for Germany and France, and a personal victory for Chancellor Angela Merkel and President Emmanuel Macron, who have forged a close working relationship during the crisis.

Macron hailed the final package as “a historic change of our Europe and eurozone.”

“I want everyone to measure the distance traveled in two months,” he added at a joRead More – Source