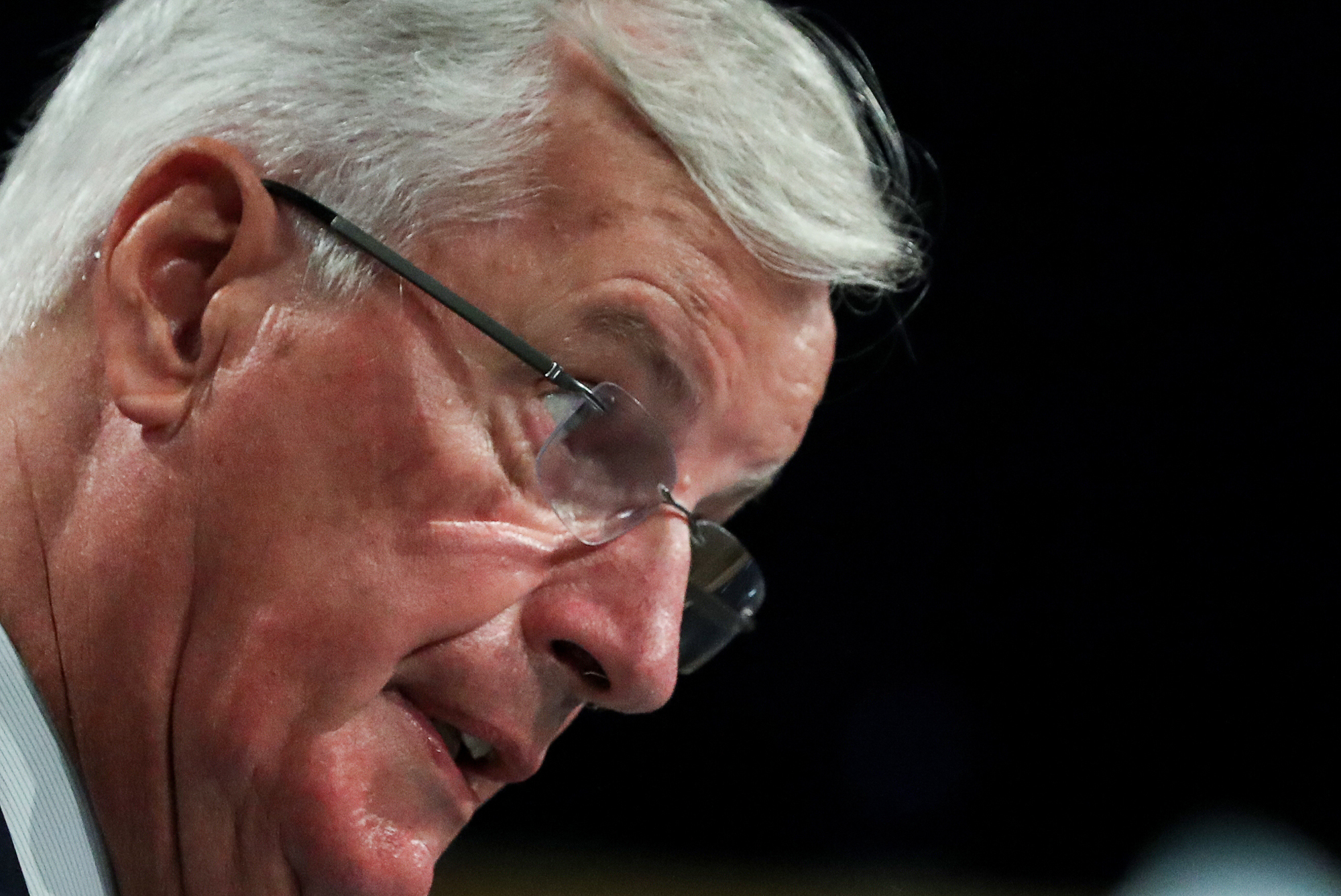 The EU closed ranks behind chief Brexit negotiator Michel Barnier on Monday after a series of high-impact U.K. media stories published on the eve of the latest round of negotiations on a future relationship.

As negotiators prepare for the eighth round of talks which begin in London on Tuesday, not for the first time Brussels is somewhat baffled by the U.K.s apparent strategy.

The Brits “are making it very easy for Barnier to keep support in EU capitals,” said one EU official closely involved in the talks. “But their timing is stunning. At this point, we should go underwater to resurface with a compromise. Instead, this media offensive leads to another breach of trust between the two sides. And the level of trust is already very, very low.”

U.K. Prime Minister Boris Johnson on Monday threatened to walk away from the talks if theres no deal by mid-October to pursue an “Australia-style” trade agreement. It came a day after the U.K.s chief negotiator David Frost gave a rare interview to the Mail on Sunday warning Britain will not “blink” on the main sticking points of the negotiations.

And biggest of all, the Financial Times wrote that the U.K. plans to introduce legislation this week that would undermine parts of the Withdrawal Agreement on state aid and Northern Ireland.

“I hope this is nothing more than another threatening act during the negotiations but even if thats the case, its counterproductive” — MEP Christophe Hansen, of the Parliaments trade committee

The latter has already been contradicted by Downing Street, but the overall effect in Brussels has been disbelief, as the EU has repeated time and again that the implementation of the Withdrawal Agreement is a prerequisite for any deal on the future relationship.

That message was sent again by Brussels on Monday, by the big boss herself. “I trust the British government to implement the Withdrawal Agreement, an obligation under international law and a prerequisite for any future partnership,” European Commission President Ursula von der Leyen tweeted. A Commission spokesperson said Barnier would raise the issue with Frost this week.

“I hope this is nothing more than another threatening act during the negotiations but even if thats the case, its counterproductive,” said Christophe Hansen, the lead Brexit MEP on the European Parliaments trade committee. “Were aiming for a deal, but we dont want a deal at any cost. If the U.K. would step back from the Withdrawal Agreement, it looks like they at any cost dont want a deal.”

An EU diplomat also pointed out the breach of trust by the U.K., saying, “If they dont live up to their obligations on one international treaty, how do you know they will live up to the obligations of the next agreement were currently negotiating?”