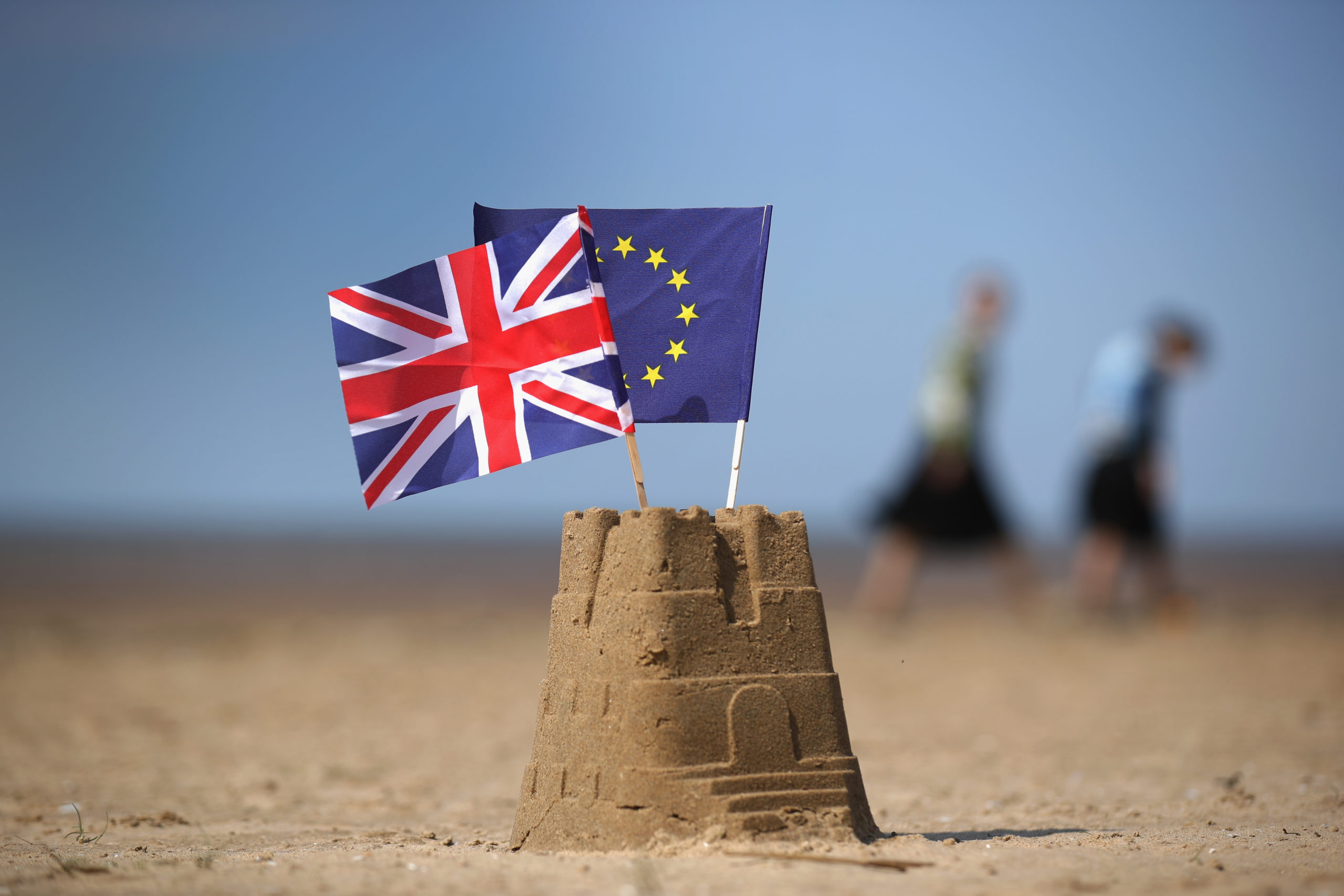 Brussels is in no rush to compromise on a post-Brexit deal — even though time is quickly running out to agree one — because it believes “Global Britain” is delayed on the runway.

“The U.K. desperately needs this deal,” said an EU official closely involved in the talks ahead of this weeks round. “If the clock is ticking, reality will start to sink in in London. The U.K. might not always have behaved rationally in its negotiations with Brussels, but surely the pandemic and the lack of trade alternatives must lead to some reason in London.”

In the last couple of weeks, the U.K. has experienced a series of delays and setbacks in its other trade negotiations, which it had hoped would put pressure on Brussels to compromise on some of its red lines.

Britain and Japan were unable to announce a new trade deal at the beginning of August as planned, despite intense, high-level political engagement. That deal with Japan will be the first step for London to get into the Comprehensive and Progressive Agreement for Trans-Pacific Partnership (CPTPP) pact.

The deputy prime minister of New Zealand, another CPTPP member country that the U.K. is engaged in bilateral talks with, indicated British negotiators were rusty and unprepared for negotiations, yet attempting to play in the big leagues.

“The EU doesnt have a great record in understanding motivations in London” — David Henig, U.K. director of the European Centre For International Political Economy

And even though the negotiations with Washington will continue throughout the U.S. presidential election season, its hard to see how the Americans will push through a deal before the vote in November. Britains Trade Secretary Liz Truss also didnt succeed in convincing her U.S. counterpart Robert Lighthizer to lift damaging tariffs on British products.

A U.K. official close to the negotiations pushed back on the idea. “I think thats a bit of a stretch,” said the official.

While not publicly acknowledged, the notion that the U.S. negotiations would stretch into 2021 has been widely accepted by U.K. government officials for some time, and the Japan and New Zealand deals represent only a slight economic boost.

“The U.K. governments ambitions for new trade agreements this year always looked unachievable, but this doesnt mean they will change their approach to EU talks and prioritize a deal,” said David Henig, the U.K. director of the European Centre For International Political Economy.

“The EU doesnt have a great record in understanding motivations in London. The politics of Brexit having always been more important than the economics.”

Close, but no cigar

Neither Brussels nor London expect this weeks negotiating round to provide the big breakthrough. Both sides have to reach a deal before the end of October in order to get it ratified by the European and British parliaments in time.

Despite this, the U.K.s negotiator David Frost tweeted Thursday: “Our assessment is that agreement can be reached in September and we will work to achieve this if we can.”

There has been some progress, most notably on the sensitive issue of the governance of the deal. The EU wants the deal to be a single overarching agreement, where a dispute in one area could lead to repercussions in another, but Britain initially wanted a series of mini-agreements with their own governance arrangements.

The U.K. has “heard the EUs concerns about a complex Switzerland-style set of agreements and we are ready to consider simpler structures,” Frost said at the end of July.

In a similar sign of compromise, Brussels acknowledged the political sensitivity of the role of the Court of Justice of the EU in the U.K. Brussels is now looking for legal solutions both sides can live with.

But those signs of goodwill havent been translated into concrete proposals just yet, and the devil might be in the details, meaning an agreement on governance could still be a long way away.

On fisheries, both sides see the contours of a compromise, but given the political sensitivity of the subject, a deal will probably only be made in the endgame of the negotiations.

Brussels is pushing to maintain current quotas and access rights because the EUs fishing communities are highly dependent on access to the waters around Britain. The U.K., on the other hand, has turned the issue into one of national sovereignty, saying it will decide who can fish — and how much they can catch — in its territorial waters.

A compromise will probably give EU fishermen the right to fish in British waters, but cede more quotas to U.K. fishermen.

Things are less straightforward when it come to the level playing field.

“The U.K. wants to regain its regulatory autonomy. OK, we respect that,” Barnier