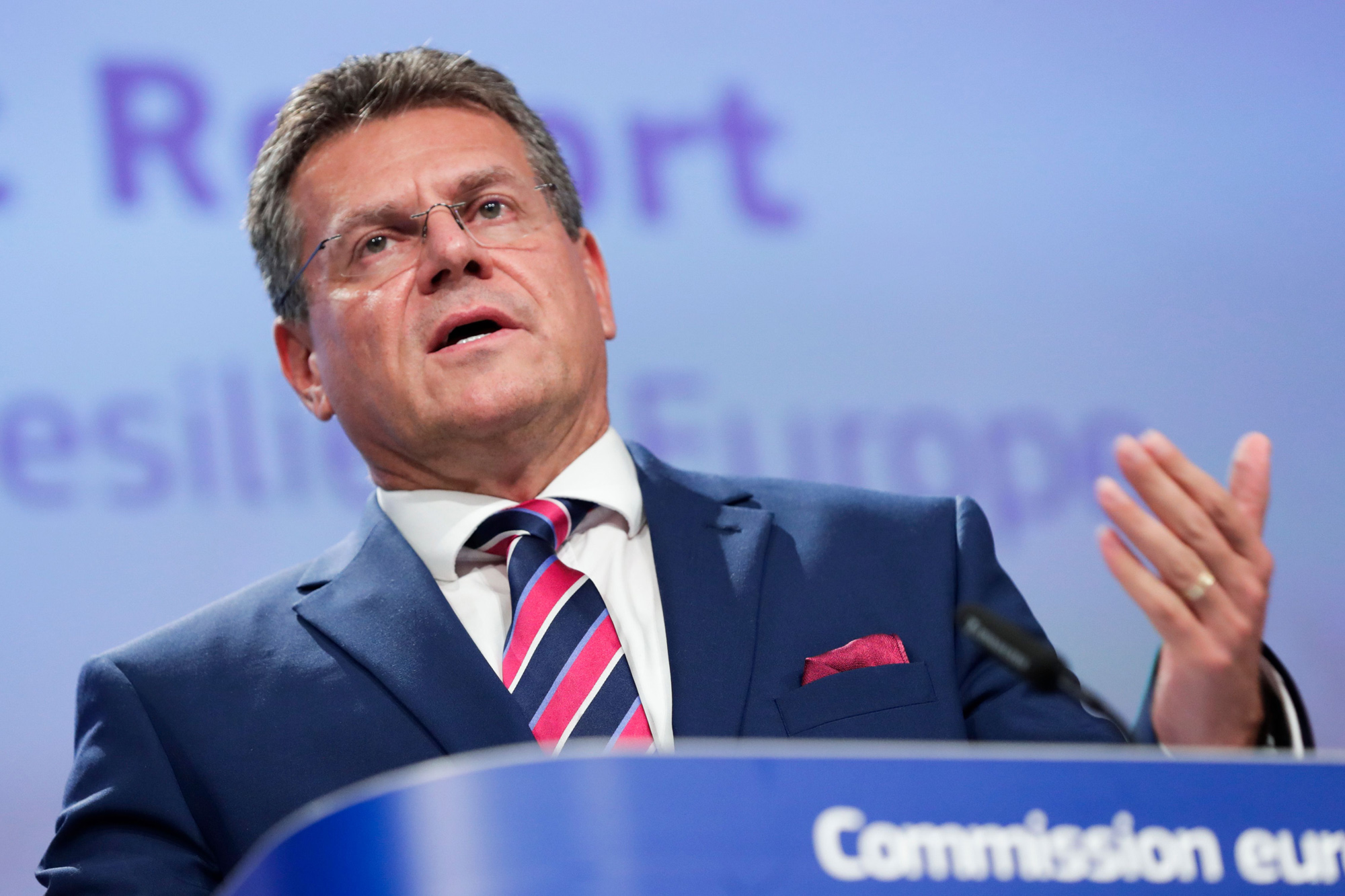 LONDON — An urgent meeting of the EU-U.K. Joint Committee will take place in London on Thursday, EU and British officials confirmed.

European Commission Vice President Maroš Šefčovič and the U.K.s Cabinet Minister Michael Gove will meet in person after the British government admitted that its Internal Market Bill would seek to alter parts of the Brexit Withdrawal Agreement with the EU, breaking international law in a “very specific and limited way.”

The plans rang alarm bells in Brussels, with EU leaders warning against the impact such a move would have on trust with London as the two sides seek a trade deal to continue relations beyond December 31. The plans also infuriated leaders in Scotland and Wales.

Šefčovič called the meeting “so that our U.K. partners elaborate and respond to our strong concerns.”