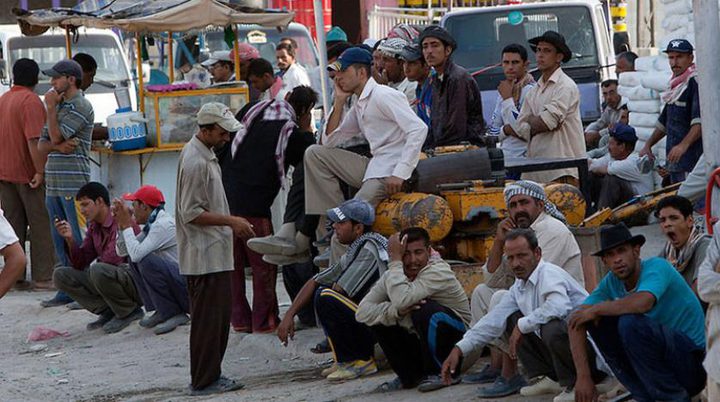 Egypt’s unemployment rate went down to 7.3% in the 2021’s second quarter, down by 0.1% from 7.4% in the first quarter, and down by 2.3% from 2020 second quarter, the Central Agency for Public Mobilization and Statistics (CAPMAS) said.

In the April-June period, the total number of employees fell by 0.6% to 29.115 million, according to CAPMAS. This is compared to 29.284 million in the January-March period, CAPMAS said in a statement on Sunday.

CAPMAS said that the unemployment rate among men reached 5.7% of the total males in the labor force in the current quarter.

The rate reached 15% among females.

The percentage of unemployed people in the age group 15 to 29 years-old during the current quarter was 68.4%.

The agriculture and fishing sector achieved the largest participation rate of workers in economic activities with 5.191 million workers, according to CAPMAS.

The activity of wholesale and retail trade reached 4.120 million, and the number of workers in construction was 3.682 million, the agency said.

Egypt seeks to achieve a 5.4% growth rate in 2021/2022 fiscal year and increase investments to 17.6%, said Minister of Planning and Economic Development Hala El Saeed on Thursday.

The country seeks to contain the rate of inflation to settle at 6%, unemployment at 7.3% and poverty at 28.5%, she said.

All these targets are applicable as Egyptians have a strong will to achieve hoped-for changes and continue the national comprehensive development march under their wise leadership, she said.