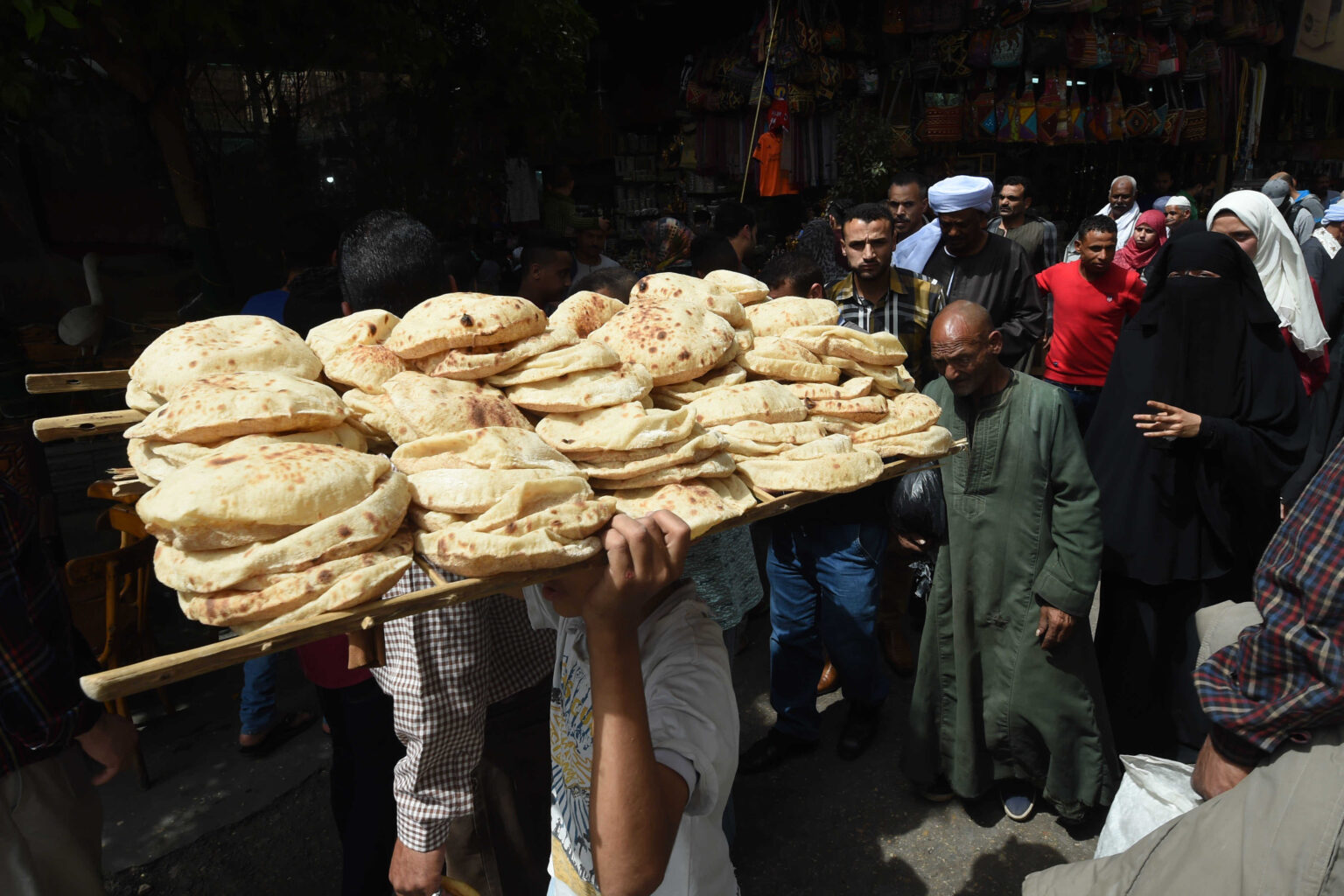 A bread seller walks in the open air market of Khan el Khalili in central Cairo on March 23, 2018. - Egyptians will vote for the presidential election in a March 26-28 poll. (Photo by FETHI BELAID / AFP)

Egypt released new data on food reserves in light of the COVID-19 pandemic. The country said it has amounts enough for 4-6 months.

Ali Al-Moselhy, Minister of Supply and Internal Trade said reserves of sugar are sufficient for three months, oil for about four months, pasta for five months, and poultry for 13 months.

He said the per capita share of subsidized municipal bread rose by 29%, reaching 3.6 loaves per day this year, compared to 2.8 in 2019.

“The number of developed bakeries has reached 30,500, which handle the distribution of subsidized bread and produce from 250 – 270 million loaves per day”.

He said the government is carrying out a plan to make bakeries work on natural gas instead of diesel.

He indicated that his ministry aims to develop more than 5,000 bakeries during the first six months of 2021, at an estimated cost of 150 million Egyptian pounds ($9.5 million).

In the same context of boosting Egypt food reserves, Al-Moselhy said his ministry had succeeded in reducing frozen Poultry kilo prices in the state’s consumer complexes to 30 pounds ($1.9) instead of 37 pounds ($2.3).

He said the ministry intends to provide local production in consumer complexes after achieving self-sufficiency in poultry.

According to Al- Moselhy, Egypt has not imported poultry for the past three months. The country used to need more than 20,000 tons in the past in the same period.

The ministry maintains a strategic reserve of frozen poultry of 15,000 tons, he said.

In terms of rice, the country has three contracts to supply rice until September 2021. He expected to achieve sugar self-sufficiency in 2021, especially in light of production lines development for national sugar companies.

The food basket represents 40% of the inflation factor, and the availability of goods limits its level.

In a related context, the Assistant Minister of Supply and the spokesman for the ministry, Ahmed Kamal, said his ministry seeks to reach a powerful strategic stock of basic commodities during the next year.

He said the current stock is sufficient for at least six months, stressing that this balance is the best Egypt has reached during the past ten years.

He said the government intends to increase reserves to be sufficient for a period of up to eight months. The government aims to do this by expanding the construction of storage facilities.

He referred to the development and modernization of about six wheat mills to raise production from 850 to 1970 tons.

In addition to raising the efficiency of about 21 state silos with a storage capacity of about 530,000 tons, and an investment cost of 60 million pounds ($3.8 million).