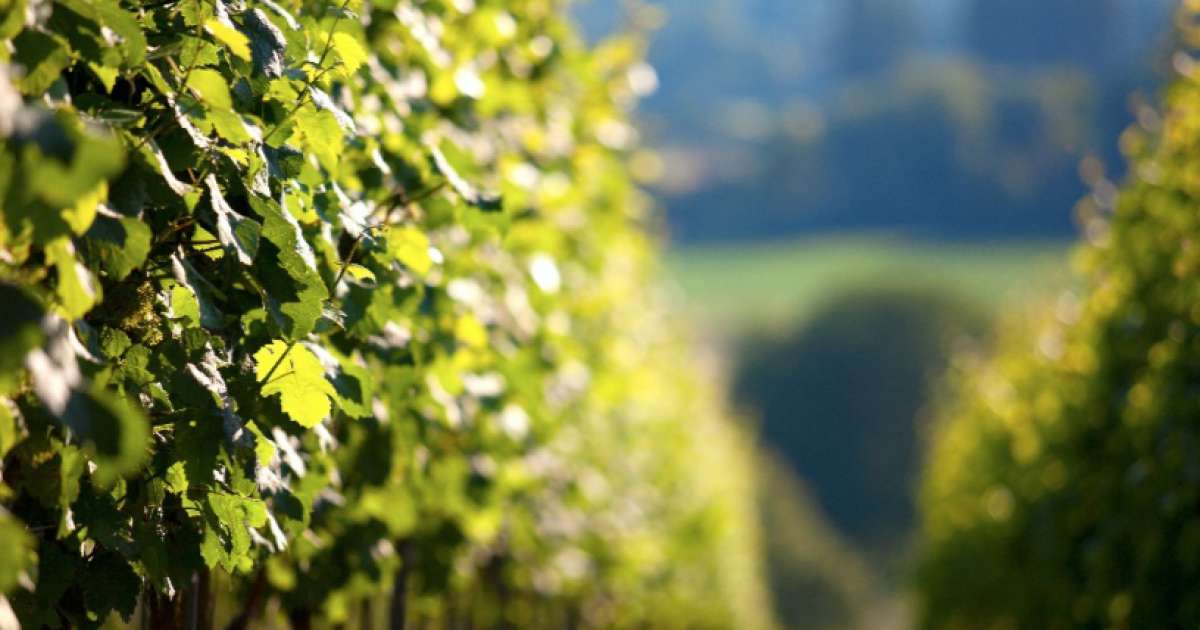 Eden Research PLC (LON:EDEN) grew 6% to 7p before close after its Sustaine encapsulation technology was granted a patent in Australia.

The sustainable biopesticides firm said it is the first patent specifically covering the use of Sustaine with third party active ingredients to be granted anywhere in the world.

These microcapsules are naturally-derived, biodegradable micro-spheres produced from yeast extract, an alternative to plastic-based microencapsulation technologies which are used widely in fertilisers, encapsulated plant protection products, seed coatings and biocides.

Good Energy Group Plc (LON:GOOD) slipped 8% to 173p after swinging to a loss due to the pandemic.

The clean energy producer said demand is slowly starting to recover although the economic uncertainty remains, while it continues to invest in long-term growth.

PipeHawk PLC (LON:PIP) climbed 44% to 6.83p in the afternoon on the back of a contract to provide a 'state of the art' complete manufacturing facility to Isoclad Limited.

The electronic systems group said the project is worth £1.7mln and is due for completion within the current financial year.

The AIM-quoted company focusing on digitising chemistry will have 921mln ordinary shares in issue after the deferred consideration shares are admitted to trading, equalling to as many voting rights.

InfoChem, which makes chemical data-management and synthesis prediction software and tools, was acquired in March 2019.

11.30am: Rurelec jumps after turning to interim profit

Rurelec PLC (LON:RUR) jumped 11% to 1.23p in late morning after swinging to an interim profit thanks to the movement in the exchange rate between sterling and US dollar.

The power generation firm posted a £676mln profit before tax for the six months to June 30 against a £454mln loss the year before.

"The board continues to pursue measures to restore value to the company and its shareholders through prioritisation of receiving cash receipts from the power generation plant in Argentina, selling or developing its assets in Chile and reviewing options for its turbine assets, whilst looking for opportunities to reduce costs throughout the group,” said executive directors Simon Morris and Andy Coveney.

Mountfield Group PLC (LON:MOGP) was the top faller in mid-morning, tumbling 32% to 0.65p after admitting 2019 was a “disappointing year”.

The construction support and property services provider recorded its highest annual turnover, up 23% to £21mln compared to 2018.

However, profit before tax slipped 24% to £840,740 mostly caused by the substantial loss that was incurred on a contract that was completed in 2020.

Elsewhere, Eve Sleep PLC (LON:EVE) dropped 14% to 5.5p after forecasting revenue for the year to December 31 is expected to be at least £22mln, compared to £23mln last year.

However, underlying loss is forecast to be lower than original expectations.

The sleep wellness brands revenue slipped by 5% to £12mln, while loss before tax narrowed 81% to £1mln.

Cerillion PLC (LON:CER) was one of the top risers on Tuesday morning, advancing 14% to 336p on the back of news of its largest-ever contract win.

The AIM-listed firm has been contracted by a major UK provider of enterprise connectivity solutions in a five-year agreement worth £11.2mln.

The software solutions provider will supply and implement its Enterprise BSS/OSS Suite, its pre-integrated end-to-end CRM and billing solution to be delivered immediately.

Similarly, Bidstack Group PLC (LON:BIDS) shot up 22% to 6.18p on the back of an exclusive deal with top tier games studio Ubisoft to deliver native in-game advertising into the Hyper Scape game.

Hyper Scape is Ubisofts free-to-play, urban battle royale game, with a game mode style like Fortnite. It was launched in mid-August.

Bidstack will now deliver in-game ads across PC and console, Xbox and Playstation versions of the game.

OptiBiotix Health PLC (LON:OPTI) has signed a deal with an unnamed US company for the “large scale manufacture and commercialisation” of a line of its SweetBiotix natural alternatives to sugar. The new partner, whose identity is being kept confidential to protect its launch plans, has been granted an exclusive worldwide licence. In return, it will bear the product manufacturing and marketing costs of the roll-out and all future expenditure for a “number” of products. OptiBiotix said it will receive a “modest six-figure payment” on signing the agreement and at 12 monthly intervals until product launch.

Thor Mining PLC (LON:THR) (ASX:THR) has raised just over £1mln from a fundraising round in which key investors and directors featured heavily. Metal Tiger (LON:MTR), the well-known boutique mining finance house that has supported Thor in the past, came in for £150,000, while Artemis Resources Ltd (ASX:ARV) invested £138,000, subject to shareholder approval. Broker SI Capital also invested, as did company directors Mick Billing and Mark McGeough.

Amryt Pharma PLC (NASDAQ: AMYT, LON:AMYT) looks set to receive orphan designation for its preclinical gene therapy for the rare skin condition dystrophic epidermolysis bullosa, which would provide the company with regulatory and financial incentives. A European Medicines Agency (EMA) committee has delivered whats called a “positive opinion” on the drug candidate, which is normally followed 30 days later by full ratification. Orphan status is designed to aid the development and sign-off of life-threatening or chronically debilitating conditions affecting no more than five in 10,000 people. Incentives include ten years EU exclusivity following approval.

Mkango Resources Ltd (LON:MKA) (CVE:MKA) said it has discovered significant showings of titanium dioxide mineralisation in a soil sampling and auger drilling programme at its 869 square kilometre Mchinji licence in Malawi. “Mkango is focused on developing the Songwe rare earth deposit in Phalombe district in Malawi and is looking forward to completing the feasibility study,” Mkangos president, Alexander Lemon said in a statement. “We are very pleased to add this new rutile and ilmenite discovery to our portfolio of projects in Malawi. These early-stage results show similarities in terms of saprolite-hosted mineralisation to the recent rutile discoveries made on the adjoining Sovereign Metals Ltd licence to the east, and suggest the potential for discovering high-grade rutile deposits within Mkango's large licence area, in what could potentially be a new province of rutile mineralisation."

Emmerson PLC (LON:EML) has highlighted “excellent progress” at its Khemisset potash project in Morocco at what it said is a “pivotal time” for the company. The group noted that multiple work streams are currently in progress to further de-risk the project and provide confidence in its finance and due diligence processes, including geological work that will prepare for and finalise the scope of general site investigation as well as a further seismic survey and additional drilling to further prove out early mining blocks. Emmerson also said engagement with potential strategic partners, debt providers and anchor investors is “proceeding well”, with multiple opportunities being investigated and due diligence processes now underway.

Bango PLC (LON:BGO) has reported record revenue growth in the first half of its current year and reiterated its expectation that end-user spending will hit £2bn by the end of the year. For the six months ended June 30, 2020, the mobile commerce specialist reported revenues of £4.77mln, up 50% year-on-year, while adjusted underlying earnings (EBITDA) came in at £1.09mln, more than double the entire 2019 EBITDA of £0.45mln. The company also said end-user spend in the first half was £743mln and “remains on track” to reach £2bn in the year.

Location Sciences Group PLC, (LON:LSAI), the mobile advertising verification group, boosted its revenues and cut losses in the first half of 2020 in spite of widespread coronavirus disruption. Mark Slade, the company's chief executive, said he was encouraged by the progress over the half-year in the face of the problems caused by lockdown restrictions. The group won its first client for the Verify Audience platform earlier this month. Revenue over the six months to June 30, 2020, increased by 43% to £650,000 while its underlying losses (EBITDA) dropped to £335,000 from £901,000.

Corero Network Security PLC (LON:CNS) has reported narrower losses and higher revenues in its first half as it said the rise in home working and internet use during the coronavirus (COVID-19) pandemic has emphasised the relevance of its services and boosted order intake in the period. For the six months ended June 30, 2020, the AIM-listed group posted a pre-tax loss of US$1.2mln, narrowed from a US$1.9mln loss in the prior year, while revenues jumped 48% to US$6.2mln. Annualised recurring revenues also surged 54% to US$8.8mln. The company also noted that revenues from its DDoS protection-as-a-service contracts had more than doubled to US$1.2mln from US$0.5mln last year.

Filta Group Holdings PLC (LON:FLTA), the commercial kitchen services specialist, said sales continued to recover in July as restaurants reopened after the coronavirus (COVID-10) pandemic lockdown. Month on month revenues grew 40% in each of June and July, the AIM-listed group said, though it added that it is mindful of the ongoing uncertainty caused by COVID-19 disruption. Revenues in the half-year to June 30, 2020, were £8.3mln (2019: £12.2m) as, after a good first quarter, COVID-19 and social distancing restrictions had a significant impact.

Eden Research PLC (LON:EDEN) has announced that the patent behind its Sustaine encapsulation technology has been granted in Australia, the first patent specifically covering the use of Sustaine with third party active ingredients to be granted anywhere in the world. The AIM-quoted sustainable biopesticides and plastic-free encapsulation technology company noted that the patent is for 'Encapsulation of High Potency Actives' allowing for the combination of Sustaine with a wide range of active ingredients from third parties. Sustaine microcapsules are naturally-derived, biodegradable micro-spheres produced from yeast extract, and are one of the few viable alternatives to plastic-based microencapsulation technologies which are used widely in fertilisers, encapsulated plant protection products (PPPs), seed coatings, and biocides.

Deltic Energy PLC (LON:DELT) has told investors that its recent portfolio expansion, via the UKs offshore licensing round, was “another major milestone” for the exploration company. The license awards, earlier this month, almost doubled Deltics Read More – Source
[contf]
[contfnew]