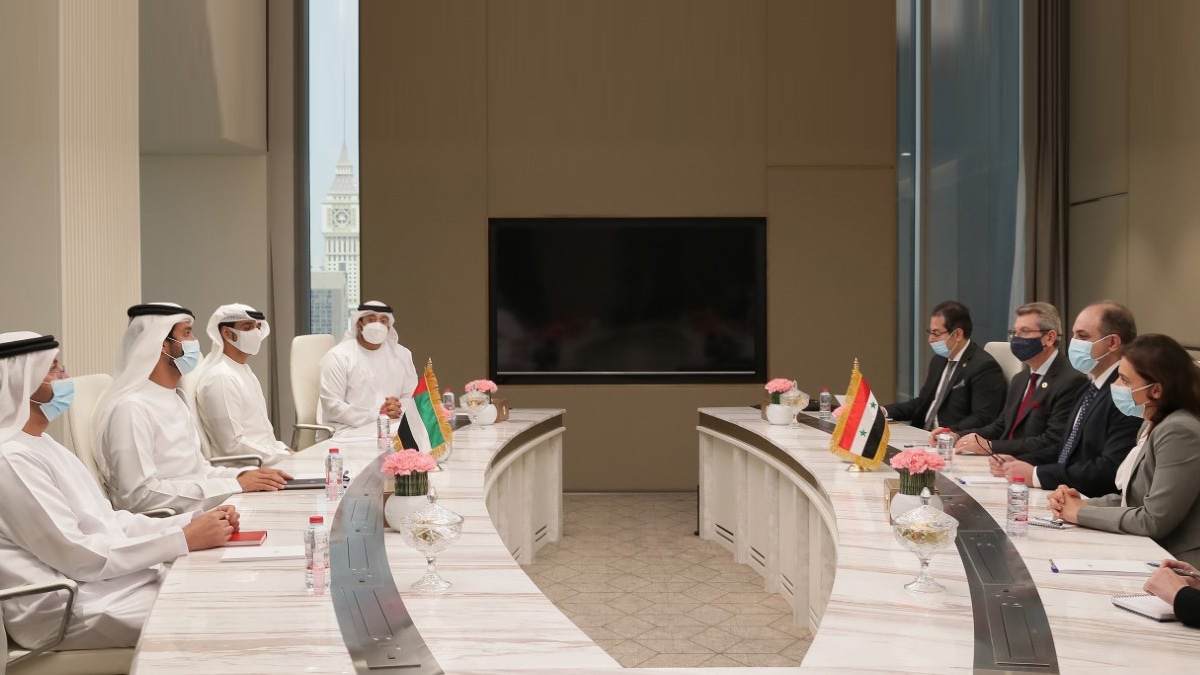 The United Arab Emirates and Syria intend to raise the level of economic and investment cooperation between them, at a time when Syria is searching for a way out of its financial crises and the UAE is seeking to direct its foreign policy.

The economic cooperation talks come at a time when the UAE Minister of Economy, Abdullah bin Touq Al Marri, met his Syrian counterpart, Muhammad Samer Khalil, on Tuesday evening, on the sidelines of the Dubai Trade Fair (Expo 2020), in a rare meeting with a Syrian minister.

Mechanisms for “expanding the horizons of the fruitful and promising partnership between the two countries in the post-Corona era” were discussed, Emirates News Agency (WAM).

While the value of Syrian direct investment in the UAE exceeded 1.5 billion dirhams at the end of 2019 (a dollar equals 3.67 dirhams).

The UAE reopened its embassy in Damascus in December 2018, although Syria is backed by the UAE’s regional rival, Iran.

During the meeting, the two ministers agreed on action plans to create new paths for “economic cooperation” and to develop exchanges in some important sectors on both sides, and they agreed on future plans for joint action during the next stage to enhance the flow of trade.

Partnership between the two countries

UAE Minister of Economy Abdullah bin Touq Al Marri said that the partnership between the two countries in the economic fields is witnessing continuous growth.

During the next stage, we hope to develop relations to achieve higher rates of partnership in a manner that meets the aspirations of the two countries and their economic potentials, and to benefit from new opportunities, especially through investment in vital and future sectors.

The UAE is Syria’s most important trading partner at the global level, and ranks first in the Arab world and third globally, as it accounts for more than 14% of Syria’s foreign trade.

Syria is suffering from a civil war, which has affected the economic and social life in Syria, which lacks hard currencies, fuel and great difficulties in foreign trade.