The Russian lower house has passed in the first reading a bill that counters internet fake news by ordering fines of up to 50 million rubles (US$800,000) for refusal to delete illegal, false or slandering information.

Once the bill is passed into law, all owners of “public networks” or websites that attract over 100,000 visitors daily would have to delete fake news that touches upon important subjects, as well as any other banned topics, within 24 hours of receiving an official request. Network owners are also obliged to create and maintain a register of all such requests and present it to the state internet watchdog, Roskomnadzor, on demand.

The main sponsor of the bill, MP Sergey Boyarsky (United Russia), said that its main purpose was to reply to “modern challenges,” in particular to spreading fake information that slanders citizens, as well as other unlawful information on social networks.

In addition, the bill obliges foreign owners of popular social networks to open affiliates or representative offices in Russia in order to facilitate communication with the authorities.

The head of the State Duma Committee for Information Policies and Communications, Leonid Levin, has said that the committee supported the draft as it would defend ordinary internet users from “waves of fake news,” but also noted that in its current form the draft needed some technical reworking. 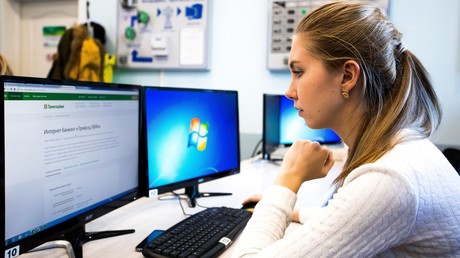 Earlier this month, Boyarsky told reporters that “representatives of the internet industry” had proposed to amend the bill with paragraphs that would describe the personal responsibility of particular users who initiate or support the spreading of fake news and other false information. However, these amendments have so far not been included in the motion. If passed into law, the new amendments would come into force as of July 1, 2018.

In 2016, Russia introduced the so called “right to be forgotten” law that enables citizens to file a personal request to have links to obsolete personal information deleted on indexing services operating in the Russian segment of the internet.

The new law does not permit information concerning criminal prosecutions to be deleted or edited, even if the person has already served their prison term. In addition, a state employee cannot demand that information on their personal income or property be hidden. A search engine has three to 10 days to fulfill a users request, and non-compliance with the law is punished by fines of up to 1 million rubles ($16,000).