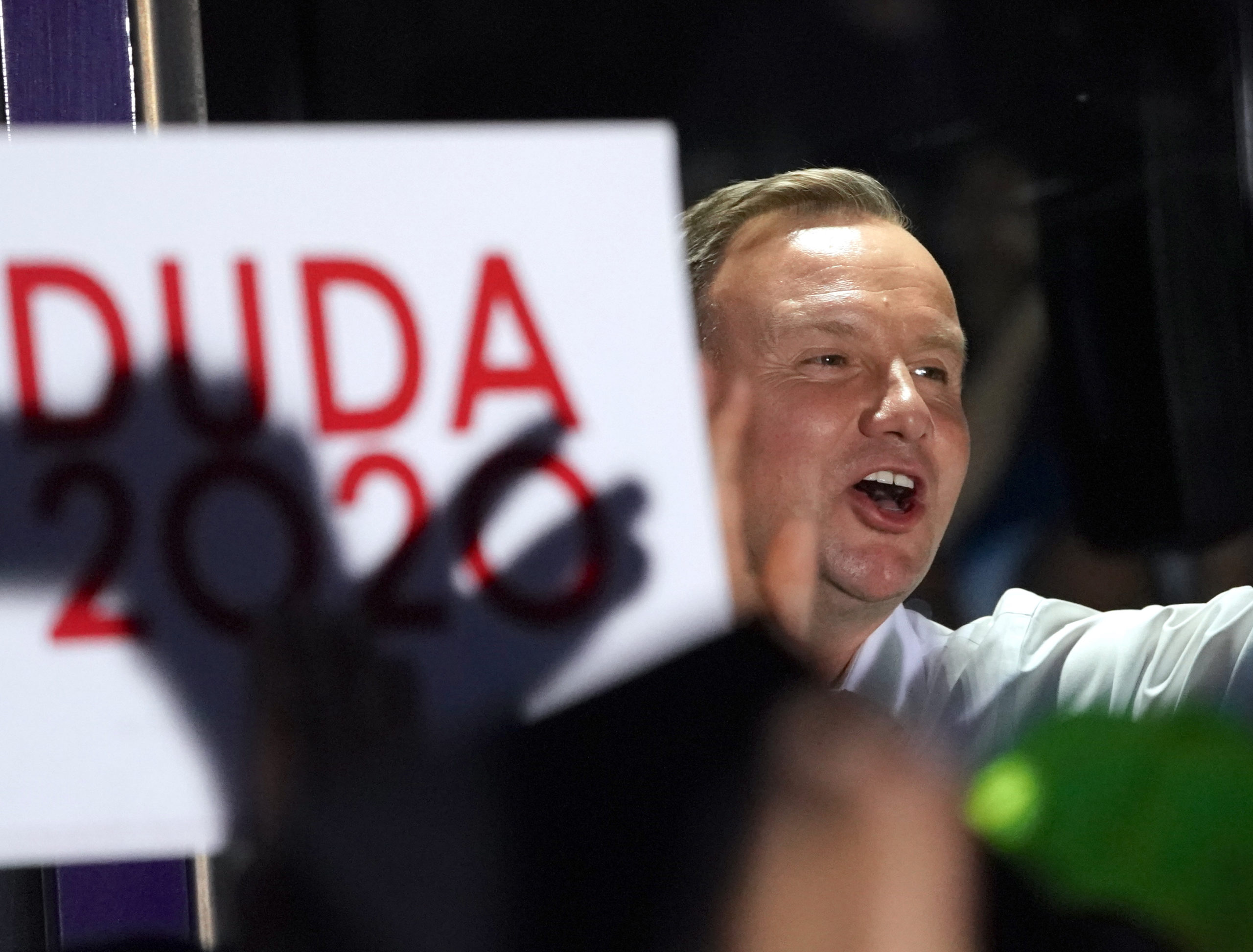 WARSAW — Polands incumbent President Andrzej Duda is seizing on the fears of vaccine skeptics in a bid to gain the edge in whats expected to be a razor-thin presidential election on Sunday.

In recent days, he has escalated this rhetoric to argue against a mandatory coronavirus vaccine in particular and mandatory vaccines in general, pledging on Monday that his government would never require a jab against the coronavirus.

“I am absolutely not in favor of any compulsory vaccinations,” he said at a televised event arranged by the government-owned broadcaster TVP. “Vaccination against coronavirus should absolutely not be mandatory.”

He also said while he had been vaccinated as a child, “I personally never get vaccinated for the flu, because no.”

Duda was immediately lambasted by the opposition. In an effort to walk back the comments, he tweeted: “STOP MANIPULATING” and explained he wasnt against mandatory vaccinations for diseases like “polio, tuberculosis and scarlet fever.” Theres no vaccination for scarlet fever.

In his response to Duda, rival candidate Warsaw Mayor Rafał Trzaskowski stressed there is no current vaccine against coronavirus, but added, “It is hard for me to imagine a situation where the government will mandate that adult people get vaccinated.”

Backed by the nationalist government under the Law and Justice party (PiS), Duda is fighting tooth and nail against the centrist Trzaskowski in Sundays run-off vote, which will decide who will be Polands next president until 2025.

With most recent polls showing the two separated by a statistically insignificant margin, both are scrambling to reach out to voters just beyond their base. In Dudas case, that outreach extends to the far right, where vaccine skepticism is rife.

The far-rights presidential candidate, Krzysztof Bosak, won 1.3 million votes in the first round of the presidential election on June 28. How his voters swing this Sunday could decide the run-off.

A recent poll, carried out by Ipsos for the independent news outlet Oko Press, showed far-right voters are split 44 percent to 34 percent in Dudas favor — but as many as 22 percent are still undecided.

According to Marcin Zaród, a sociologist of science at the University of Warsaw, the number of Polish newborns with parents who reject vaccinations for non-medical reasons is about 50,000 a year.

“The anti-vaccination movement and the far-right are close to each other in their rejection of the liberal state,” he saRead More – Source
[contf]
[contfnew]