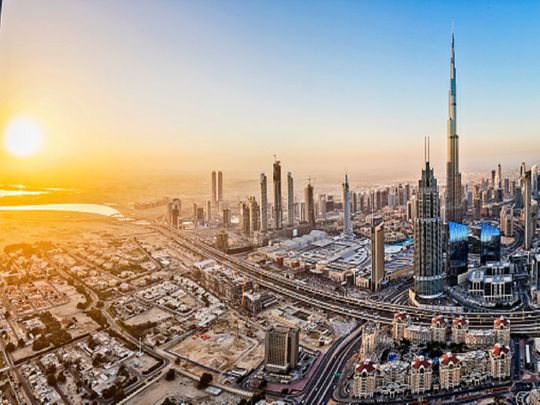 The climb is the joint-fastest rise in output since July 2020, the survey said.

IHS Markit adjusted the Purchasing Managers’ Index (PMI) of the UAE from 51.0 in June to 53.2 in July.

Travel and tourism firms saw the most marked improvement in output growth since June, with wholesale and retail and construction recording faster growth, the group said.

Companies in the UAE recruited at the quickest rate in more than 18 months, although business conditions remained subdued, the group said.

Many companies lowered their charges in spite of rising input prices due to global raw material shortages, although some companies raised their output charges due to higher costs.

“Growth in the Dubai non-oil economy re-accelerated in July, helped by a rise in customer numbers that boosted sales in the travel and tourism and wholesale and retail sectors,” David Owen, Economist at IHS Markit, said.

“This was also a key driver of employment as firms frequently mentioned hiring sales staff, leading to the fastest rate of job creation since November 2019,” he said.

Firms signalled increasing pressure on capacity during July, as levels of outstanding work rose to the greatest extent for more than two years, the survey said.

Those firms that provided an optimistic outlook for the coming year said that economic recovery would depend on vaccine campaigns and Expo 2020 Dubai-related demand.

The uncertain path of the pandemic and the impact of supply side problems dampened growth prospects.

“Businesses will be hoping to build on the economic recovery throughout the rest of the year.”

“At 53.2 in July, the headline PMI was at its second highest in 20 months, to offer further reassurance that the economy is heading in the right direction,” Owen said.