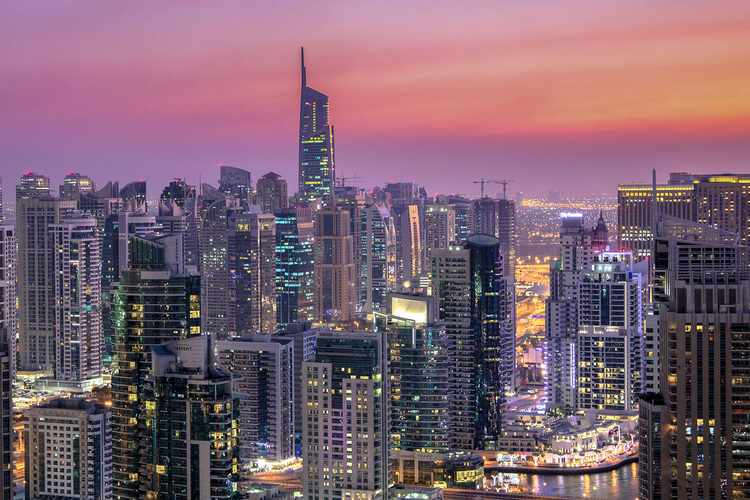 Dubai’s non-oil sector have continued to grow in October due to a strong rebound in new orders and surge in Expo 2020-related tourism, a survey showed today.

The IHS Markit Dubai Purchasing Managers’ Index, seasonally adjusted, rose to 54.5 in October, from 51.5 in September. This is the highest level of improvement in two years.

Growth accelerated across each of the construction, travel and tourism and wholesale and retail sectors, with the latter seeing the greatest pick-up from September.

New business volumes bounced back at the start of the fourth quarter, after a slight fall in September.

The recovery of tourism activity as flights resumed was a prominent factor behind the upturn, according to survey panellists, as visitor numbers surged amid the opening of the Expo 2020.

Although the rise in export sales was the least marked for three months, firms reported an increase in client orders both at home and abroad.

David Owen, Economist at IHS Markit, said: “Dubai began the fourth quarter of the year in a strong position, with PMI data signalling the fastest rise in new orders for two years as Expo 2020 brought increased client demand and tourist numbers. The initial surge in sales contributed to a sharp expansion in activity, suggesting that the economy is well on the way to recovering from the pandemic.”

Supply delivery times fell, for the first time since January indicating higher confidence in the strength of supply chains which were disrupted by COVID-19 measures.

However, the pace of job creation across the non-oil private sector was only marginal despite the general uptick during the month.

Staff hiring was partly linked to a rise in backlogs of work, which was solid despite easing slightly from the previous month.

“Job creation was again signalled across only a small proportion of the survey panel in October. However, with tourism reviving and capacity pressures growing, this will likely improve in the coming months,” said Owen.