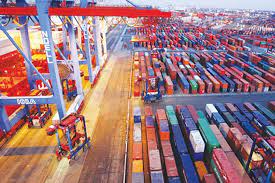 Dubai’s exports and re-exports has surged to 147 billion dirhams ($40 billion) since the beginning of 2021, according to the Dubai Chamber, fuelled by a rebound in trade activity as the Expo 2020 approches.

During August, Dubai Chamber members registered 21.4 billion dirhams in trade. This is a 43.9% increase compared to the same month last year.

The figures indicate that the trade sector in Dubai remains strong despite the current headwinds, according to Hamad Buamin, president and CEO of Dubai Chamber.

“The figures demonstrate the strength and resilience of Dubai’s trade sector, which is seeing increased momentum as Expo 2020 Dubai approaches,” He said.

Dubai Chamber members’ exports and re-exports to the Gulf Cooperation Council (GCC) region alone amounted to 79.6 billion dirhams from January to August this year. This is a 16.4 increase compared to the same period last year.

The region accounted for the biggest share of trade in August, estimated to be around 11.4 billion dirhams, which is a 37% growth compared to July 2021.

Countries outside the region have also shown increased demand, with exports and re-exports to the top ten non-GCC markets growing by 31 percent in the first eight months compared to the same period last year.

Relations with the US

This week, Abdullah Bin Touq Al Marri, Cabinet member and minister of economy, and Dr. Thani Bin Ahmed Al Zeyoudi, minister of state for foreign trade, will have direct talks with US senior officials and private sector representatives in a number of US states in Washington, DC.

The two ministers and their accompanying delegation that include representatives from the UAE public and private sectors will seek the development of bilateral relations and strengthening the economic partnership between the two nations.

The visit comes as an important step forward toward consolidating the UAE’s status as the largest export market for the United States in the Middle East, and one of the major investors in the US economy.

The UAE continues to top the list of the US’s largest export markets in the Middle East for the twelfth consecutive year, with the volume of US exports to the UAE amounting to more than $15 billion in 2020. Investments between the two countries resulted in the creation of 88,000 jobs.