Raab, the ex-Brexit secretary, got just 30, a couple short of the 32 votes needed to progress.

Steward has surged in the poll in recent days, moving from a rank outsider, and past the Home Secretary and former Brexit secretary, to make it into the final five.

"Thank you all so much! Looking forward to the debate tonight," he tweeted after the results were announced, adding: "We seem to have almost doubled our vote again…more to come". 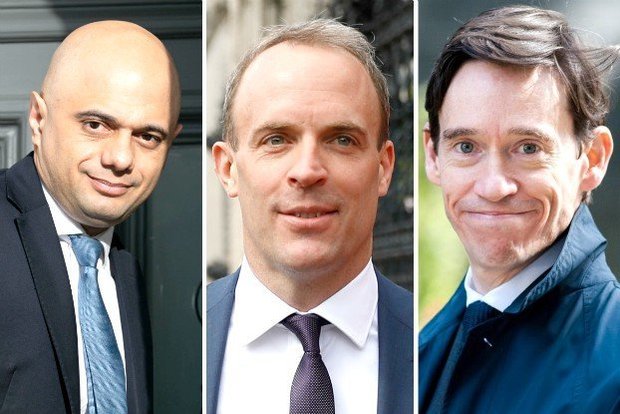 BORIS: The frontrunner has been keeping a low profile in recent weeks (Pic: GETTY)

BORIS: The frontrunner has been keeping a low profile in recent weeks (Pic: GETTY)

The rivals will face off in a public debate later tonight, kicking off at 8pm on BBC One, before a further, third round of voting later this week.

The eliminated candidates will be the one gaining the fewest number of votes from fellow Tory MPs or any failing to secure at least 33 votes.

If Javid pulls out, as the survivor with the fewest votes, the third round of voting could be avoided.

The surviving two names will then be put to a postal vote of the 160,000 Tory party members, beginning on June 22.

The winner – and the new Prime Minister – is expected to be announced around a month later.

Andrea Leadson, the influential former leader of the House of Commons, gave Boris campaign a further boost earlier today by backing him for leader.

The fellow Brexiteer describing him as a proven “election winner”.

Yesterday he repeated his promise to pull the UK out of the EU without a deal in November.

Michal Gove, in contrast, has said he is prepared to delay the divorce date.

Hunt and increasingly Stewart have emerged as popular candidates among those backing a softer form of Brexit.