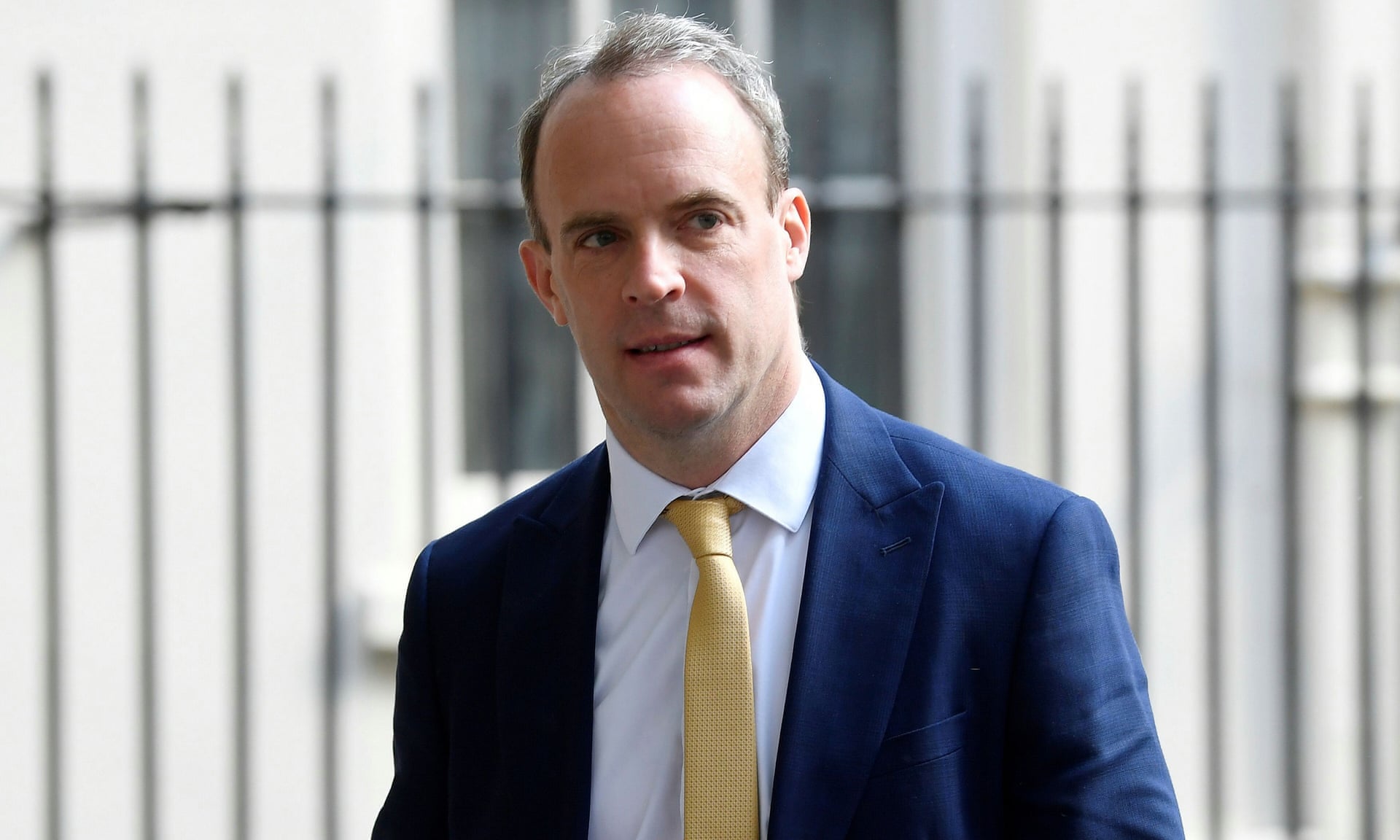 Dominic Raab has moved to quell US president-elect Joe Biden’s fears over Northern Ireland and a no-deal Brexit, saying he would “listen very carefully” to the concerns of US Democrats but said the risk to the Good Friday agreement came from the EU.

Biden, who has Irish roots, has been vocal about the UK’s plans to override parts of the EU withdrawal agreement if no deal is reached with the bloc.

The House of Lords is expected to vote this week to remove parts of the internal markets bill that would break international law by removing some of the commitments in the agreement, something Labour has challenged the government to concede.

During the campaign, Biden said that “any trade deal between the US and UK must be contingent upon respect for the agreement and preventing the return of a hard border”.

The UK foreign secretary said he was sure diplomats would be able to smooth things over in Washington. “I’m confident we will navigate all of those issues sensitively and correctly,” he told the BBC’s The Andrew Marr Show.

“We listen very carefully to the concerns of our American friends. Particularly on the Hill in the Irish lobby they feel very invested in the Good Friday agreement, we understand that. But it is not the UK that is putting it at risk, it is the EU.”

Biden has previously called Boris Johnson the “physical and emotional clone of Donald Trump” and allies of the new Democratic administration have been scathing about the UK prime minister.

Tommy Vietor, the former national security spokesman for Barack Obama, commenting on the prime minister’s congratulatory message to Biden, tweeted that Johnson was a “shapeshifting creep” and added: “We will never forget your racist comments about Obama and slavish devotion to Trump.”

Raab was also pressed on whether he believed there had been irregularities in the US voting system, after he had tweeted “some of the processes are still playing out” in his congratulatory message to Biden.

“I’m not getting dragged in either to the election campaign or the immediate aftermath,” he told Sky’s Sophy Ridge. “We want to avoid getting sucked into the US domestic politics but it is very clear now in our view that there is a definitive result.

“There may be some contest claims of irregularities but we’ve always said we have got full faith in the checks and balances of the American system to reach a clear result, and they’ve done that now.”

Asked repeatedly if all votes should be counted in an election, Raab said “in principle, yes, of course” but said he did not want to be drawn into the controversies in the US.

“We really don’t want to get drawn into the cut and thrust, the controversies, the claims, the counter-claims, either in the election or in the immediate aftermath, and that is we respect Americans’ rights to choose for themselves and we respect the checks and balances in the American system which will produce, as they have, a clear result.”

Asked whether he was fuelling conspiracists in his congratulatory tweet, Raab said: “No, I think that’s a very partisan skew on it… Frankly there are those who want to criticise the UK at this point in time, come what may, on whatever we say and whatever this Government says, but I’m going to focus on the substance.

“People complain about interference in our politics here – I think it is right to tread carefully and sensitively, particularly after what was clearly a very close election, far closer than the media or the pundits expected, and has been contentious in all sorts of ways.”