Abbott said deportation targets, landlord checks and bank account freezes brought in to create a “hostile environment” for illegal immigrants will be scrapped under Labour.

During a speech on immigration at the IPPR think-tank in London, Abbott outlined what a Labour governments immigration policy would look like in the wake of the Windrush scandal.

The MP for Hackney North and Stoke Newington said the Windrush scandal was a “direct consequence” of Mrs Mays policy to make life difficult for illegal immigrants.

Under the rules, private landlords, employers and banks are required to make immigration status checks while the Home Office sets deportation targets. 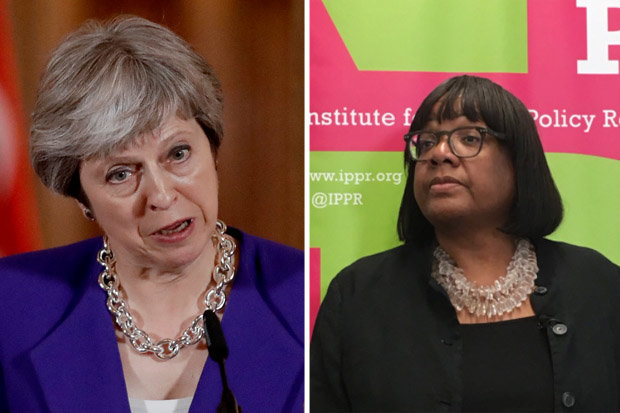 Labour would end all elements of the policy, including the minimum income requirements for migrants to bring spouses and children to the UK from abroad, she announced.

The “scandalous practice” of making the children of people born in Britain pay for citizenship would be ditched along with indefinite detention for immigration cases.

The announcement comes after new Home Secretary Sajid Javid disclosed on Tuesday that 63 members of the so-called "Windrush generation" may have been wrongly removed or deported. 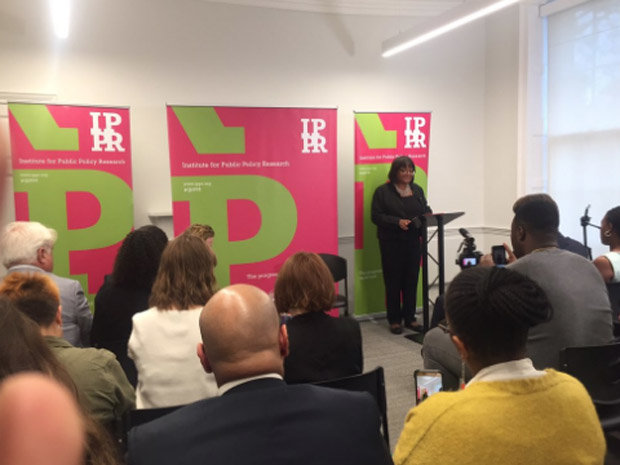 YOUR FAULT: Diane Abbott blamed Theresa May for the Windrush scandal

“Labour will end this scandalous practice”

The scandal erupted when former Home Secretary Amber Rudd told MPs there were no deportation targets, but rowed back just 24 hours, admitting she had "misled" them.

Abbott blamed Mrs May for the troubles experienced by the Windrush generation, who came to the UK from the Commonwealth in the post-war decades.

She called on Javid to make good a promise to restore full citizenship rights for all Commonwealth citizens who arrived before 1973.

Diane Abbott has a long history of making terrible gaffes. This election campaign has seen some of her most spectacular yet, but here are 10 of her best in all their glory 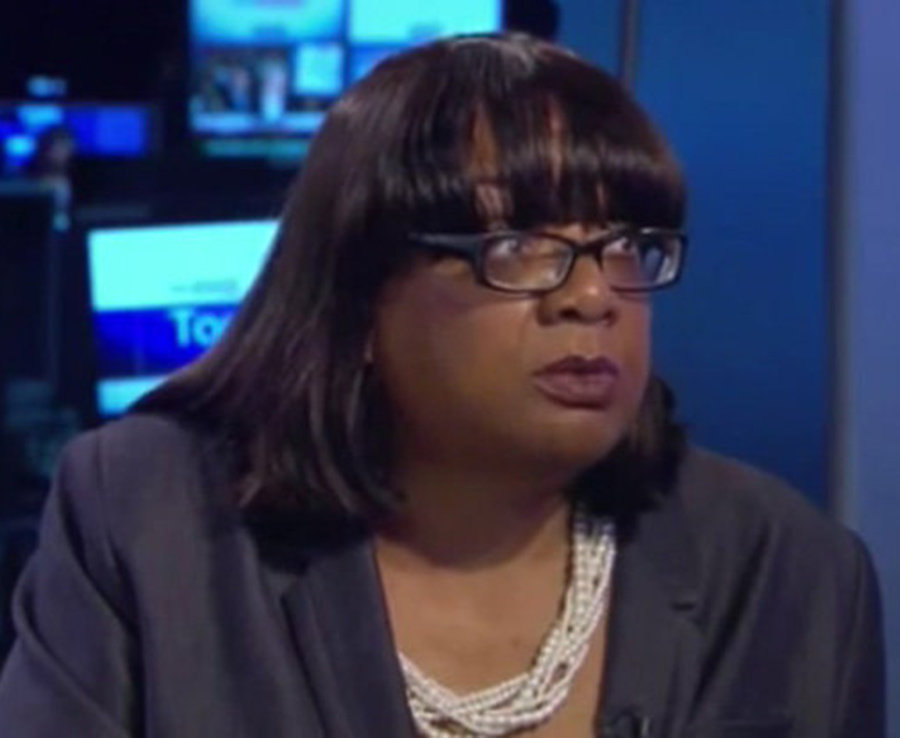 In an interview on LBC radio, Abbott suggested that hiring 10,000 police officers would cost £300,000. Meaning each officer would earn £30 a year

"The Windrush scandal goes to the very heart of Theresa May's hostile environment policy – it was not accidental – it is a direct consequence of government policy," she said.

"Sajid Javid made a promise to make things right for the people who have been treated so appalling by his Government.

"He should start by restoring full rights of citizenship for all Commonwealth citizens, which his party removed and which has contributed to the tragedies that have fallen on the Windrush generation.

"Children that have been born here should not have to pay over £1,000 to obtain legal citizenship, simply because their parents were not born in this country. It is theirs as a right, just like it is my right and the right of most people in this room today.

"Labour will end this scandalous practice.”