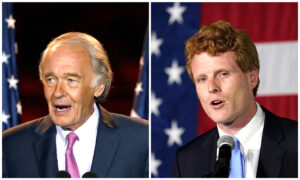 Democrats are threatening to expand the Supreme Court and pack it with their own judges if the GOP moves forward with filling a vacancy left after Justice Ruth Bader Ginsburg's death last week. Sen. Ed Markey (D-Mass.) wrote in a statement: "Mitch McConnell set the precedent. No Supreme Court vacancies filled in an election year. If he violates it, when Democrats control the Senate in the next Congress, we must abolish the filibuster and expand the Supreme Court." Rep. Joe Kennedy (D-Mass.) also wrote that if McConnell, the Republican Senate majority leader, "holds a vote in 2020 … we pack the court in 2Read More From Source
[contf]
[contfnew]