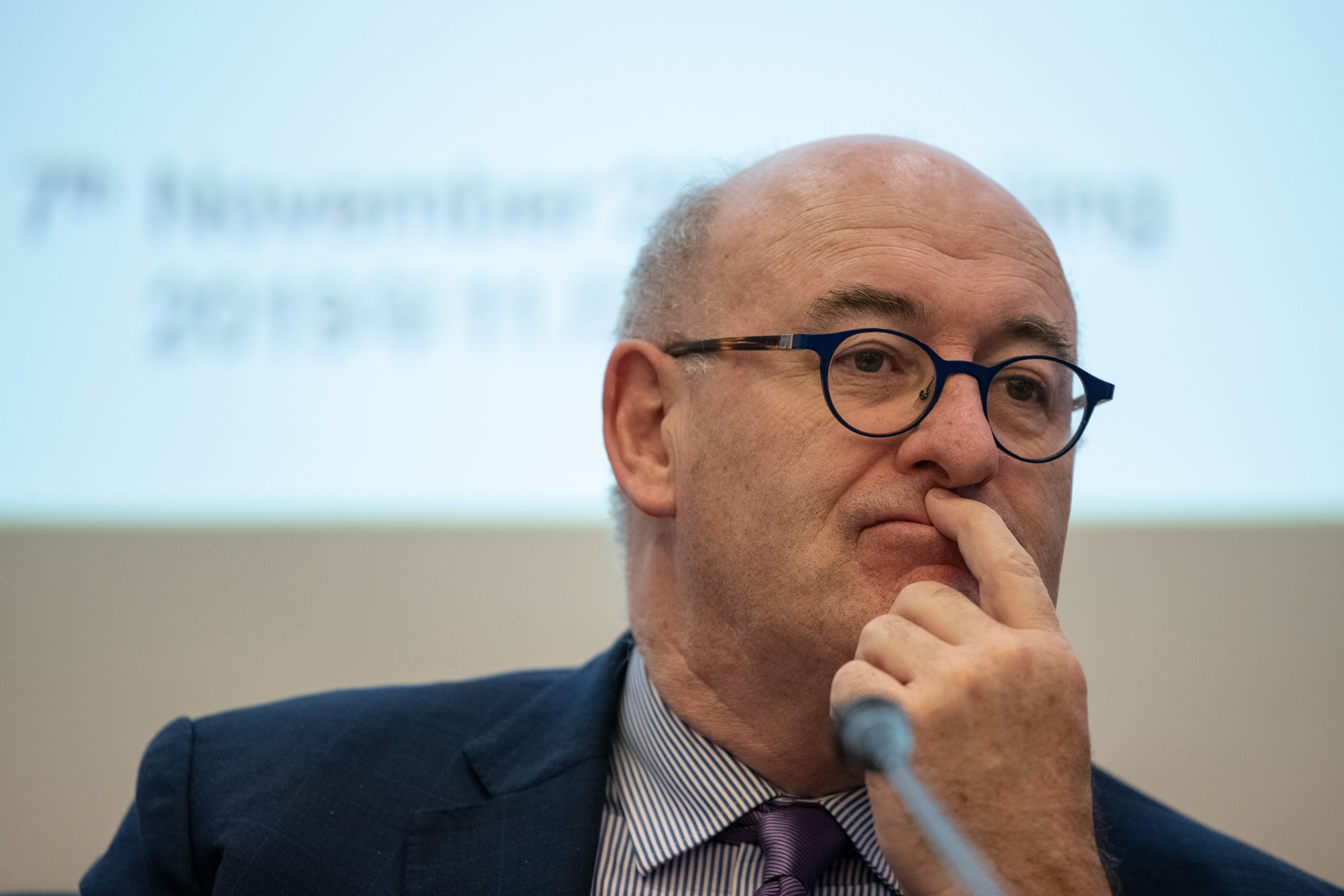 EU Trade Commissioner Phil Hogan on Sunday defied calls from the government in Dublin that he should consider quitting his post in Brussels after he broke coronavirus rules to attend a packed golfing soirée.

The golf dinner at a hotel in Irelands west coast county of Galway on Wednesday triggered an explosion of political fury because some of the countrys political, legal and media top brass flouted pandemic regulations while much of the population is limiting interactions with friends and family.

On Sunday, however, the EU trade chief indicated his resignation was not on the cards and issued a fuller apology for his trip to the three-star hotel in Clifden.

“I acknowledge my actions have touched a nerve for the people of Ireland, something for which I am profoundly sorry,” Hogan wrote. “I realise fully the unnecessary stress, risk and offense caused to the people of Ireland by my attendance at such an event, at such a difficult time for all, and I am extremely sorry for this.”

Hogan has a reputation as a hardy political brawler and his career has weathered waves of hostility in Ireland before.

In reference to the call from Martin and Varadkar that he weigh up his future, Hogan simply said had “listened carefully to their views, which I respect.” As he is an EU official, the Irish government cannot unilaterally remove the commissioner.

Hogan has a reputation as a hardy political brawler and his career has weathered waves of hostility in Ireland before, particularly over the introduction of water charges amid the financial crisis. More recently, many of the countrys farmers have expressed anger over his role in securing a trade deal with the South American Mercosur bloc, which they fear could undermine Irelands beef sector.

While not widely popular, he is viewed as a tough negotiator, however. This could prove important for Irelands national interests as Brexit talks look headed for a messy endgame. Trade is one of the most powerful portfolios in the European Commission and there is no guarantee that Dublin would keep the slot if Hogan quits.

Appointing a new commissioner could also expose fissures within the coalition government, in which Martins Fianna Fáil and Hogans own Fine Gael both play a role.

Fine Gaels Varadkar also struck a far softer tone on Hogan in a radio interview with broadcaster RTÉ on Sunday afternoon, noting that Hogan had defended himself by saying that as a non-resident in Ireland he was not as familiar with the coronavirus guidelines as a cabinet minister. The agriculture minister, who shared the same table at the golf event as Hogan, had to resign.

When asked whether he was now satisfied with Hogan, Varadkar said: “I think the apology helps, it would have been better if it had come sooner, but it definitely helps.” The deputy premier added that he had confidence in Hogans ability to do his job as trade commissioner.

Jim OCallaghan, a Fianna Fáil lawmaker, who spoke on the same radio show also stressed the importance of keeping an Irishman in the key EU portfolio, suggesting a broader cooling of the tensions between Hogan and the Irish government.

When challenged about why the government on Sunday seemed to be rowing back on its tough stance on Hogan and whether Dublin was creating a rift with their man in Brussels, Varadkar let slip an indication that there had been some political theater involved. “I think it was important we understood and reflected the public mood,” he said.