The proposal was detailed by an aide to the head of the Crimean Republic, Sergey Strelbitsky, as he spoke at the Zdravnitsa (Health Source) conference that has recently taken place in Kislovodsk – Russias major spa location in the North Caucasus.

Strelbitsky told forum participants that Crimean government considered it reasonable to grant 30-day visa free stay for people who arrive in Russia for medical treatment in local clinics and resorts. Foreigners who want to spend more time in Russian medical institutions could get a special 6-month visa through a sped up and simplified procedure.

“Six months will be enough for any medical procedure, including rehabilitation. Such visa options exist in Japan and in many other developed countries and it is time to introduce them in our country,” the official said in comments with Kommersant daily.

He added that the influx of foreign patients would give Russian clinics both the funds needed for modernization and the understanding of high international standards needed for competitive performance.

Strelbitsky went on to suggest that the introduction of visa-free medical tourism would help to “break the sanctions regime.” 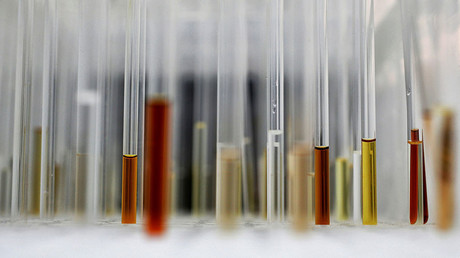 “This is a decent reply to the sanctions, to the information war that is being waged against our country. Foreigners would see with their own eyes how we live here. If we are talking about Crimea, they would see for themselves that Crimea is a part of Russia,” he said.

Kommersant also quoted unnamed sources in the Russian Health Ministry as saying that the proposal was being considered and that Strelbitskys initiative did not contradict plans of the Russian government. The sources, however, gave no other details.

According to Russian Health Ministry statistics about 33,000 foreign citizens received treatment in Russian medical institutions in 2015. In 2016 this figure increased to 86,000 and in 2017 – to 110,000. In mid-2017 Health Minister Veronika Skvortsova revealed that most foreign patients were visiting Russia to get dental procedures, reproductive medicine, orthopedics and brain surgery.