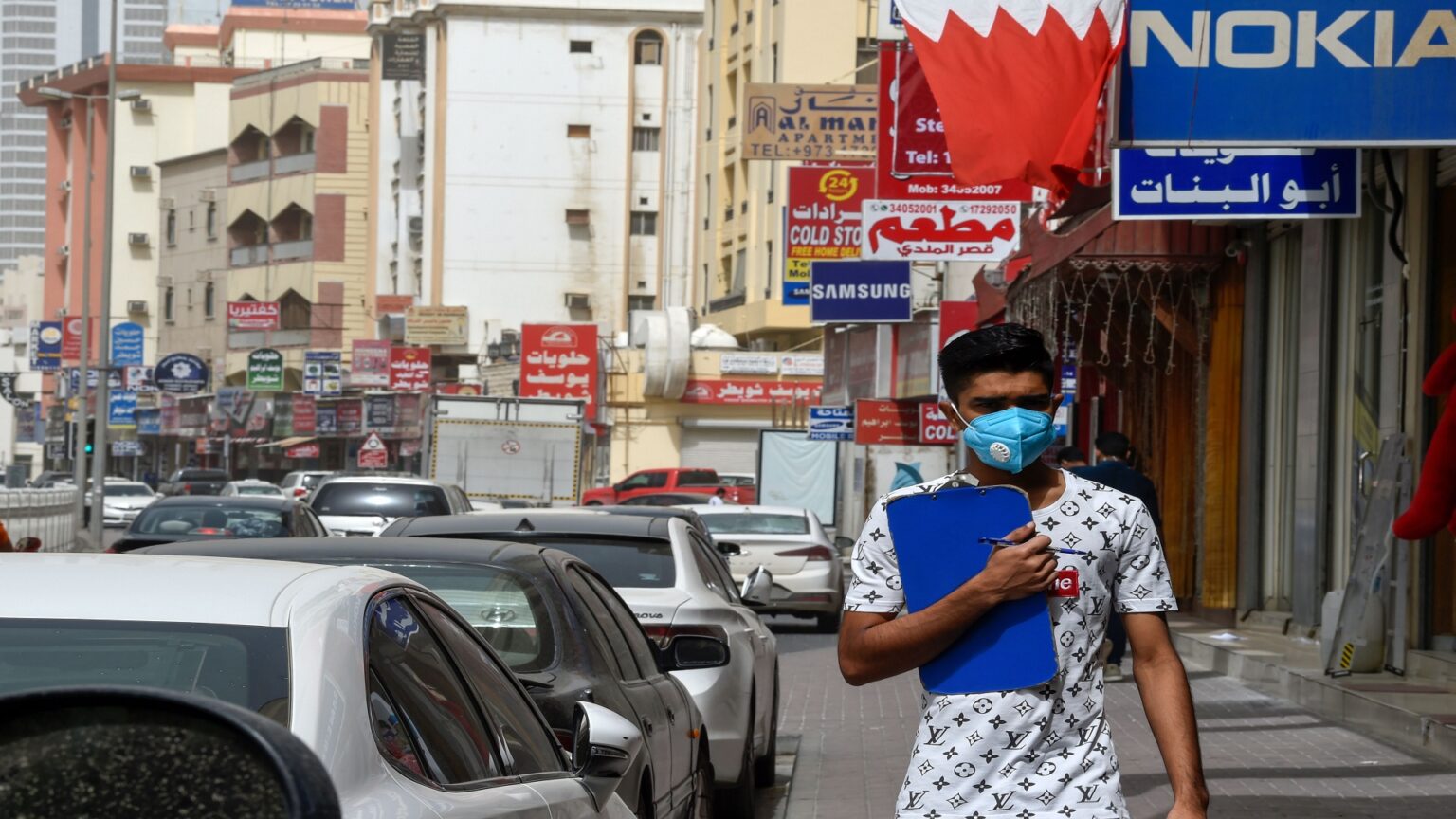 A man wearing a surgical mask is pictured in the heart of the Bahraini capital Manama on February 26, 2020. - The first case of novel coronavirus (COVID-19) in Bahrain was of a man who had transported children to three schools after returning home from Iran via Dubai airport, on February 21. The increasing toll since led authorities to ban citizens from travelling to Iran "until further notice", and suspend "all public and private schools as well as nurseries for two weeks", according to the official news agency. (Photo by Mazen Mahdi / AFP) (Photo by MAZEN MAHDI/AFP via Getty Images)

The Coronavirus still impacts all Bahraini economic sectors, including the banking sector.

Adnan Yousef, CEO of Al Baraka Banking Group, and President of the Bahrain Association of Banks (BAB), said in televised statements: “The Coronavirus pandemic has caused many problems and imbalances in different countries of the world”.

He said there are some hope in how to overcome this pandemic in the world.

This crisis affected many sectors, in particular the services sector, including aviation, hotels, transportation and restaurants, he said.

He said, aviation sector alone needs more than $150 billion to be rehabilitated again so that it can resume work again.

This crisis affected banks, but not as much as transportation sector and other services.

“Coronavirus came in light of a contraction in the global economy, and in conjunction with a decrease in oil prices and exports around the world”.

He added that all these developments had a very strong impact on the economy and the financial and service institutions.

In terms of the future prospects for the economy, Adnan Youssef said: “The year 2020 was expected to witness an economic crisis. Indeed, the economic crisis occurred. But, the Coronavirus crisis overshadowed it.”

Some countries, the US on top of them, are making initiatives to accelerate the pace of economic movement. Indeed, some positive indicators have appeared in the movement of the economy.

As for the Gulf states, they depend entirely on oil prices to rise above $60 per barrel. So, there will be a breakthrough, which will enable them to add new resources to be spent on modern projects.

If oil price exceeds $60, the Gulf states will be able to resume their suspended projects activities during this period. But, should the price remains below 50, growth will be delayed.

Youssef said he thinks oil price will, in fact, rise above 60. That is, because China and Asia have already started a rapid economic movement. This will give a strong impetus to the rise in the price of oil.

Asian countries depend on the gulf for oil.

We do not expect Europe to import more oil. European imports have almost stopped.

Speaking of the impact of normalization with Israel on the Bahraini banking sector, and if there are plans for joint projects between the two sides, he said:

“There is coordination and cooperation between the government agencies in the two countries. And, the Ministries of Foreign Affairs and Trade have visits and exchange of delegations.”

He said the banking sector is a private sector. It will go where the interest of the institution and the client is available. If there is no interests, there will be no cooperation.

GCC banks at a crossroads